Longtime Jewish community leader Rita Semel will be honored on Feb. 4 at the Institute on Aging’s 37th annual fundraising event, Dinner à la Heart, at the St. Francis Yacht Club in San Francisco. Semel, 98, was director of the S.F.-based Jewish Community Relations Council, is a founding member and past chair of the San Francisco Interfaith Council and trustee emerita of the Graduate Theological Union’s board of trustees. She was also a reporter and editor at the Jewish Bulletin, as this publication formerly was known. Semel is a longtime friend and supporter of Dr. Lawrence Feigenbaum, founder of the nation’s first adult day health program at Mount Zion Hospital. This program eventually became the Institute on Aging, now San Francisco’s largest nonprofit serving the senior community.

Stephanie Levin, chief engagement and innovation officer at the Peninsula JCC in Foster City, is one of 15 Jewish professionals nationwide selected for the Wexner Field Fellowship. The Wexner Foundation program provides fellows with ongoing professional development through in-person gatherings with other fellows and virtual meetings. Levin was PJCC’s camp director from 1999 to 2002 and returned in 2007 in her current role. She has also worked at Berkeley Hillel and JCCSF.

Philanthropist Bonnie Tenenbaum received the David Waksberg Award for Sustained Impact in Jewish Education from Jewish LearningWorks during a luncheon at the recent “Elevate: Inspiring New Paths in Jewish Education” conference. Tenenbaum was recognized for her “outstanding leadership and commitment to improving Jewish education in our community.” The new award was established to honor David Waksberg, Jewish LearningWorks’ outgoing director.

Congregation Beth David in Saratoga received one of the Solomon Schechter Awards from the United Synagogue of Conservative Judaism on Dec. 9 during the 20/20 Judaism convention in Boston. The awards “recognize initiatives that shape the authentic and dynamic experience of Conservative Judaism.” Beth David was one of four synagogues recognized in the “Kehilla (Sacred Community)” category. The synagogue won for Rabbi Jaymee Alpert’s “moving meditation” service, which combines hikes in the woods with elements of a traditional Shabbat morning service.

Jared Saal, a seventh-grader at Gideon Hausner Jewish Day School in Palo Alto, has qualified for the United States National Junior Olympics in cross-country on Dec. 14 in Madison, Wisconsin. Saal placed 45th out of 387 young runners from across the country. He is the son of Susan and Nate Saal and grandson of Harry and Carol Saal, all of whom are very active in the Bay Area Jewish community.

Chabad of North Peninsula held its siyyum hashas on Jan. 12. The siyyum is a global celebration of the completion of the 7-year Daf Yomi (Daily Page) cycle, in which Jews all over the world study every page of the Talmud, one page per day. About 250 people attended the event, which included a festive meal, study, personal testimonies and a performance by the popular Maccabeats a cappella group. Chabad of North Peninsula executive director Rabbi Yossi Marcus and community member Bobby Lent both completed Daf Yomi, studying together. “If I can do it, you can do it. Pick a tractate and study it, beginning to end, ideally with a study partner,” Lent told the crowd. The keynote speaker was Rabbi Ephraim Mintz, executive director of Chabad’s Jewish Learning Institute. Rabbi Reuven Goldstein of Cupertino Chabad showed off selections of his private Talmud collection, including a volume of the first printed edition of the Talmud from the 16th century.

Mayor London Breed has appointed Bob Tandler as the new chair of the San Francisco-Haifa Sister City Committee. Tandler has previously served on the boards of the S.F.-based Jewish Community Federation, San Francisco Hillel, Berkeley Hillel, JCCSF, Jewish Community Relations Council and the S.F. General Hospital Foundation. The outgoing chair is Arthur Wachtel. “[Wachtel’s] commitment to the committee has been paramount to its success,” S.F.-based Israeli consul Shlomi Kofman said in a press release. Kofman highlighted Wachtel’s role in organizing the late Mayor Ed Lee’s visit to Israel in 2016. Tandler is “the perfect fit for this role and will bring us into the next stages of international cooperation,” Kofman added.

Jonathan Bernstein has left his position as executive director of the San Francisco Bay Area region of the Friends of the Israel Defense Forces. “Together in the past seven years, we increased donations in the San Francisco Bay Area region from $575,000 to over $2,500,000,” he wrote in an email to local FIDF supporters. “Our local community is now doing its part to comfort the bereaved, heal the wounded, embrace the lone soldiers and support the educational goals of those who put their lives on the line for all of us.”

Zvi Weiss will step down as head of school of Yavneh Day School in Palo Alto to become head of school at the San Diego Jewish Academy in San Diego. Weiss previously served as director of childhood and family education at the Oshman Family JCC in Palo Alto.

Kehillah Jewish High School in Palo Alto has selected Daisy Pellant as its new head of school. She will replace Rabbi Darren Kleinberg, who has served in the position for seven years. Pellant has a Ph.D. in developmental psychology from the online institution Capella University and masters degree in education from Harvard University. “Dr. Pellant shares the Board’s passion for Kehillah’s powerful commitment to preparing young people to be leaders and critical thinkers in a rapidly changing world through a program with timeless Jewish ideas and values at its core,” board chair Roger Rosner wrote in an email to Kehillah parents. “I am both excited and humbled to introduce myself as the new Head of School for Kehillah Jewish High School,” Pellant said in the same email. “I was initially drawn to the description of Kehillah as a unique offering within the Silicon Valley educational landscape, balancing academic excellence with holistic support.”

Elizheva Hurvich will step down as youth and family education director at Congregation Netivot Shalom in Berkeley at the end of the school year. “When I took the position, I stepped into a full-time role on a part-time basis. I simultaneously started Rabbinical studies with the intent of balancing work, studies, and parenting a young child,” Hurvich wrote in an email to congregants. “Given the demands of the job, I have found it requires a full-time commitment, which is not sustainable for me at this time.” Said Netivot Rabbi Chai Levy in the same email, “We thank her for her hard work and passion, and we are grateful that she will stay with us through the end of the school year. We are fortunate to have had Elizheva with us these two years to breathe new life into our youth and family programming.” 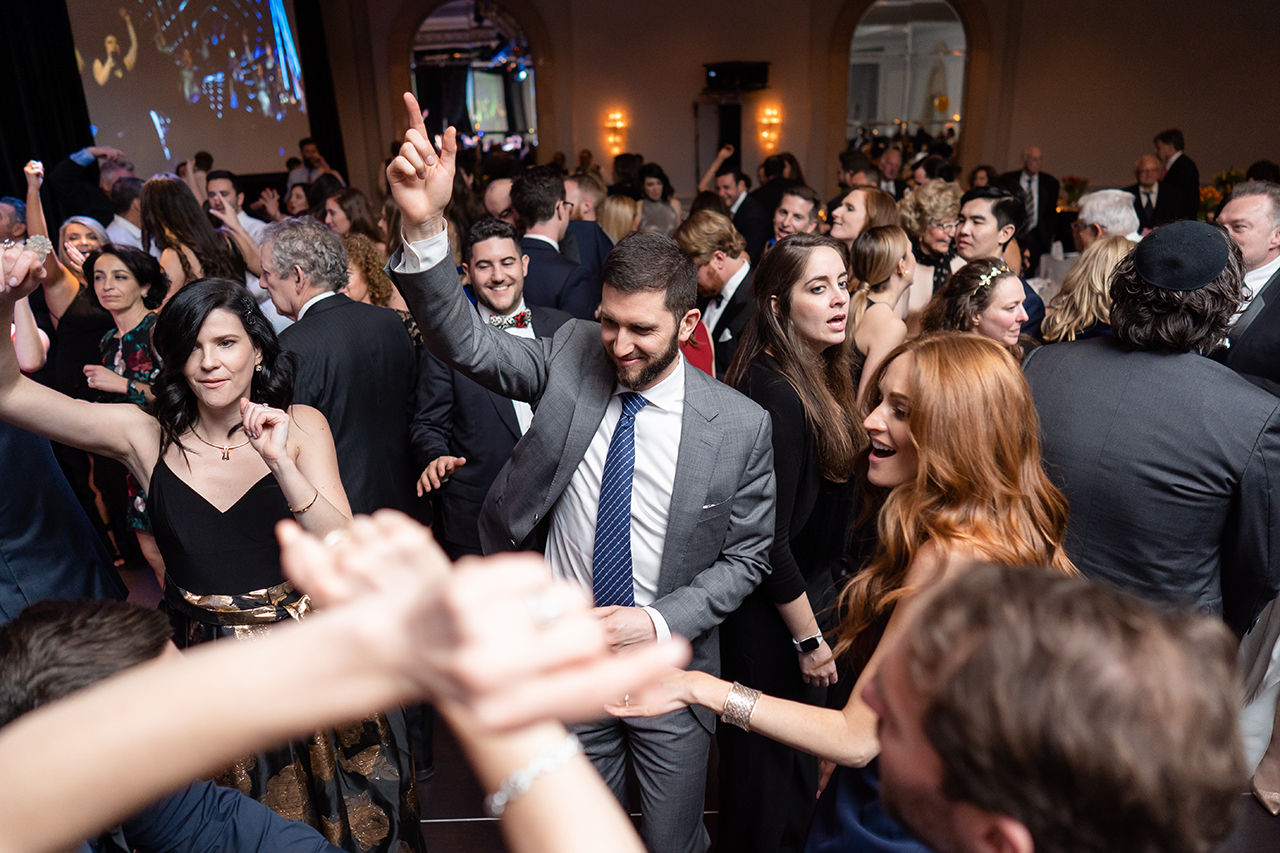 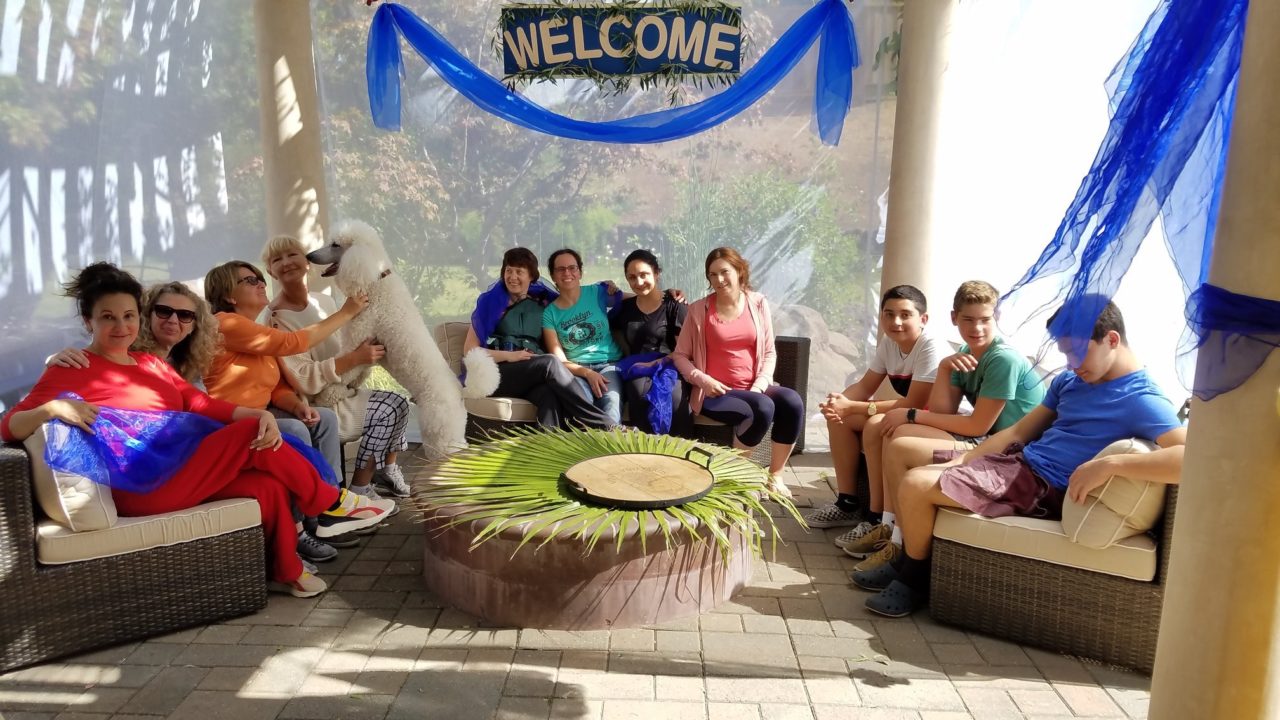