Kirk Douglas, movie star who reconnected to Judaism later in life, dies at 103

Kirk Douglas, the legendary actor who portrayed legions of tough guys and embraced his Jewish heritage later in life, died at his home in Beverly Hills on Wednesday. He was 103.

Over a career that spanned 87 films — including 73 big screen features and 14 television films — the blond, blue-eyed Douglas, dimpled chin thrust forward, was often cast as the toughest guy around, vanquishing hordes of Romans, Vikings and assorted bad guys.

Thrice nominated for an Academy Award and a recipient of an Oscar for lifetime achievement and a Presidential Medal of Freedom, Douglas evolved from an egocentric and promiscuous young man into a multi-talented actor, director, author, philanthropist and student of Torah who left a deep imprint on both Hollywood and the Jewish people.

Douglas was also the author of 11 books, ranging from personal memoirs and a Holocaust-themed novel for young readers to a collection of poetry dedicated to his wife.

“Most stars of his stature are shaped out of mythic clay,” the director Steven Spielberg said in presenting Douglas with the lifetime achievement Oscar in 1996. “Kirk Douglas never chose that. He doesn’t have a single character that makes him unique. Instead he has a singular honesty, a drive to be inimitable.”

Douglas was born Issur Danielovitch in 1916 in the upstate New York town of Amsterdam, the son of an illiterate Russian-Jewish immigrant who supported his six daughters and one son as a rag picker and junk man.

A chance to escape came shortly after his bar mitzvah, when the Sons of Israel Synagogue offered to underwrite his rabbinical studies. Douglas firmly declined, declaring that he would become an actor. He held fast to that ambition while attending Saint Lawrence University on a wrestling scholarship and during World War II service in the U.S. Navy.

His first movie role came in 1946, when he played Barbara Stanwyck’s husband in “The Strange Love of Martha Ivers.” Douglas received favorable reviews, but his career wouldn’t really take off until three years (and six films) later, when he portrayed Midge Kelly, a ferocious and amoral boxer in “Champion.” The performance earned him an Academy Award nomination for Best Actor.

During the 1950s and 60s, Douglas ranked consistently as one of Hollywood’s top male stars for his single-minded focus on his craft, while also squeezing in Broadway and television appearances. He was also known for egocentricity in a town with no shortage of oversized egos and for bedding an endless string of women, from movie queens to casual pick-ups.

In the 1950s, he starred in 23 movies. He earned Oscar nominations for Best Actor for “The Bad and the Beautiful” and “Lust for Life.” And in 1953, he starred as a Holocaust survivor in “The Juggler,” the first Hollywood feature to be filmed in Israel.

He opened the decade of the 1960s with “Spartacus,” perhaps his most enduring movie, in which he played the leader of a slave rebellion in ancient Rome. The film won four Oscars, though none for Douglas.

But Douglas did distinguish himself for insisting that writer Dalton Trumbo, who had been blacklisted as a Communist for a decade but continued to write under a pseudonym, be credited onscreen despite dire warnings that such a provocation would end his own Hollywood career. Douglas was honored for that stance in 2011 by the San Francisco Jewish Film Festival.

With increasing fame and fortune, Douglas showed little interest in Jewish practice, though there were exceptions. “I always fasted on Yom Kippur,” he told a reporter. “I still worked on the movie set, but I fasted. And let me tell you, it’s not easy making love to Lana Turner on an empty stomach.”

In his later years, Douglas would come to embrace his Jewishness, a shift he dates to a near-fatal collision in 1991 between his helicopter and a stunt plane in which two younger men died. The crash compressed his spine by three inches. While lying in a hospital bed with excruciating back pain, he started pondering the meaning of his life.

“I came to believe that I was spared because I had never come to grips with what it means to be Jewish,” he said.

Douglas embarked on an intensive regime of Torah study with a number of young rabbis and celebrated a second bar mitzvah at age 83, telling the Hollywood luminaries crammed into the 200-seat chapel at Sinai Temple for the occasion: “Today, I am a man.”

Neither of his two wives — the late actress Diana Dill and Anne Buydens, whom he married in 1954 — were Jewish, and none of his children were raised in the faith. But his oldest son, the actor Michael Douglas, has reconnected with Judaism and won the 2015 Genesis Prize, a $1 million award recognizing Jews of great accomplishment who exhibit Jewish values.

In 2014, at Douglas’ 50th wedding anniversary, Buydens startled the guests by announcing that she had converted to Judaism. “Kirk has been married to two shiksas and it’s about time he married a nice Jewish girl,” she proclaimed.

In 1996, Douglas suffered a stroke which left him speechless. He fell into a deep depression that nearly led him to take his own life.

A few months later, he made his first public appearance to accept the lifetime achievement award. “Whether he’s dealing with a character on screen, or with the all-too-real effect of a recent stroke, courage remains Kirk Douglas’ personal and professional hallmark,” Spielberg said in presenting the award.

Through rigorous speech therapy, Douglas taught himself to speak again – slowly, with a slight slur. He later published a book about the experience, titled “My Stroke of Luck.”

Among his other books are “Let’s Face It,” which proclaimed that romance begins at 80; “I am Spartacus,” focusing on making the film and breaking the blacklist; and “Climbing the Mountain,” with traced his search for spirituality and Jewish identity.

In 2014, at 98, he published his first book of poetry, “Life Could Be Verse,” in which he expressed his enduring love for his wife as well as his heartbreak at the death of his youngest son Eric, who died of a self-induced drug overdose.

Along with his wife, Douglas has given over $100 million to charitable causes in the United United States and Israel. The couple have established close to 400 playgrounds in poorer sections of Los Angeles and Jerusalem, an Alzheimer’s hospital unit, and a theater facing the Western Wall featuring films on the history of Judaism and Jerusalem. 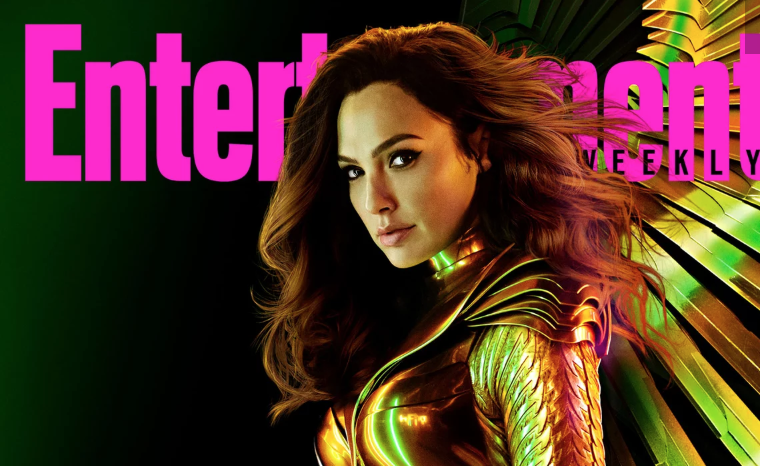 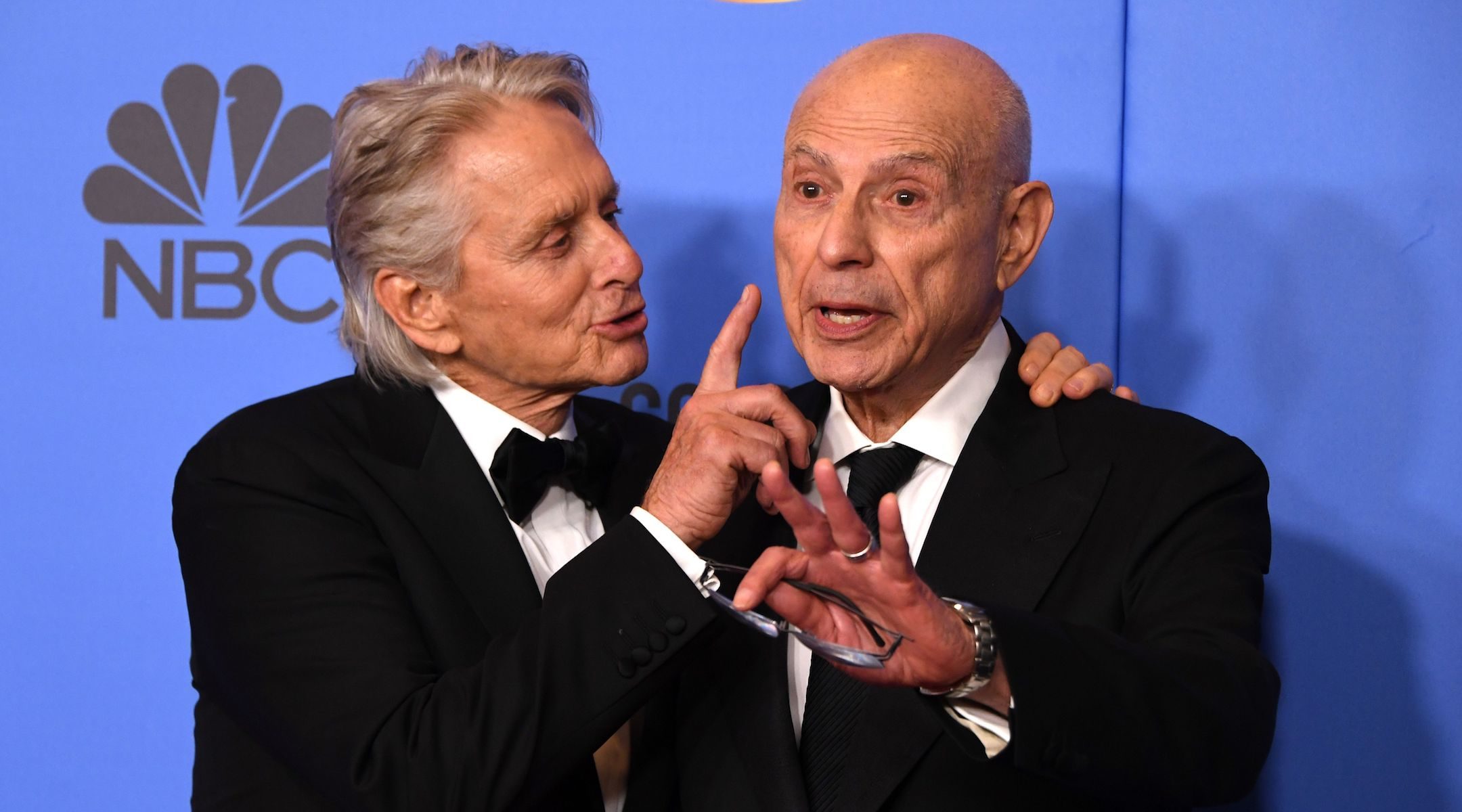