A strange place for AIPAC — the left of a peace plan

The Kushner plan puts AIPAC in an odd place: For the first time in its history, the largest Israel lobby in the U.S. finds itself to the left of a Middle East peace plan.

AIPAC has sustained its backing for a two-state solution, while the Trump administration and the government of Israeli Prime Minister Benjamin Netanyahu have retreated from it.

President Donald Trump’s recently released plan restores the phrase “two states,” but Netanyahu has said he does not see the terminology as determinative of statehood. The plan explicitly counts out some trappings of statehood for the Palestinians, including an independent foreign and defense policy.

Before the plan was released, AIPAC made clear it might be supportive, but wanted more information. That looks likely to come at the lobby’s conference on March 1-3: Three of the plan’s mapping committee members will speak, including U.S. Ambassador to Israel David Friedman; Aryeh Lightstone, Friedman’s senior adviser; and Ron Dermer, the Israeli ambassador to the United States.

Notably, a number of Obama administration veterans who have voiced skepticism of the plan, to varying degrees, also will speak. They include Dennis Ross and David Makovsky of the Washington Institute for Near East Policy, and Daniel Shapiro, who is now at Israel’s Institute for National Security Studies. So will two officials of the Israel Policy Forum, which has lambasted the plan.

How to read the tea leaves at the AIPAC conference

So how do we know how AIPAC feels about the plan? Considering how tight-lipped the group can be, figuring that out is harder than it seems.

For example, don’t pay attention to applause for the plan — AIPAC’s grassroots supporters are famously to the right of its leadership and likely will be wild for its provisions entrenching Israel in the West Bank. Instead, watch for whether panels in the plenary and the sidebars address the plan, and whether they include skeptics as well as supporters. See, too, if the moderators ask the plan’s architects probing questions about its viability.

Watch for the legislation that AIPAC asks its activists to push on the conference’s final day, when they lobby their Congress members. Does it include anything that explicitly supports the plan? (A handful of Democrats have said they see positives, which may give any AIPAC initiative the bipartisan backing that is the lobby’s sine qua non.) Or is the plan ignored? Is there any language in the talking points that explicitly refers to two states?

The Trump and Netanyahu governments meanwhile have solicited some Jewish establishment support for the plan. The Conference of Presidents of Major American Jewish Organizations paid a historic visit to Saudi Arabia at the behest of Washington and Jerusalem, in part to lobby for a Saudi buy-in to the plan. On that front at least, the mission seemed to be somewhat of a bust — at least in terms of public diplomacy: There were no photo ops to come out of the trip, there was no Saudi statement and the delegation did not meet with the kingdom’s most senior leadership.

J Street is lobbying against the plan, and more than a hundred Democrats wrote Trump to blast the plan as unviable in part because it lacks Palestinian input. The letter was spearheaded by two Jewish Democrats, Andy Levin of Michigan and Alan Lowenthal of California.

Mikey didn’t like it: Former New York Mayor Mike Bloomberg endured his first debate in the Democratic presidential stakes on Wednesday in Las Vegas. My colleague Philissa Cramer describes the big fat target the billionaire had on his back.

Minnesota not so nice: First came the revelations that Rep. Ilhan Omar, D-Minn., had questioned the appropriateness of pro-Israel lobbying. Then came the revelation that Jason Lewis, a Republican from the state running for Senate, had done pretty much the same. In Omar’s case, the Republican Jewish Coalition used her as a cudgel to bash Democrats. In Lewis’ case … well, the RJC chair is fundraising for him.

Guns and organizers: The Jewish Council for Public Affairs, the umbrella body for Jewish public policy groups across the country, has a long and tortuous process for coming to consensus. It’s notable, then, that this year, three of its six resolutions placed the group directly at odds with the Trump administration: on gun control, union rights and judicial appointments.

At The American Prospect, Mairav Zonszein writes that Bernie Sanders’ Jewish outreach may be as much about projecting a policy of inclusion to all minorities as it is about getting out the Jewish vote.

This guy, who we’ll call Hans, is everywhere. But that is not the look of a bodyguard. Who are you, Hans? https://t.co/x6hT6lZe2K

Sweet Meteor O’Death, who ran for president in 2016, identifies a bearded man he calls Hans who seems to appear in every Bloomberg campaign photo. Stu Loeser, a Bloomberg consultant, says the revelation is the first time the campaign has been unsettled. 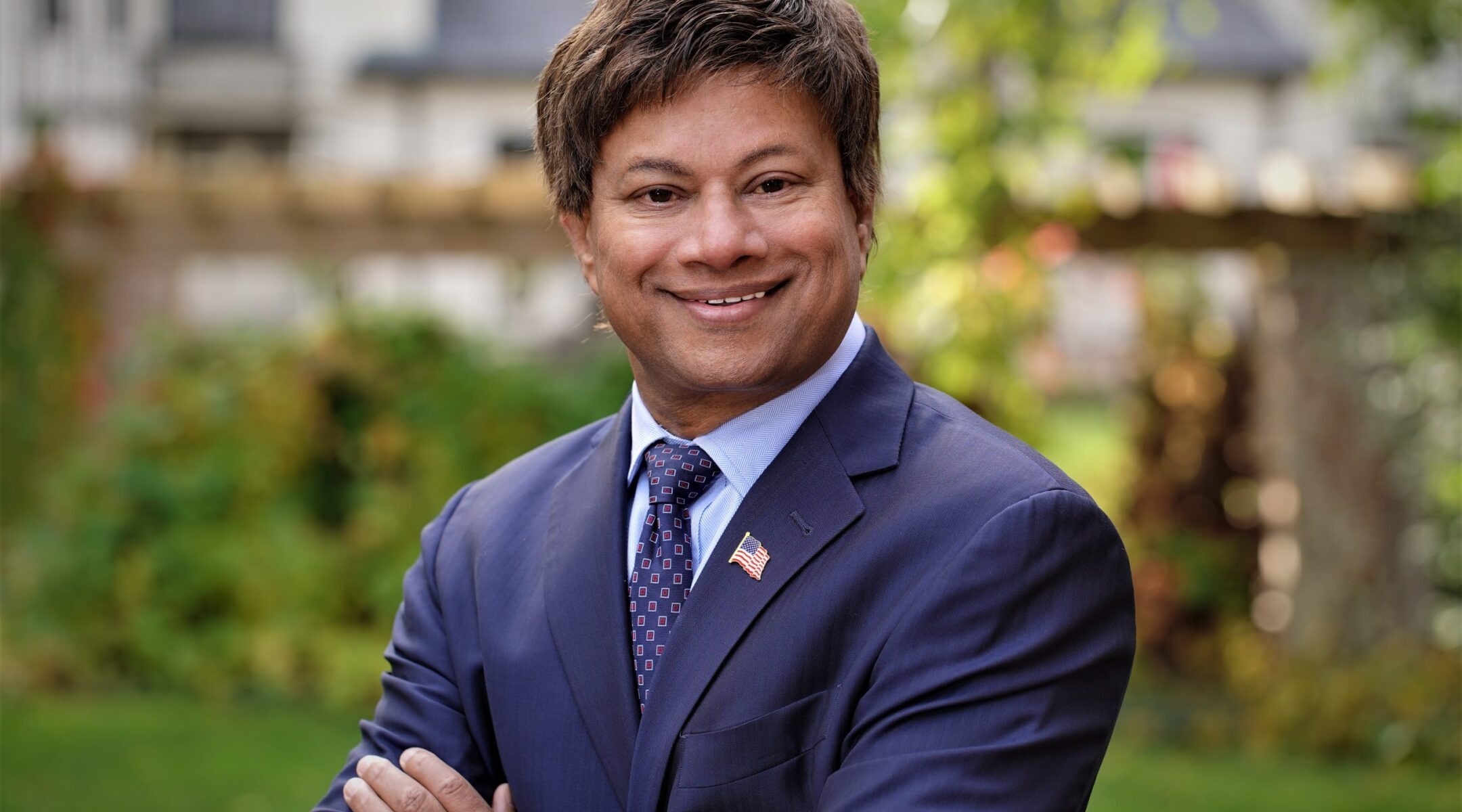 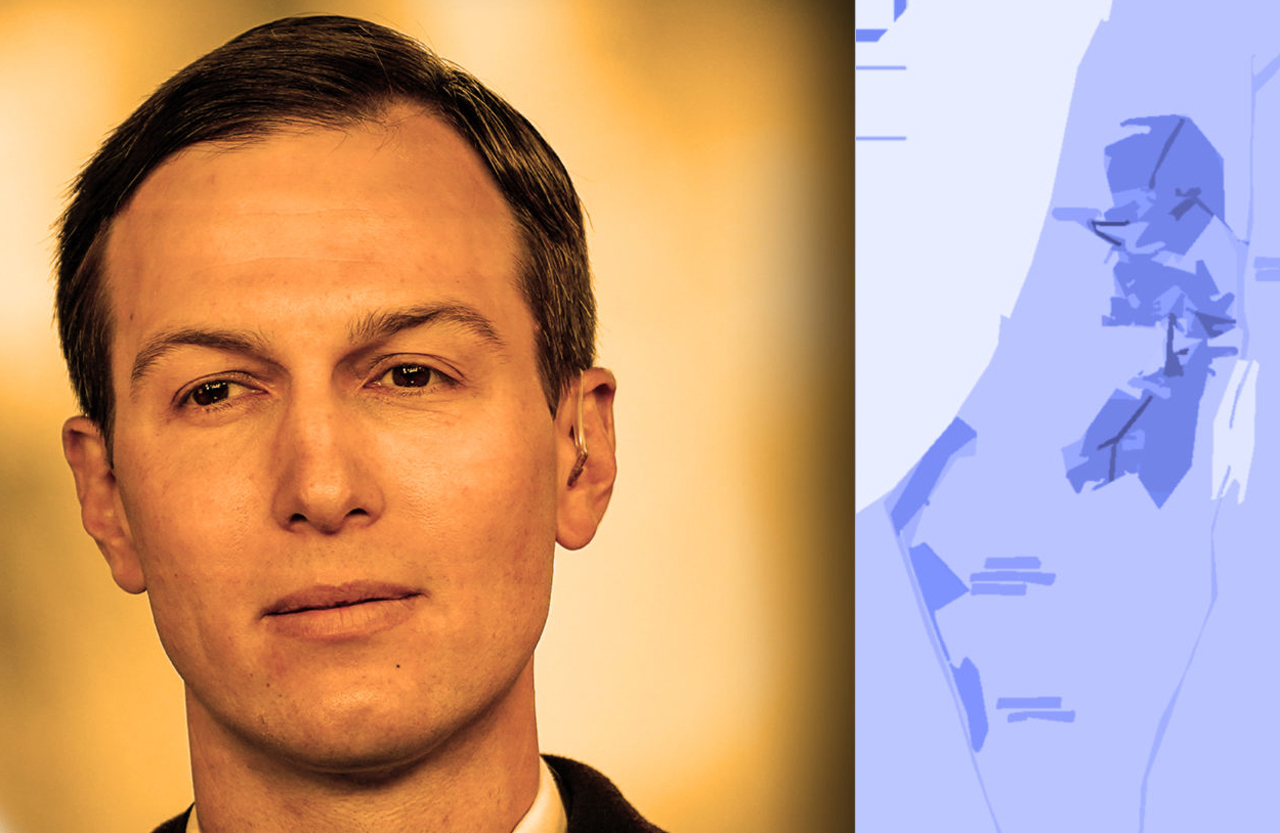