Bay Area artist Aimee Golant has long been known for her jewelry and Judaica, but her recent work has sent her in a new direction: trying to bridge the gap between Orthodox Jews and the non-Orthodox.

“One of my driving goals is to create more peace in the world,” she told J recently. “And in going out of our community to share Judaism, I suddenly realized I needed to turn toward our community, to heal some of the polarity there.”

Golant admits she has had ambivalent feelings about Orthodox Jews in the past, especially since her father grew up Orthodox before choosing a less-observant lifestyle.

A sixth-generation metal artist and the granddaughter of Holocaust survivors, she has made everything from mezuzahs to Torah crowns to pendants, and she also has worked as a Jewish educator.

Her new project began when she was asked by a potential client to create a custom-made bracelet with a priestly blessing inscribed on the inside — a blessing that, traditionally, only Cohens are allowed to give.

Now here’s the twist: Golant’s father is a Cohen, and she and her sister are the last Cohens in that line of their family. So making the requested bracelet was sort of like a Cohen delivering the Priestly Blessing.

In light of that, Golant said, “I’ve had a really unbelievable experience. Some things have happened that I didn’t expect at all.”

For example, the assignment led to several intense dreams, the kind that cause a person to bolt upright in bed.

“If you give someone such a bracelet, you want God to turn toward them and grant them peace,” she explained. “I was so inspired, I can’t tell you.”

For years, Golant has had a fascination with the Hebrew letter shin, in part because she has made so many mezuzahs — and this project put shin front and center. (During the Priestly Blessing, the position of the fingers, at the end of the outstretched hand and arm, creates a shin, which on the mezuzah signifies Shaddai, one of the many names of God.)

When she began thinking about the bracelet’s design, she had to take her thinking to a new level, making sure the final product would be in accordance with halachah, or Jewish law. She learned that printing the name of God on anything is not allowed (unless it’s for a specific purpose), and that anything that does have the name of God on it should not be worn in the bathroom.

One of my driving goals is to create more peace in the world.

The end result was a bracelet that some people have told Golant looks appropriate for a Jewish Wonder Woman: a large cuff with a shin on the outside and the blessing inside. Now the new-look bracelets are for sale, and each includes a tag explaining where they shouldn’t be worn, and that they should be removed before bathroom visits (and placed in the silk bag in which they were sold).

In the process of designing and working on the bracelet, Golant sought guidance from Rabbi Shlomo Zarchi and his wife, Chani (of Congregation Chevra Thilim in San Francisco), and Rabbi Yehuda Ferris and his wife, Miriam (of Chabad Berkeley).

“I decided I was going to follow these bracelets,” she said. “Wherever they’re going, that’s where I’m going.”

For her meeting with the Zarchis, Golant brought examples of her art, and they talked about her work and her mission. As an artist focused on Judaica, she often shares her knowledge of Jewish precepts and traditions with non-Jewish customers (and others). She never proselytizes, she said, but wants to increase understanding of Judaism and thereby promote tolerance.

The Zarchis referred her to the Noahide Laws, which, according to the Talmud, were given to the “children of Noah” (meaning all of humanity). When she met with the Ferrises, the same thing happened. Thus, she started reading the Noahide Laws and commentaries about them.

She also learned about a community of Orthodox Jews in Israel who have taken it upon themselves to share Jewish teachings with non-Jews, and Golant reached out to them to learn more.

“A fascinating conversation ensued, and suddenly I felt this new level of intensity to my work. I had been missing this huge conversation all this time, and there it was, right there,” she said. “They’re doing it in their way, as rabbis and scholars, and I’m doing it my way, as an artist.”

While Golant admits her Jewish practice hasn’t gotten stricter while she’s worked on this project over the past year, she did say she is in a new dialogue with herself about her work and what it means.

“For 26 years I’ve been doing what this Orthodox community in Israel has been doing without knowing it,” she said.

“I didn’t even know these things were being argued about. I started to feel like there might actually be a Messianic era and that my work could be a part of it. On the one hand, not a lot has changed, but on the other, I am now connected to the Orthodox community, and there are ways we agree and can work together and do a lot more good together.” 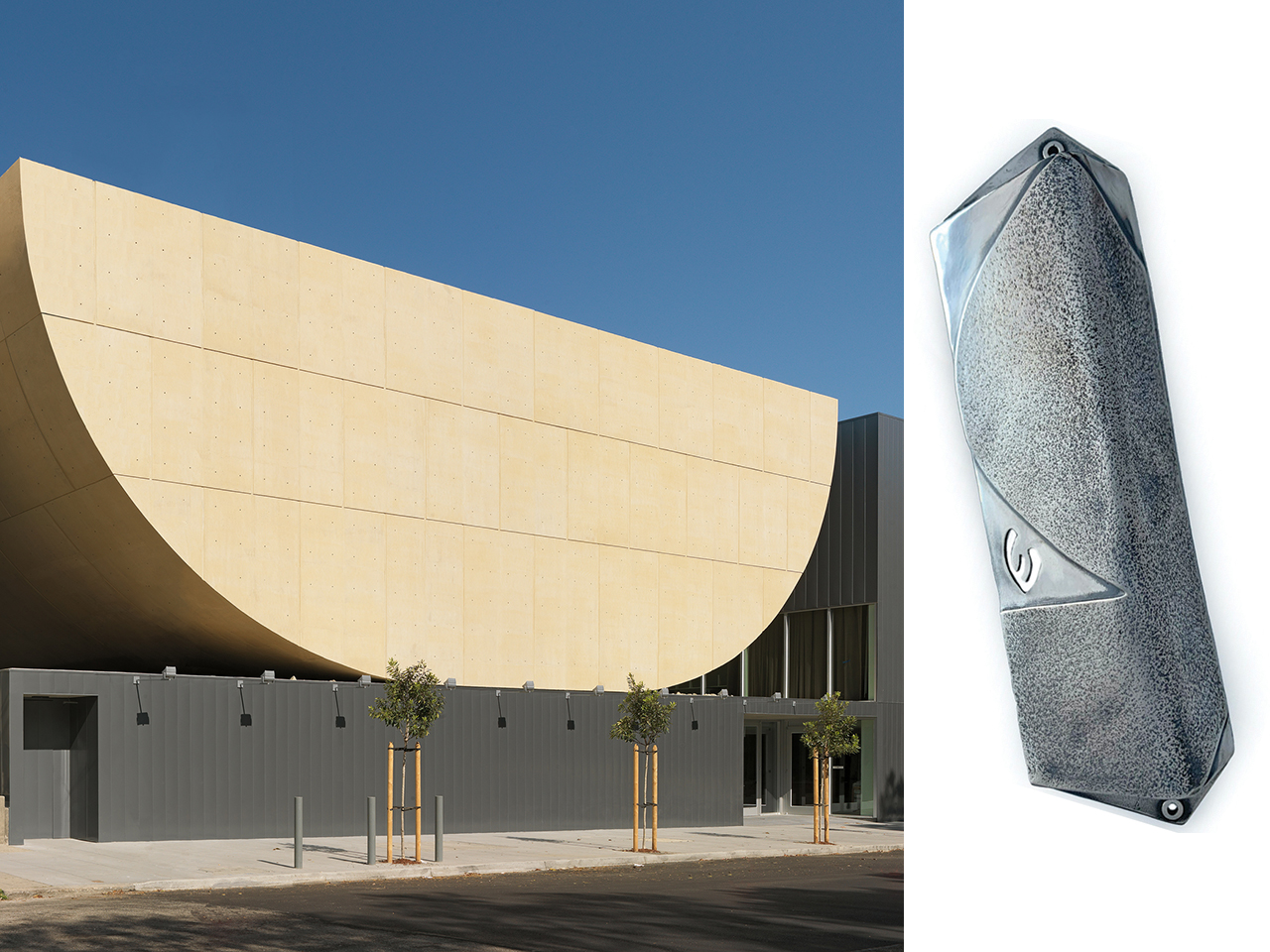