Change comes to our newsroom as we welcome new staff

With Dan Pine retiring as news editor this week, we are doing a lot of shuffling in the office. Some folks are moving into new roles, and we’ve made two fresh hires — one in the newsroom and one in development.

Gabe Stutman joined J. last April as a staff writer, and this week steps into Dan’s shoes as news editor. A native of D.C., he is a proud Jewish day school graduate (Charles E. Smith Jewish Day School in Rockville, Md.) and claims to speak “decent Hebrew.” We have yet to test that out. He graduated from Haverford College in Pennsylvania with a B.A. in English and worked for a few years as a paralegal before succumbing to the lure of journalism. Armed with a master’s in journalism from New York University, in 2018 he took his first reporting job with the Kodiak Daily Mirror in Alaska. (“Kodiak Bear Dispatched,” about a bear shot after it invaded a homeowner’s chicken coop, was one of his early stories.) He’s a research whiz at legal minutiae, a dogged reporter and a terrific writer. Despite living in San Francisco now, he’s still a Nationals fan.

Gabriel Greschler was hired as J.’s editorial assistant last July, just after graduating with a degree in politics from the University of San Francisco, where he was editor-in-chief of the student newspaper the San Francisco Foghorn. Last month he was promoted to J. staff writer. During college he spent a gap semester in India learning Hindi and a semester in D.C. as a reporting intern at the Student Press Law Center, and he was co-founder and editor of The Trump 101 Podcast, which examined how students were being affected by the current administration. Gabriel grew up first in Sharon, Massachusetts, where his parents belonged to a Conservative and then a Reform synagogue. When he was a pre-teen, the family moved to Seattle, where Gabriel was bar mitzvahed by two chiropractors who moonlighted as rabbis. He lives in San Francisco and is a self-described foodie.

Shauna Satnick joined our staff in January as development assistant, helping Development Director Allison Green raise the money that keeps J. in business. A native of Los Angeles who had her bat mitzvah at Wilshire Boulevard Temple, Shauna got her B.A. in media studies at UC Berkeley in 2018 with minors in history and in theater, dance and performance studies. At Cal she was a student adviser to the vice chancellor of student affairs, and marketing and recruitment director for the major student political party. She ran for student senate where she was labeled the “Jewish candidate” after being endorsed by the Jewish Student Union. She was also a freshman fellow at Berkeley Hillel. Shauna’s main squeeze, however, is acting. The Oakland resident has appeared in a variety of local productions, and you can catch her this month in “The Full Monty” at San Francisco’s Victoria Theatre.

Rebecca D. Landau is the newest member of the J. team, joining us in February as editorial assistant. A Bay Area native, she and her family belonged to Congregation Netivot Shalom in Berkeley, where she babysat every year during High Holiday services. She also attended Camp Tawonga. Rebecca graduated from Berkeley High School and received her B.A. in women’s, gender and sexuality studies from Columbia University in 2018. In college she took part in a Jewish theater group and published poetry about Jewish culture, holidays and humor. Before arriving at J., she worked as an assistant at several local nonprofits, including KlezCalifornia, and was an intern at McSweeney’s. Rebecca lives in Albany and looks forward to a career in publishing. 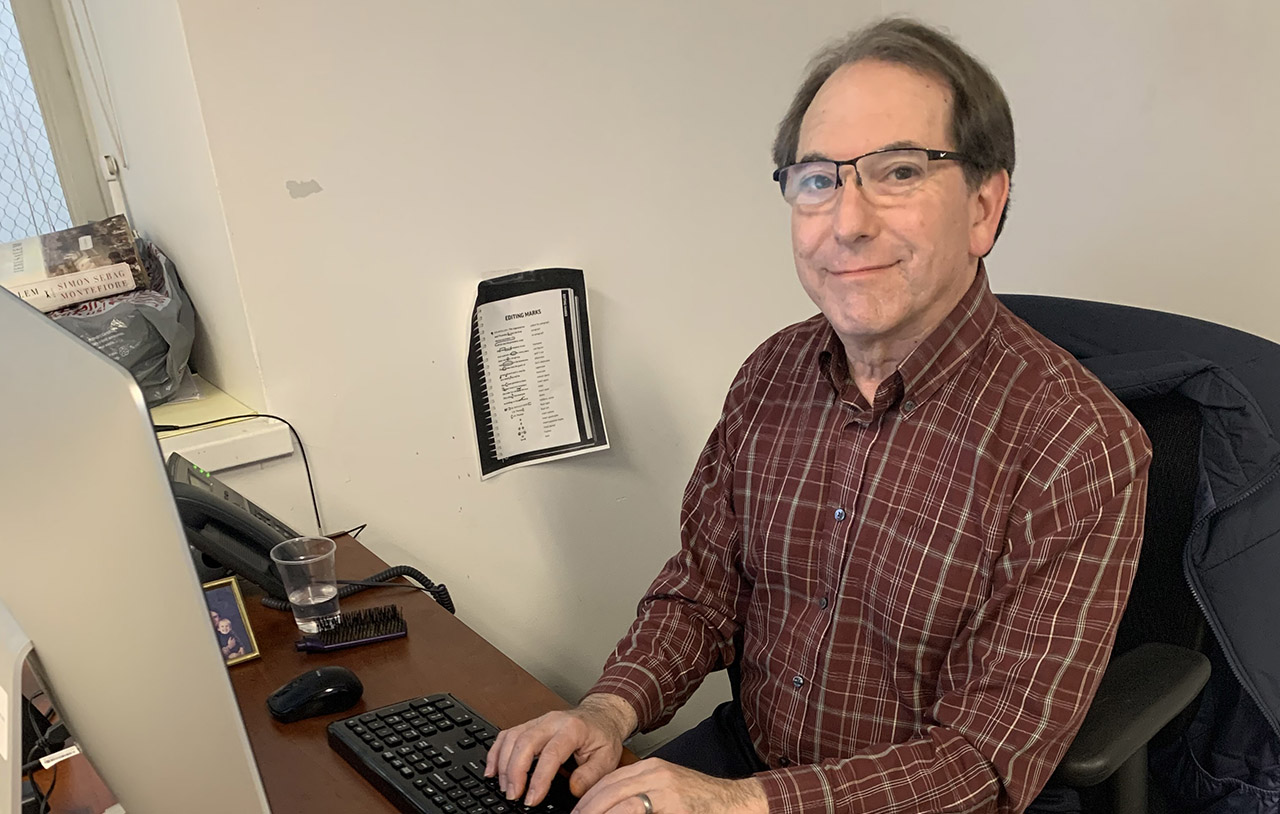