Month of Nisan: First the plagues, then the redemption

Why is this Nisan different from all others that have gone before it? It’s the first time since the original Nisan, during which the Israelites experienced the 10 Plagues from the safety of their dwellings, that we’ve huddled indoors, either alone or with our families, praying that the Angel of Death will pass over us.

The celestial cycles have spoken: the Saturn-Pluto conjunction of Jan. 12 kicked off these traumatic times. April 4 will see the first of 2020’s three Jupiter-Pluto conjunctions, triggering larger and larger waves of powerful paranoia, doubt and fear. Government crackdowns on personal freedoms during times of great global pandemics may trigger rebellious reactions by those whose trust in our societal structures and institutions have already been eroded by the untrustworthy actions of those institutions.

Nisan is the month of Passover, in which we remember and reenact the deliverance that seemed impossible by human standards, and yet came anyway. The full supermoon of Erev Pesach on April 7 brings hope as we recall how the burden of Egyptian slavery was rolled away in a single night — the night we hid ourselves indoors.

Planetary ruler Mars (Ma’adim) in progressive Aquarius (D’li) during April blends the courageous leadership of Yehudah, Aries’ tribal ruler, with Aquarius’ tribal ruler Asher, bringer of bounty and brotherhood. The power to do good is in your hand. Jupiter (Tzedek) conjunct Pluto in Capricorn (Gidi) April 4 asks you to use your resources for the greater good while navigating between profitability and idealism. The full supermoon in solar opposite Libra (Moznayim) at Passover is the cosmic connection of Yehuda and Ephraim, the balance of beauty and bravery, harmony and heroism. With Mercury (Kochav) in Aries after April 10, balance on the tightrope spanning persuasion and coercion April 20-21.

Mars (Ma’adim) square Uranus (Oron) in Taurus on the full supermoon in Venus (Noga)-ruled Libra April 7 inspires you to fight to protect what belongs to you even as you build momentum toward a revolution against forces you feel are trying to control your choices. The last quarter moon in Capricorn (Gidi) April 14 at the Jupiter (Tzedek)-Pluto conjunction supplies you with sources, proofs and factual foundations to bolster your upgraded consciousness. Don’t let the calm that reemerges when the Sun enters Taurus April 19 disintegrate into complacency.

Check your bias when planetary ruler Mercury (Kochav) meets Neptune (Rahav) in Pisces (Dagim) April 3. Whom can you trust when facts don’t match your preconceived notions? The new reality demands a new kind of perception. The Jupiter (Tzedek)-Pluto conjunction in Capricorn (Gidi) April 4 touches on sensitivities around shared resources; you’re uncomfortable with drama, power plays and jockeying for position. Tribal ruler Zevulun didn’t compete for assets; he sailed off to find fresh sources of bounty to share with others. Mercury in Aries (Taleh) April 10-27 empowers courageous words and bold statements, especially in defense of the weak or disadvantaged. Be someone’s superhero April 11-12.

Recalibrate plans even as you chafe against current conditions at the first quarter moon in Cancer April 1, squaring Sun in Aries (Taleh). The Jupiter (Tzedek)-Pluto conjunction in Capricorn (Gidi) April 4 supersizes control issues and power plays within partnerships of every kind. The full supermoon in Libra April 9 reveals which relationships are fertile and which are barren. Last quarter moon in Capricorn April 14 with the Sun’s square to Pluto finalizes decisions you’ve made around the new reality. New Taurus (Shor) moon April 22 falls on Earth Day, planting hope in an open heart for a regenerative, fecund future.

Your natural heroic instincts are triggered by our current collective trauma, especially around the full supermoon of Pesach April 9. Sun in Aries (Taleh) through April 18 gives your inner superhero momentum — but beware of burnout. Your mind-body connection is crucial now; the Jupiter (Tzedek)-Pluto conjunction April 4 and the Sun’s square to Jupiter April 15 urgently beg you to protect your own well-being. Channel tribal ruler Shimon’s tremendous outrage against local situations where you can make an actual difference rather than wasting your tremendous vital energy on advancing or defending ideological stances. Avoid conflicts around home/family issues April 20-21.

You’re headed for a showdown April 4 when the Jupiter (Tzedek)-Pluto conjunction in Capricorn (Gidi) during moon in Virgo empowers analysis of power differentials and hierarchal roles. Mercury (Kochav) in Pisces (Dagim) through April 10 prefers to swim around relationship issues, but when Mercury enters Aries (Taleh) April 10, confrontation is unavoidable. You’re both prosecutor and defense at your relationship trial. Sun in Taurus (Shor) April 19 eases anxieties around shared resources. Practical considerations take precedence over emotional ultimatums during this time of collective reevaluation of priorities. Acknowledge your own frail humanity as a reflection of the fragility, strength and beauty of being alive.

Libra’s tribal ruler is Ephraim and this month of Nisan, opposite the Libra-ruled month of Tishrei, is ruled by Yehudah. Just as the stick representing Ephraim and the stick representing Yehudah become one in the hand of the prophet Ezekiel (Ezekiel 37:16), it is your job this month to prophesy unity to everyone, enar and far. Full supermoon in Libra on Erev Pesach April 7 is your annual personal full moon; your powers of diplomacy and charm are at their peak. Planetary ruler Venus (Noga) in Gemini (T’omim) after April 3 makes information your stock in trade; use your knowledge to influence others for good.

Scorpio’s powers of concentration and focus are enhanced by the transit of the Sun through Mars (Ma’adim)-ruled Aries (Taleh) through April 19. The Jupiter (Tzedek)-Pluto conjunction April 4 fortifies your sense of personal power, though the current zeitgeist and our collective fears limit your ability to flex those muscles. Frustration peaks when Mars in Aquarius (D’li) squares Uranus (Oron) in Taurus (Shor) on the full supermoon in Libra (Moznayim) April 7. Beat the blues by burrowing deep within your endless wellspring of self-renewal to recreate yourself from scratch. Nobody will emerge from these trying times as transformed as you when you put your mind to it.

Jupiter (Tzedek) is Sagittarius’ ruling planet; the first of 2020’s three Jupiter (Tzedek)-Pluto conjunctions in Capricorn (Gidi) April 4 affects your financial bottom line. This is a significant power boost if you can pivot and adapt to the new normal during these unstable times. Flexibility facilitates making major inroad toward your material goals. The full supermoon in Libra (Moznayim) April 7 reveals that often it’s who you know rather than what you’ve accomplished that brings recognition and opportunity. Cultivating strategic relationships may have seemed less important than producing excellent work in the past; now you must recognize the value of both.

Saturn (Shabtai) in the beginning degrees of Aquarius (D’li) this month brings a more universalist view while the Jupiter (Tzedek)-Pluto conjunction in Capricorn April 4 enlarges Capricorn’s power to initiate creative problem-solving. The explosive booms of Jupiter and Pluto, which repeat in June and November, are the sounds of the barricades guarding the status quo crumbling and falling, while those guarding the old normal fight a losing battle against the inevitability of profound structural change. Tribal ruler Dan guarded Israel’s borders; guard your own just as fiercely. Don’t find yourself on the wrong side of the fight; survival means we’re all in this together.

The smell in the air during April is that of revolutionary fever with classical ruler Saturn (Shabtai) and Mars (Ma’adim) in Aquarius. Mars square modern planetary ruler Uranus (Oron) in Taurus (Shor) on the full supermoon in Libra (Moznayim) April 7 forces radical confrontation between your humanitarian ideals and your deepest fears. Sun square Saturn April 20 is your chance to model how to think globally while acting locally; those around you need your leadership right now. Set the highest example April 15-16, because many eyes are upon you. In the face of draconian measures, you’ll insist that ideals, ethics and integrity still matter.

Mercury (Kochav) conjunct Neptune (Rahav) April 3 energizes your highest aspirations, empowering you to create offerings of your wisdom, gifts and talents to share with others though unusually creative means. The conjunction of classical ruler Jupiter (Tzedek) to Pluto in Capricorn (Gidi) April 4 enlarges the practical assistance you’re able to offer your friends and community, near and far. You’re one of the helpers others look to during troubled times. Full supermoon in Libra (Moznayim) on Erev Pesach inspires creative coupling. The conjunction of the moon to Neptune and the Sun’s entrance into Taurus (Shor) April 19 gives your imaginative ideas concrete form. 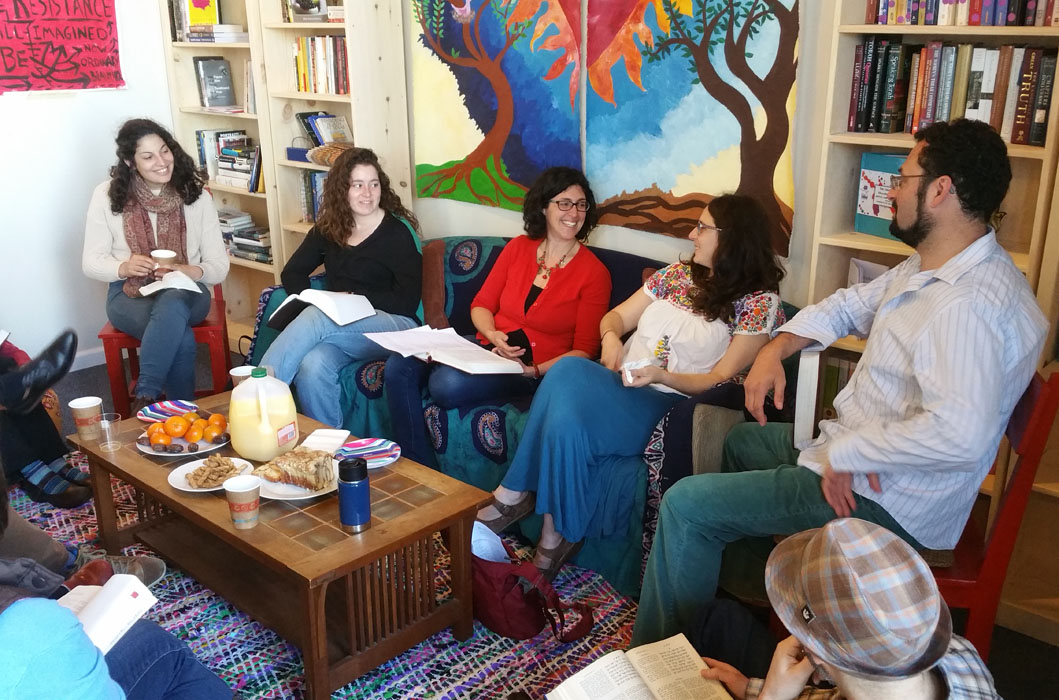 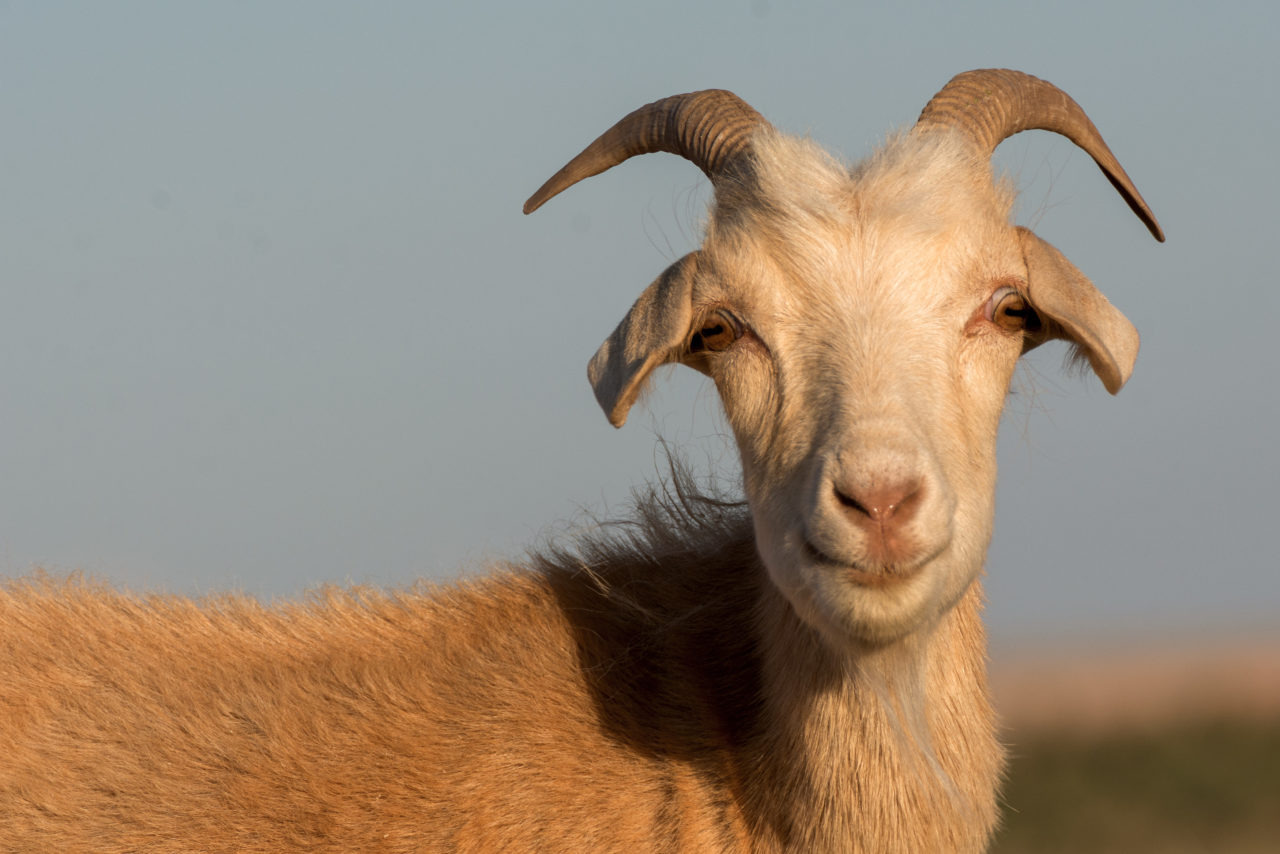 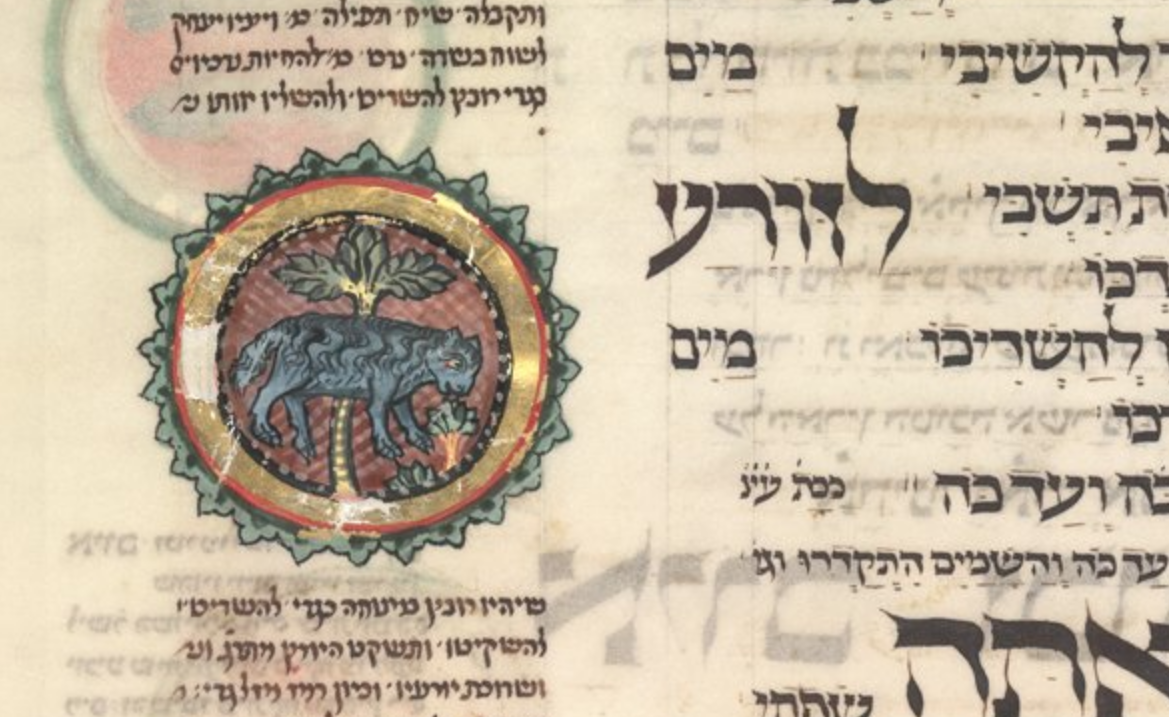 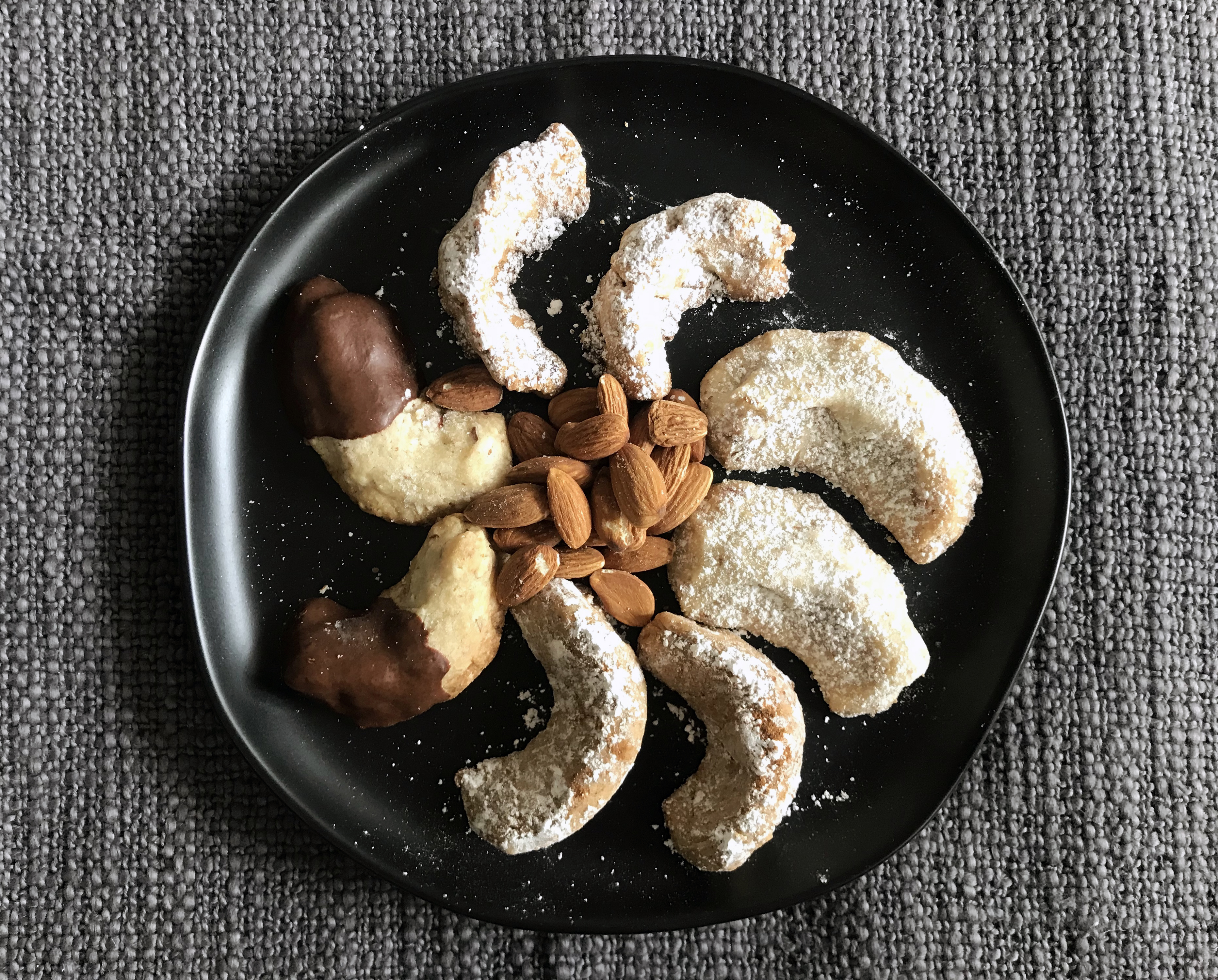