If Jewish newspapers disappear, the results would be devastating

Just hours before the start of Passover last week, British Jews heard the shocking news that the nation’s leading national Jewish newspapers, the Jewish Chronicle and the Jewish News, were being liquidated.

The Kessler Foundation, which owns both papers, has run out of money. When local advertising dried up because of the coronavirus, “voluntary liquidation” became the only alternative.

So, for the first time since 1841, Anglo Jewry will be without a weekly Jewish newspaper to tie the community’s Jews together. For those in London who have received their Jewish newspaper once a week for as long as they can remember, it is as if the New York Times suddenly ceased operations.

The demise of England’s Jewish newspapers came on the heels of the announcement that Canada’s national Jewish newspaper, the Canadian Jewish News, had likewise shut its doors.

“Already struggling, we are not able to sustain the enterprise in an environment of almost complete economic shut down [sic],” the newspaper’s president, Elizabeth Wolfe, wrote in a final letter to readers. “We too have become a victim of Covid-19.”

These closures could hardly have come at a worse time.

With Jewish communal life around the world upended, newspapers like the Canadian Jewish News were expected to play a role, as Wolfe put it, “to inform, console and distract our readers as we all isolate at home, worried about our families, our friends, our medical caregivers, all those risking their lives to provide essential services, our businesses and livelihood, our community, our country, our world.”

That, of course, is what a responsible Jewish newspaper should do amid a crisis such as this.

Now, Jews in Canada and the United Kingdom will be on their own for the remainder of the crisis, without a communal news source to depend upon.

Unless we move quickly, Jews in the United States will suffer this same fate and Jewish newspapers across the country will disappear.

RELATED: How Bay Area Jewish journalism has survived and thrived for 120 years

With businesses closed and Jewish events around the country cancelled and therefore not advertised, more and more U.S. Jewish newspapers find themselves without the basic funds necessary to sustain the journalistic enterprise.

What does it mean when Jewish journalism dies?

Since their establishment in the 19th century, Jewish newspapers in the United States have helped to shape community, tied far-flung Jews together and kept them informed. Newspapers also have preserved the “first draft” of our communal history. Want to know, for example, how America’s Jews handled past epidemics? There is only one source: the American Jewish press.

Without a reliable press, our community’s past — the records of its achievements and mistakes, its milestones and its missteps — will inevitably disappear. So too will our broad sense of what a Jewish community is.

Absent a responsible Jewish press, the multiplicity of interests, views and commitments that characterize vibrant Jewish communities will find no common outlet. Instead, groups of like-thinking Jews will retreat into their own narrow silos, impervious to all who disagree with them.

A good Jewish newspaper, print or digital, prevents any of this from happening. It serves an essential function in defining, maintaining, educating and promoting community. It ties organizations and individuals together and keeps members informed about local news, as well as news of broader impact.

An effective newspaper seeks to represent all parts of the community, helping to acquaint different neighborhoods, generations, denominations, movements, etc., with one another. When divisive issues arise, the newspaper publishes various responsible points of view.

When disasters such as the coronavirus strike, the newspaper works to unite the community, providing information, guidance, sympathy and reflection.

The demise of the London Jewish Chronicle and the Canadian Jewish News should serve as a wake-up call for Jewish leaders managing the crisis of Covid-19.

In addition to the terrible loss of life, the psychic toll on individuals and families and the economic hardship befalling those suddenly without work, we also face a basic challenge to Jewish community itself.

If Jewish journalism disappears, can the Jewish community as we know it be sustained?

The views and opinions expressed in this article are those of the author and do not necessarily reflect the views of J. This essay originally appeared in The Forward, and is reprinted here with permission. 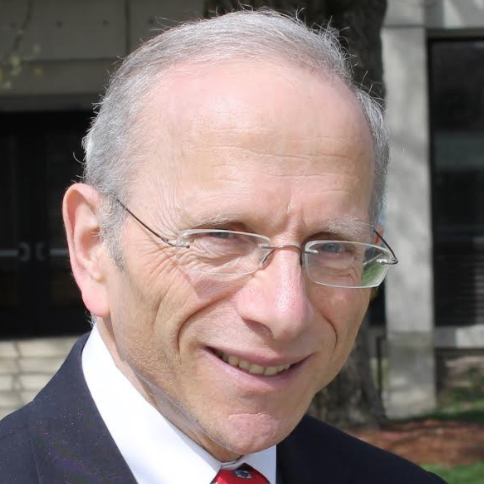 Jonathan D. Sarna is the Braun Professor of American Jewish History at Brandeis University, where he directs its Schusterman Center for Israel Studies.