This piece was first published by the Los Angeles Jewish Journal and is reprinted with permission.

“But I think I came off too quirky or something because casting directors kept telling me to do comedy,” the 31-year-old “Saturday Night Live” rookie said recently.

Fineman, who grew up in Piedmont and attended a Jewish-run day camp in Berkeley, is one of two new cast members for the 2019-20 season of “SNL,” and already is a hot commodity, her impressions and costumes having delighted viewers.

If you scroll through her Instagram, you can find even more impressions — and wigs — including her portrayals of Drew Barrymore, Frances McDormand, Nicole Kidman, Meryl Streep, Greta Gerwig, Natasha Lyonne and Roseanne Barr.

Fineman said it was at Camp Kee Tov, run by Reform Congregation Beth El in Berkeley, where she discovered the art of comedy.

“The camp [did] skits every morning while counselors put sunscreen on children sitting on the grass,” Fineman said. “And, dare I say, that was my first stage. Kee Tov was magic. All my friends were hilarious and still are.”

Jewish on her father’s side, Fineman in 2018 posted a picture on Instagram of herself in a swimsuit lounging poolside on a rooftop terrace at a swanky L.A. hotel, adding the comment, “Did you know I’m ½ Wasp?” That comment has since been attributed to her as either a humorous or factual quote about her religious identity, but there’s no proof of what she meant by it.

The 2006 graduate of Piedmont High School said she started hanging out with her friends at Hebrew school; then came Camp Kee Tov, and a hot pink-themed bat mitzvah.

“So much of it was just finding a funny group of friends and being in a funny warm community,” she said. “Which is my Jewish space? I think [I] connected deeper with that funny warm community … there’s just something about laughing and wolfing down food that I really need in my life.”

Fineman said her first impression was of her Aunt Eileen because she “had the most incredible Baltimore accent.”

Obsessed with Berkeley Rep, “Angels in America,” “The Vagina Monologues” and nude people riding bikes at protest rallies in San Francisco, Fineman started absorbing details around her that could later be used as bits.

It was at the Groundlings Theatre & School in Los Angeles where she finally took classes to refine those bits, impersonate celebrities and create new characters.

So much of [summer camp] was just finding a funny group of friends and being in a funny warm community.

“I kept leaning into impressions and putting them online purely because it was fun,” she said. “It took me years to even think being on ‘SNL’ was even the slightest possibility … or a goal, but then I started at the Groundlings and suddenly had this huge passion for dressing up in wigs, so I started dreaming about ‘SNL.’”

Fineman falls deep into online rabbit holes of celebrity interviews and Vogue’s “72 Questions” so she can perfect each persona. She says it comes down to “finding some tic or laugh in an interview and re-watching it over and over again.”

On March 23, thousands of people tuned in to watch Fineman get married on Instagram live. However, it was “purely as a sketch and then a bunch of news publications earnestly report[ed] on it,” she said.

If she were to have a virtual Shabbat dinner during quarantine and perhaps livestream it, she said she’d invite comedians and performers such as Sacha Baron Cohen, Cazzie and Larry David, Natalie Portman, Chelsea Peretti, Nick Kroll, Adam Sandler, Lil Dicky, Jerry Seinfeld, Tiffany Haddish, and actor Max Greenfield and his preteen daughter (whose home-schooling sessions have made for funny videos on Instagram).

During Covid-19, Fineman has been busy at home working on sketches for “SNL’s” quarantined shows. After college, she moved to Los Angeles.

“SNL” has modified its show so the cast and crew can work safely during the pandemic. The final episode of “SNL at Home” aired Saturday, May 9.

Fineman said her comic experience on Instagram has oddly prepared her for the stay-at-home “SNL” sketches.

“It’s been really a blessing that my boyfriend lets me store all these wigs in his garage. I just happened to have JoJo Siwa, Carole Baskin and [Timotheé] Chalamet wigs and costumes in his garage from other skits I had done at Groundlings,” she said. “Same with [the] Airbnb [sketch]. All [these] things just lying around in the garage. [It’s] so cool to get to bring them to life.”

For “SNL at Home,” a sketch is written, performed in front of a small group for feedback, and then performed without a live audience. “It’s challenging but also weirdly a lot like Instagram on crack,” she said.

The “SNL” experience has been surreal for Fineman, who compared it with being a “freshman at a pretty epic high school.” When the show was still live in New York City, and now virtually, she is surrounded by creative people like herself, many of whom she looked up to while growing up.

“Everyone at ‘SNL’ has inspired me,” she said. “I love Fred Armisen, Adam Sandler, Kristen Wiig, Kate McKinnon. All of them.”

She also said that the Lonely Island comedy trio — composed of Berkeley boys Andy Samberg, Akiva Schaffer and Jorma Taccone — “really inspired me.” Samberg went on to become an “SNL” player and Schaffer an “SNL” director. The troupe posted hilarious skits and videos online as far back as 2001.

“I watched them with my friends all the time, and then suddenly they were on ‘SNL’ so that — making your own videos — it could lead to stuff. That really inspired me and still does.” 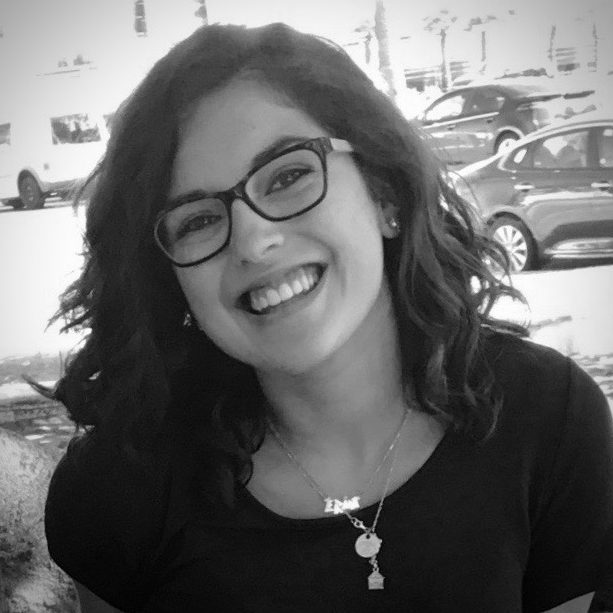 Erin Ben-Moche is the Digital Content Manager at the Jewish Journal in Los Angeles. She writes about Jewish art and culture.