Counting Jews of color: Are we asking the right questions?

I know it is not Passover season, but I found myself thinking about the fourth child — the one who does not know how to ask — when I was reading Ira Sheskin and Arnie Dashefsky’s May 17 piece, “How Many Jews of Color Are There?” on eJewishPhilanthropy.com.

In the title, they ask a good question.

It is a question that my colleagues and I tried to answer, with support from the Jews of Color Field Building Initiative and others, whose findings we published in a report called “Counting Inconsistencies.”

As the title of our report indicates, we discovered that we could not answer the question. It turns out that if you scan American Jewish population surveys, you find significant and systematic inconsistencies in the ways that they inquire about the racial and ethnic identities of American Jews. Surveys were inconsistent in how they asked about Ashkenazi, Sepharadi and Mizrahi identities, in their application of national origin and ethnicity, and in the language they used to ask about ethnic and racial identity (Spanish? Hispanic? Latinx?).

These inconsistencies make impossible straightforward answers (of the kind that Sheskin and Dashefsky wish for).

The strategy in “Counting Inconsistencies,” therefore, was to offer our best estimate, based in part on the conclusions of the American Jewish Population Project, which established a lower bound of 12 percent.

But inconsistencies are only the half of it. We could only find inconsistencies where there were questions about race and ethnicity. Further analysis revealed that only 41 percent of Jewish community studies (36 of 89) conducted since 2000 included any questions about race and ethnicity in the first place (all of the studies, reports, survey instruments and data are available at the Berman Jewish DataBank).

Sheskin knows this well, because he has been the primary investigator on 33 such studies since 2000. Ten of his studies included questions about race and ethnicity, with attendant inconsistencies. But 20 of his studies did not ask about race or ethnicity at all (the remaining three did not apply to the present question).

So, we do not know how many Jews of color live in the majority of the communities that Sheskin studied because he did not think to ask.

As social scientists, we can’t claim to have answers to questions that we did not ask.

Whomever does the counting has inordinate power to include and exclude populations not only on the basis of sampling approaches, but on the basis of the questions they ask.

Imagine if those administering Jewish demographic studies decided that belief in God was not important, nor love of the State of Israel, or chose not to ask questions about educational attainment or the Jewish identities of one’s parents. All of these are standard questions in demographic surveys because those responsible for creating and administering them have decided — in advance — that these are questions worth asking about.

By omitting questions about racial and ethnic identity from Jewish population studies, not only are Jewish communities uninformed about reliable data about Jews of color, but they are signaling that ethnicity and race are, simply, not salient categories (or variables) for accounting for the experiences of American Jews. In short, those responsible for creating the surveys are deciding in advance that racial and ethnic identities do not matter, and, by extension, neither do people who hold those identities.

Failing to ask questions about race and ethnicity perpetuates the assumption (presumption) that American Jews nearly uniformly identify as white, and that ethnic and racial diversity does not —and should not —matter when it comes to documenting, understanding, and supporting the lives of American Jews and their communities.

It perpetuates a set of biases and prejudices shared by some American Jewish communal leaders that systematically sustains a sense of normative whiteness and even privilege among American Jews.

Those systematic ethnic and racial biases are built out of a kind of arrogance and myopia about who American Jews are and whose experience is worth documenting and whose is not. They are perpetuated by researchers and communities who fail to ask. And their failures are not because they don’t know how to ask the question, as in the story of the Four Children, but because they do not think asking is important — which is far far worse.

This essay originally appeared at ejewishphilanthropy.com and is reprinted with permission. The views and opinions expressed in this article are those of the author and do not necessarily reflect the views of J. 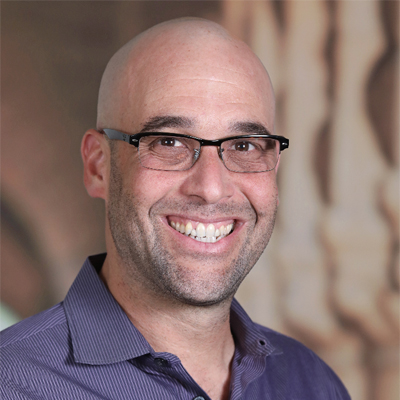 Ari Y. Kelman is the Jim Joseph Professor of Education and Jewish Studies at Stanford University's Graduate School of Education.