During every major crisis in living memory, the leaders we most admire spoke to our better angels, uniting Americans to overcome hardship. But other individuals chose a different path, creating scapegoats to further their agendas, resulting in Japanese American internment camps, McCarthyism’s Cold War persecutions, post-9/11 Islamophobia, and xenophobia during immigration debates.

In each of these crises, the scourge of anti-Semitism followed. We witnessed the rejection of Jewish refugees fleeing World War II and the Holocaust, Jewish leaders targeted during the Red Scare, conspiracy theories about Jews and Israel after 9/11 and, more recently, deadly attacks on Jewish houses of worship. In each of these cases, our Jewish community has risen to the occasion both by defending ourselves and protecting vulnerable neighbors from harm.

Today the Covid-19 crisis is proving no different. Chinese Americans and other Asian Americans are facing unprecedented stigma and racism in the public arena. African American, Latino and Native American communities bear the brunt of this crisis — facing disproportionate family losses and economic hardship — yet feel largely ignored by federal leadership. And, as we all saw so tragically with the murder of George Floyd, the institutional racism and violence directed toward Black America is as clear as day.

At the same time, anti-Semitism is finding its footing, too. We see state Capitol protests riddled with Nazi symbols and anti-Semitic posters, political cartoons comparing Jews and Israel to a virus, the scapegoating of Orthodox communities for the outbreak, and conspiracy theories propagating on social media.

Standing up for marginalized communities in this crisis isn’t just a moral imperative demanded of us by our Jewish tradition, it’s an essential investment in the safety and security of our community. Recognizing that these challenges are shared with our neighbors, the San Francisco-based Jewish Community Relations Council is pursuing a robust civic response to Covid-19.

United in opposition to anti-Chinese and anti-Asian American racism and xenophobia, JCRC purchased a full-page ad in the Cantonese paper Sing Tao Daily, expressing 20 Jewish community organizations’ solidarity against hate. Our ad has led to important dialogue with our Asian American neighbors. From that dialogue has come a joint commitment to combating anti-Semitism and anti-Asian racism together in mutual respect and solidarity.

To address historic and current injustices, and celebrate the unique contributions of marginalized communities, JCRC and our partners at the Jewish Public Affairs Committee of California are advocating for a robust Ethnic Studies Model Curriculum. The first draft had many serious flaws, and we are grateful the California Department of Education has committed to removing problematic language about Jews, Israelis and the divisive boycott, divestment and sanctions movement. However, as the issue heats up again in advance of a revised draft this summer, we must advocate for our community in a way that strengthens the original intention of ethnic studies — a means of telling the story of historically oppressed peoples in California and the United States.

With limited instructional time, an ethnic studies course at its core that lifts up major marginalized communities in California — supplemented with materials to connect these experiences with the full diversity of the state’s student population, including Jewish Americans — will provide strong anti-racism education. Our goal is to ensure the revised model being put forward by the CDE fairly represents Jews and other diverse groups in the curriculum.

Finally, the Jewish community in the diaspora knows all too well the consequences of our society buckling under the weight of declining confidence in our democratic institutions, the inability to engage in civil discourse and in finding common ground, as well as an unprecedented attack on voting rights. The American Jewish community has benefited from a strong and healthy democracy, because democratic systems and norms provide proven protection against the discriminations that too often target minority communities. Because those systems are currently under duress, JCRC launched the “Democracy Initiative” in 2018 as a Jewish community response to these worrying trends in our country. Strengthening democratic institutions increases the safety of all ethnic and racial communities, including the Jewish community.

These efforts aren’t just commonsense Jewish community relations. Each of the racial and economic injustices Covid-19 lays bare before our eyes directly affects members of our Jewish community, Jews of Color and LGBTQ Jews in particular. Like diaspora Jewish communities throughout the millennia, we share a common destiny with our non-Jewish neighbors. This is a moment to come together. No community can afford to go it alone. 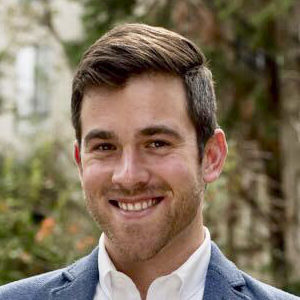