I grew up a white Jew in South Africa. We cannot sit out today’s fight against institutionalized racism.

When I was growing up in apartheid South Africa, my family often said that to be a Jew meant to always be on the side of the oppressed, not the oppressor. But their life stories made plain how complicated this identity could be: They had run for their lives from pogroms in Lithuania and suddenly found themselves reaping the vast socioeconomic benefits of being white in a racist dictatorship.

My cousin Denis Goldberg, who died two months ago at the age of 87, took our family conversations about our Jewish commitment to justice to heart. He joined the black resistance movement led by Nelson Mandela and spent 22 years in prison for his commitment to fighting a brutal regime that was hell-bent on devaluing the lives of black South Africans.

Over four decades later, living in New York, I’ve been thinking about those early discussions and Denis’ level of moral courage as I participate in and take the full measure of the mass historical uprising against institutionalized racism in the United States sparked by the murder of George Floyd. Millions of people have been propelled into action by the video of a black man being asphyxiated for nearly nine minutes by a white police officer — an image that ignited the accumulated tinder of anger resulting from centuries of wrongs and three years of racist provocations by President Donald Trump.

We are now in a historic uprising against the institutionalized racism and violence that exists in every corner in our country, perpetuated by major institutions, the police, other authorities and racist whites against black women, men and children. The chasm between these unrelenting attacks on black people and our promise as a nation — that all people are equal under the law — is sickening and unacceptable.

As I see the police crackdown on demonstrators, I flash back to the social and political turmoil I witnessed during my youth in Cape Town, where police officers used the power of the state to beat black citizens with clubs and take them into police custody, some of them never to be seen again. By elementary school, I was accompanying my parents as they protested apartheid and campaigned for progressive legislators, including Jewish members of Parliament such as the anti-apartheid activist Helen Suzman.

At rallies, I wore protest signs draped over my shoulders like a walking billboard, proclaiming my family’s outrage. In high school, I learned how the African National Congress — the political party created to fight racism — was banned by the white South African government, and how speaking out or peacefully protesting was met with government-sanctioned violence.

I had arrived in the United States believing in a multiracial democracy … but I was dismayed to learn that my new country was struggling with its own issues of race and class, inequality and oppression.

A few years later, after immigrating to the U.S., where I studied music at Julliard, I performed weekly classical concerts in New York City public schools. I was stunned by the abysmal conditions just a few miles from my campus in Lincoln Center. At one school in the South Bronx, the auditorium — which was packed with thousands of kids, nearly all of color — was decrepit. I could tell within minutes of my arrival that none of the kids were getting the education they deserved. I had arrived in the United States believing in a multiracial democracy, where everyone benefited from quality public education, but I was dismayed to learn that my new country was struggling with its own issues of race and class, inequality and oppression.

This shocking experience in America led me to a social justice law school, to the fight for gay men and people of color suffering from HIV/AIDS, and to the American Jewish World Service, where we support the human rights struggles of communities of color in Asia, Africa, Latin America and the Caribbean, and participate with other Jewish organizations in making the Jewish community more diverse, open and inclusive for Jews of color, women and girls, and LGBTQI+ Jews.

In recent days, Jewish colleagues and friends have asked me how to respond, as Jews, at this historic time to make sure that we can finally make national change that sticks. There is a hunger to be involved, to take action, and to show up as partners and allies. And we must seize this moment when the entire country —as well as allies from countries all around the world — are laser-focused on racial justice in America. What’s inspiring me is Ta-Nehisi Coates’ sage advice that “if you’re going to go in an opposite direction, you need to consciously exercise an opposite force.”

To be a part of this “opposite force” of taking America in a new direction we, as Jews, must make it known that we stand with the oppressed, not the oppressor. We must make it clear that black lives matter and we must join our black sisters and brothers by protesting, providing financial resources, supporting grassroots and national organizations, and most important, demanding change from our government.

Every one of us should be voting and mobilizing for leaders in every sector of society who will recognize and root out institutionalized racism, hold police accountable for their actions and protect First Amendment rights. As Jews, we must ensure that our community is diverse and inclusive.

As the historic uprising against four centuries of structural racism continues and as Covid-19 continues to infect and kill Americans of color disproportionately, American Jews have a choice to make: Step up and participate — as so many Jews have — or allow a historic opportunity to repair a deep breach in the world to pass us by.

This moment and this choice remind me of the words of Athol Fugard, the white South African playwright, from his 1989 play “My Children! My Africa!”: “The clocks are ticking my friends. History has got a strict timetable. If we’re not careful we might be remembered as the country who arrived too late.”

This historic moment takes me back to our family conversations in Cape Town in the 1960s and ’70s about the choices Jews face when others must fight for justice. Time moves fast. This is a time for us to do and act. Let’s remember that we are what we do, not only what we say. 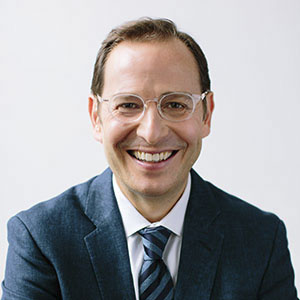