Lessons from a Biblical leader who confronted climate change

“As the land is ravaged by famine, no trace of the abundance will be left in the land because of the famine thereafter, for it will be very severe,” (Genesis 41:30).

So spoke a lowly Hebrew prisoner more than 3,500 years ago. The leader of the world’s foremost nation listened and gave his seal of approval for the prisoner to take action. The leader was Pharaoh, the prisoner Joseph and the stakes immense. Joseph implemented a plan, which saved Egypt and the Middle East from a climate catastrophe.

The Biblical story merits study of how Pharaoh and Joseph managed a climate emergency. (To be clear, this was a “good” pharaoh, not the one 400 years later “that knew not Joseph” and enslaved the Hebrews.)

As the story goes, this pharaoh had two dreams. In the first, seven healthy cows come out of the Nile River to graze, only to be eaten by seven gaunt cows. In the second, seven healthy ears of grain were swallowed by seven thin stalks “scorched by the east wind.” No one could decipher the dreams.

Then someone remembered Joseph, a Hebrew languishing in prison who had correctly interpreted dreams years earlier. Joseph was brought to Pharaoh and interpreted the new dreams. They were, he said, a prediction of climate disaster: Seven years of abundance will be followed by seven years of drought and famine.

Pharaoh agreed and put Joseph in charge. The climate disaster came and ravaged the known world. But the Egyptians had food for themselves and a wave of climate refugees, including Joseph’s family. Many lives were saved because of this careful planning and quick action.

“A possible tipping cascade of irreversible changes might put the livelihoods of people around the world at risk and marks a state of planetary emergency.” Potsdam Institute for Climate Impact Research (Nov. 28, 2019).

Today the entire world faces another, more serious climate disaster, one predicted by scientific data and confirmed by recent climate upsets including massive wildfires, unprecedented heat waves in the Arctic Circle and the melting of the polar ice caps.

The Joseph story, which highlights the role of human initiative in mitigating natural disaster, offers seven lessons for today’s crisis.

1. Take action. Passivity was not an option for Pharaoh or Joseph, and isn’t for us.

2. Have a plan. Joseph’s was simple: Provision now for hardship later. Joseph recognized God wasn’t relegating us to despair; people could avert disaster. Joseph’s plan was the smartest and most effective for the time and it worked to save humanity, though it didn’t stop the climate catastrophe.

What Joseph is saying to us is: Get those plans going.

4. Take predictions seriously. Pharaoh had nothing more than a pair of dreams and an interpretation to go on. Of course, the dreams were God’s message and the interpreter was divinely inspired. But God also speaks through creation itself. “The heavens declare the glory of God, the sky proclaims His handiwork” (Psalms 19:2). When “the earth dries up and withers” (Isaiah 24:4), we are challenged to see the message.

In Pharaoh’s case, the message came in dreams he didn’t understand and so he made a leap of faith and relied on someone else. Pharaoh understood the concept of risk assessment. A dream may not be definitive, but the risk of ignoring it could be catastrophic.

Our data points are stronger than dreams.

Measurements tell us greenhouse-gas emissions from human activities are creating a future where “all the abundance of the land of Egypt will be forgotten” (Genesis 41:30) — a future of megadroughts, flooding, wildfires, desertification, loss of food supplies, diminished GDP and threats to our national security.

5. Government must provide leadership. “And removing his signet ring from his hand, Pharaoh put it on Joseph’s hand.” The nation’s leader took action and greenlighted a plan. He trusted others and gave authority to someone who could get results.

6. Collective action is necessary. The entire nation contributed. Joseph gathered “all the grain” during the seven years of abundance. The story says nothing about infighting, self-interest or denials about the impending future, but instead describes a joint effort toward a common good.

7. We have a responsibility to future generations. Joseph’s actions were part of a Divine plan to reunite him with his family and “ensure your survival on earth.” But the plan required him to act and not passively watch disaster play out.

As with Joseph, we have a Divine mission: To preserve our natural heritage and ensure our survival.

The Divine hand does not solve the problem; the solution is in our hands. We prevail if and only if future generations call out as the people did to Joseph deep in the famine: “You have saved our lives!” (Genesis 47:25)

The drought in Genesis 41 ended after seven years. But the “drought” we face today is potentially eternal unless we take Joseph-like action.

We have our Josephs: People whose fields and homes were lost to floods and wildfires, citizens clamoring for action, scientists and those who dream about a future for their grandchildren.

The question is: Where are our wise leaders? 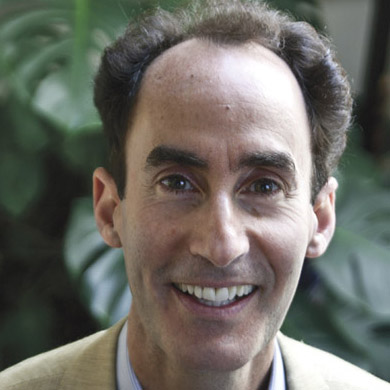 Adam Cole is a lawyer and writer in San Francisco.