Watching ‘Hamilton’ as an Israeli in America

Every work of art is about symbolism, but “Hamilton” takes this a step beyond. Not content with the symbols of other great Broadway hits — love and disease (“Rent”), love and leadership (“Lion King”) or the act of performance (“Phantom of the Opera”) — “Hamilton” takes as its symbol its own country. The play’s founding is the country’s founding. As an American patriot — watching Disney, no less — you are obliged to enjoy the show.

But as an Israeli, I was obliged to sit outside the bubble of self-appreciation and wonder what this myth-telling meant to me.

The Founding Father who is himself an orphan; the gutsy, self-made immigrant wonder is a microcosm whose correlative macrocosm is the United States, reflecting the founding of the nation in his own boot-strapping spunk. Alexander Hamilton’s pioneering fulfillment of “the American dream” is itself an emblem of America’s self-proclaimed manifest destiny.

This self-referencing echo chamber delivers heavenly sound, though one not only need be a part of the American experience but also must care about it in order to enjoy it thoroughly. For those not familiar with these tropes, or for those who doubt their validity, “Hamilton” is a fantastic show of creativity and talent, yet a long way from the incredible adoration with which the musical is celebrated in the U.S.

Lin-Manuel Miranda, in his undeniable brilliance, knows that his musical is deeply self-referential. That’s why the play is not only a masterful narration of Hamilton’s life and his part in the birth of the United States, but also a defense of the American ethos and the American dream. At every stage, the symbolic ante is upped so that the play itself refers to this ethos in the plot (Hamilton, the immigrant, gets the job done) and invokes it through the choices of the actors. As the curtains close, the symbolism reaches a new crescendo through the breaking of the proverbial fourth wall.

‘Hamilton’ invites Americans to appreciate the story of the United States for the wonder that it is.

The play’s leitmotif is the resounding “who lives, who dies, who tells the story” trio. We know Hamilton dies, Burr lives, and Eliza tells the story, but the latter’s astounded gasp at the very end of the play comes as the character closes her mortal eyes and is privy to the life beyond. Her beatific vision is the recognition of America in the 21st century, where Hamilton is immortalized by the great country he helped create, and through his life being rapped about by the very descendants of the enslaved people held by his family, as well as those of other Founding Fathers. They tell the story.

This reflective, ars poetica moment both symbolizes and affirms the American dream. It redirects our attention to the diverse cast, to the performers’ own actual lives as descendants of the enslaved, and to the gladdening fact that a musical narration of Hamilton’s life, which itself encapsulates the founding of the United States, performed by a non-white cast, can become a phenomenal hit in today’s America.

Enjoying this Möbius strip of self-reference is the audience that makes “Hamilton” a success. That enjoyment, however, hinges as I suggested upon their knowing and caring about the American dream. Without an affection for the promise it holds, this play of subverted mirrors can be musically pleasant, but it lacks the catharsis that it is imperative to evoke. Only for those invested in America, those with (nonmetaphorical) skin in the game, can truly appreciate the multilayered creation Miranda has orchestrated.

And it is their appreciation that is telling. Because it means that they care. In other words, Miranda has created “Hamilton” in such a way as to elicit thrill from sophisticated, woke Americans (of course, not the wokest, but they categorically resist thrill). His creation allows them to care for the American dream, even when their criticism of its flawed fulfillment has long ago stifled most positive feelings they had for it. “Hamilton” invites them to appreciate it again, to appreciate the story of the United States for the wonder that it is. Immigrants get the job done.

As an Israeli here on a nonimmigrant visa, I can perhaps dream of a time when a musical portraying the life of Chaim Weizmann or Golda Meir is performed by Palestinian actors, and perhaps on Israel’s 240th year that dream will be realized. Yes! Nonetheless, this celebration of American spirit is heartening. The dream, it seems, is not dead. It does depend, though, on who tells the story. 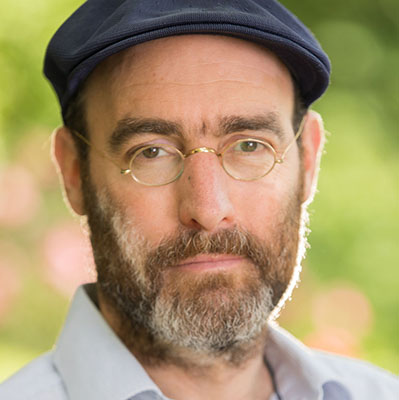 Tomer Persico is a research fellow at the Shalom Hartman Institute and Koret visiting assistant professor of Jewish and Israel studies at UC Berkeley.