Don’t disregard the lives of California prisoners during this pandemic

Addressing the accepted narrative that we’re safer if we incarcerate people is polarizing even in normal times. Tack on the Covid-19 crisis, and heightened fears ignite inhumane treatment of those who are being punished by society, specifically by the State of California, and those detained by Immigration and Customs Enforcement.

Practicing Ve’ahavta lere’akha kamokha, loving your neighbor as yourself, Bend the Arc: Jewish Action joined the California Liberation Collective — a loosely structured group of decarceration and prison abolition advocacy organizations spanning from the Bay Area to Sacramento — to advocate for people in cages during our Covid-19 crisis.

Demonstrators are often met with eye-rolling, finger-wagging, and hands-on-hips onlookers. Such was the case on July 27 when I joined 50 or so CLC members demonstrating in front of Gov. Gavin Newsom’s home in Fair Oaks.

A well-organized, peaceful group of mask-wearing advocates — one in a suit — chanted, “Free them all!” One demonstrator explained the rally’s purpose: “What people don’t understand about our carceral system is that study after study shows that it doesn’t make us safer, and we use it to hide our public failures.” Another pointed out that the vast majority of prisoners “weren’t sentenced to death,” although if they contract Covid-19, it can and has become a death sentence.

The State of California currently incarcerates over 200,000 people in prisons and jails and another 74,000  people in federal immigrant detention centers. The Prison Policy Initiative gave the state the grade of F+ for its response to Covid-19, reporting, “California has statewide policies mandating access to face masks, but reports from inside state prisons suggest that access and use of face masks are limited.”

Incarcerated members of our community are not routinely given personal protective equipment, which includes masks and hand sanitizer. Many have to pay for their own soap, and shortages of toilet paper abound “on the inside.” There is no space to socially distance from others. Now, because of new Covid-19 rules, there are no visits and very few phone calls. However, there are modified, protracted hearing schedules as a way to protect our elected judges and district attorneys from virus exposure.

California prisons have had 8,105 Covid-19 infections, 1,093 just in the last two weeks, and rising. Forty-seven people have died.

As I was leaving the protest, I heard a neighbor shouting, “How would you like it if a bunch of people came to your house chanting and yelling at 6 in the morning?” A demonstrator responded, “I’m sorry if this feels uncomfortable for you. We’re trying to save people’s lives.” Neighbors were spending their time putting thank you notes on the more than a dozen, brand new, fully loaded, law enforcement Chargers and SUVs that double-parked throughout the neighborhood. Those vehicles carried dozens of uniformed, weapons-carrying officers, many in full riot gear. In contrast, most demonstrators parked elsewhere, not blocking driveways as some media reported.

By the end of the day, 14 in our group had been arrested after refusing to unchain from one another and the iron gate separating the governor’s home from the public street. When booked, they were charged with the rarely used “unlawful assembly” and remaining at a place of “riot” post-order to disperse. After booking, they weren’t released as is customary with peaceful protests.

Sacramento currently has a $0-bail order for misdemeanors, with few exceptions. But suddenly, a new charge appeared. Somehow, between the California Highway Patrol and Presiding Judge Russell L. Hom, a bail enhancement was added. What should have been $0 became $42,000 bail for each person. This felt like, “We’ll show you.”

“In the 16 hours we were detained, we witnessed a blatant disregard for every Covid-19 precaution Gov. Newsom preaches about,” one demonstrator shared. “We are outraged that people incarcerated in prisons, jails and detention centers face these life-threatening risks … We are more committed than ever to amplifying the voices and leadership of incarcerated leaders … and to raising our voices to demand that Gov. Newsom take action to save lives.”

On July 31, a fellow organizer from another demonstration showed signs of high fever. Sacramento County Jail’s response was to have them drink cold water until their temperature reduced.

The belief in b’tzelem Elohim, that we are all created in God’s image, shouldn’t just be for those who have the privilege of not being policed. 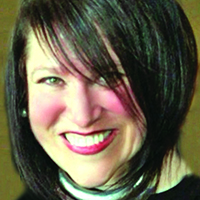 Lynn Berkley-Baskin is a Jewish community leader and organizer in Sacramento.