Reutlinger is a community gem, so let’s fight to save it

On July 8, the California Superior Court ruled that the Jewish Federation of the East Bay may proceed in the fight to reverse the takeover of the Reutlinger assisted-living facility in Danville by Eskaton, a non-sectarian operator of senior care facilities.

During the 1990s, when the Reutlinger separated from the Federation and became an independent entity, the parties entered into an agreement requiring that if the Reutlinger ever wanted to sell or discontinue operations, it was obligated to obtain Federation approval. The Federation also was granted the right to take over Reutlinger in those circumstances.

Not only did the Reutlinger board of directors and executive director fail to obtain such approval for the Eskaton deal, they never even discussed their intentions with the Federation.

Just as Reutlinger kept its intentions from our Jewish community, the Federation also was kept in the dark. Described as an “affiliation agreement” by Reutlinger, it was anything but that. When I describe the Eskaton deal as a takeover, I am being overly generous. The deal was more like a midnight raid on one of our Jewish community’s largest, most significant operations.

The Reutlinger Community and its endowments have an estimated commercial value of $35 million. The tangible value of what Eskaton paid for Reutlinger was a big, fat zero. Of even greater concern: Eskaton’s commitment to maintain Reutlinger as a facility for the aged based on Jewish values expires after five years.

The more I learned about the deal, the harder it was for me to comprehend how any board of directors could so foolishly give away its assets and destroy an organization that has provided 70 years of care to the Jewish elderly. They have been trying to describe the benefits of the Eskaton transaction in a positive light, but when you put lipstick on a pig, it’s still a pig.

I am incensed, and together with a group of others in our East Bay community, initiated the litigation that the Federation has now joined. We all are fully committed to returning Reutlinger to its rightful place as a major part of our East Bay Jewish community.

For almost 50 years I have been an active member of our Jewish community. I was involved in the acquisition of the Reutlinger site and was a major donor to the capital campaign to build the facility. It pains me to see how a very small group of directors can so easily give away a community gem. If you agree, please share your email address and receive updates on our litigation at savereutlinger.org/get-involved. 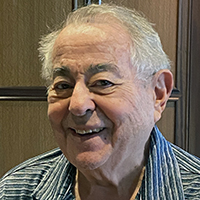 Donald Chaiken, a Lafayette resident, has been active in the East Bay Jewish community for almost 50 years. He was president of the Endowment Foundation and Vice President of the Federation. He is president of the family-owned Davidon Homes, a developer and builder of residential communities in the Bay Area