Streaming services open up a world of Jewish stories

“Going to the movies” has a much different meaning nowadays.

The coronavirus pandemic has forced film distributors to change their strategies so they can safely release their new films to audiences. Many film festivals, including the Silicon Valley Jewish Film Festival, have also revamped what the event would look like this year by going virtual.

“It was so important that we overcome the challenge of the pandemic to serve our community,” says Margalit Raviv, SVJFF’s program director. The festival started Aug. 23 and runs through Sept. 7. “Culture is our life’s meaning. A virtual setting is no substitute for the in-person experience, but it’s helping keep the soul and love for culture alive when we need it the most.”

On the plus side, the increased availability of films to stream at home has led audiences to discover new types of content. Jewish-themed films have been no exception. Last month, HBO Max’s “An American Pickle” and Disney+’s “Howard” have proven successful for the streaming platforms. Other Jewish films, including “They Ain’t Ready for Me” and “Shiva Baby,” have been winning over audiences through various virtual festivals, including the San Francisco Jewish Film Festival in July.

SVJFF organizers say the films they selected this year represent the times we’re living in right now, emphasizing pressing social issues and questions about leadership. It was also important for them to program some films offering “love and laughter.”

Audiences might have missed “Standing Up, Falling Down” when it hit theaters just days before quarantine, but on Sept. 6, Silicon Valley residents will have a chance to stream it through the festival (it is geo-restricted). In this touching, cross-generational dramedy, a down-on-his-luck comedian (Ben Schwartz) moves back home with his parents and strikes up an unlikely friendship with his dermatologist (Billy Crystal). While the film does not explicitly deliver a Jewish message, it offers themes and jokes relatable to Jewish viewers. The chemistry between longtime favorite Crystal and hot, up-and-coming Schwartz is the heart of the entire film and well worth watching.

Also on Sept. 6, Silicon Valley viewers also will be able to stream one of Israel’s most popular films of the year, “The Art of Waiting.” The film stars two of Israel’s most successful actors today, Nelly Tagar (“Zero Motivation”) and Roy Assaf (“God’s Neighbors”), as a married couple struggling to get pregnant. The story is based on the personal journey of the film’s director, Erez Tadmor, who will also participate in a special post-screening conversation available to ticket holders.

“Audiences around the world — not just in Israel — have responded so positively toward this story,” Raviv reports. “While the film focuses on an Israeli couple, fertility issues are a universal subject that audiences have either faced themselves or know someone who has.”

Beyond the festival, Silicon Valley’s ability to create and distribute Jewish and Israeli content is much greater than people might realize. As companies like Netflix and Apple become major leaders and disruptors in the entertainment industry, they’re using their platforms and reach, especially during the pandemic, to shine a light on Jewish stories and talent. Netflix alone has three highly anticipated films that are already picking up early awards season buzz.

“The Trial of the Chicago 7” may not sound like a Jewish film off the bat — a political drama related to the protests at the 1968 Democratic National Convention — but it is, thanks to the film’s focus on Jewish activists Abbie Hoffman and Jerry Rubin (played by Sacha Baron Cohen and Jeremy Strong, respectively). Hoffman, founder of the early ’60s counterculture group the Yippies, spoke Yiddish at his trial and was eulogized by Rabbi Norman Mendell for having led his public life “in the Jewish prophetic tradition.” Rubin’s activism was shaped in part by his education at UC Berkeley and Hebrew University in Jerusalem, and his time on a kibbutz. Written and directed by Aaron Sorkin and produced by Steven Spielberg, the film will be released on Oct. 16, just three weeks before the 2020 presidential election.

“Mank” tells the true story of a dispute between Jewish screenwriter Herman J. Mankiewicz (Gary Oldman) and Orson Welles (Tom Burke) over the “Citizen Kane” screenplay. And “The Life Ahead” brings legendary film actress Sophia Loren back from a 10-year hiatus to play a Holocaust survivor who takes in a young immigrant boy from Senegal. Netflix has not announced firm release dates for either film, but both are slated for this year.

“Everybody’s fighting for the same thing,” says SVJFF’s Raviv. “Film festivals and streaming platforms alike are trying to sign the best films possible. The fact that Netflix and Apple are buying Jewish and Israeli content is good for everyone. Israel is a small country and doesn’t have big budgets like Hollywood has, yet they’re still creating great stories that are getting better each year.”

Jewish and Israeli films over the next few months, however, aren’t only arriving with the support of big players in Silicon Valley.

“Ottolenghi and the Cakes of Versailles,” a mouthwatering look at celebrated Israeli chef Yotam Ottolenghi’s crazy adventure to re-create the French palace of Versailles as an inconceivably decadent dessert for a Met gala, will be released on demand this month on Amazon.

And coming soon, “Asia,” which stars 2020’s “it girl” Shira Haas (“Unorthodox”) as a differently abled Russian-Jewish immigrant on a quest to lose her virginity, and “Sublet,” which follows a gay New York Times journalist (John Benjamin Hickey) who travels on assignment to Tel Aviv after suffering a tragedy, will be available for U.S. audiences to stream in late 2020 or early 2021. 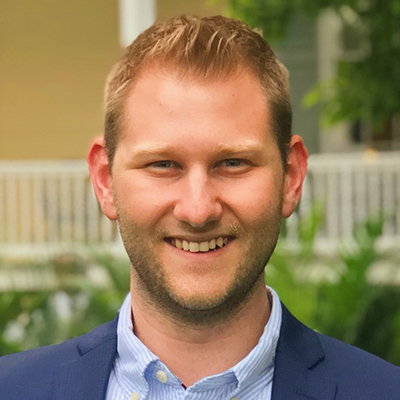 Brandon Schuster is a New York-based writer who writes about the intersection of Judaism and culture.