Moshiach, thy name is Max — in Atlanta, anyway.

That is Max Fried of the Braves, who’s been among the most dominant pitchers in this pandemic-shortened Major League Baseball season.

The Jewish lefty, in his second full season as a starter, has gone 6-0 after beating the Boston Red Sox on Monday and owns a National League best 1.60 earned run average. Fried has yet to yield a home run in his last 58 1/3 innings, including 45 this season.

Great pitching for sure. But the Messiah?

The 26-year-old southpaw qualifies as that for a Braves squad that saw its top starter, Mike Soroka, go down three starts into the season with an Achilles tear and the rest of the rotation struggle terribly. Still, Atlanta was sitting atop its division, the N.L. East, with a three-game lead over the Philadelphia Phillies and Florida Marlins as of Wednesday.

His teammates and manager are quick to cite Fried as the reason.

“I don’t think we’d be here without Max,” first baseman Freddie Freeman told mlb.com when asked who was the team’s Most Valuable Player.

And this from manager Brian Snitker, to the same website: “He was the one guy you could count on and he didn’t disappoint.”

Fried grew up in the Los Angeles area, throws hard, is a lefty – and yes, he’s a big-time Sandy Koufax fan.

In fact his uniform number, 32, is an homage to the Dodgers Hall of Famer who famously sat out a World Series game in 1965 played on Yom Kippur. (Fried did pitch last year on the Day of Atonement; it didn’t go well.)

Fried met Koufax in 2018 when the Braves and Dodgers faced off in the postseason.

“Incredible,” was how Fried recalled the meeting in an interview last year with JUF News.

Fried talked in the interview about the famed Jewish athlete.

“The more success I had growing up, the more I heard about Sandy Koufax in the Jewish community,” he said. “Growing up in Los Angeles and being left-handed, eventually I started idolizing him. Obviously he was before my time. But I always strived to follow him. And everything I ever heard was about how great a person he was rather than how great of a pitcher.”

Now no one is calling the lanky 6-4, 190-pound Fried another Koufax. But great things were expected for the former first round draft choice.

“I’ve been saying it for a few years how special that left arm is,” Freeman said. “We saw it last year and now he’s really putting it together.” 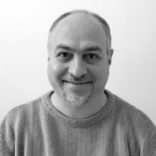