On Sept. 15, an official ceremony took place at the White House, as Israel and two Gulf states — the United Arab Emirates and Bahrain — officially normalized their diplomatic relationships.

This normalization is with no doubt an important step that has great potential to benefit Israel both diplomatically and financially.

However, and in spite of attempts by Prime Minister Netanyahu and President Trump to address it is such, it is in no way a peace agreement.

In fact, the most pressing peace agreement Israel needs to be putting its effort into is with the Palestinians, as they are ones Israel has been in conflict with in the past several decades.

This “peace agreement between Israel and the United Arab Emirates” charade, which reached its peak at the signing ceremony, is the second link in a chain of deceptions.

Notice what we had in the past year: First, President Trump and Prime Minister Netanyahu tried to sell us a “peace plan” that included the unilateral annexation of about 30 percent of the West Bank but kept the Palestinians completely out of the discussion. Not long afterward, they buried it with the help of a “peace agreement” with the United Arab Emirates that boils down to establishing official relations with a country with which we already had an unofficial relationship.

The truth, however, is that the two are no great statesmen but rather marketing wizards who are up to their necks in trouble. Men who will stop at nothing to pursue their personal interests, even — and primarily so — at the public’s expense.

“True peace is not a slogan,” Prime Minister Netanyahu wrote on Twitter, reneging on the heretofore doctrine of “territories for peace.” He is offering us “peace that derives from power, peace for peace.” Is that so? “Fake Peace,” a report from the Israeli activist think tank Zulat, focuses on Netanyahu’s attempt to deceive the public by marketing this normalization as a peace agreement that came with no price.

This agreement, in fact, exposes and publicizes a relationship that began in the 1990s with a country with which Israel shares no border, never had a national conflict with its citizens, never conquered its land and never annexed its capital city.

The repackaging of this “peace agreement” serves Netanyahu and Trump as a means to shelve the annexation plan that would have cemented the apartheid regime in the territories, but unfortunately for them, lost its feasibility.

Zulat’s report ”It’s Not Annexation, It’s Apartheid” (published in June) focused on that annexation plan, the ways in which it was whitewashed, and its dangerous implications.

It is also meant to rebrand the worst product of the last 53 years: the continuous Palestinian-Israeli bloodshed due to the occupation and the serious human rights violations resulting from it.

Now the right is using this agreement to claim that there is really nothing wrong with the current situation: “See? Even the Arabs don’t care about the Palestinians, so why should we?”

Even if annexation has been momentarily removed from the agenda, Israel is left with a reality that bears clear-cut apartheid characteristics: structural and systematic discrimination against its Arab citizens within Israel, and plunder and repression in the territories under the auspices of a military occupation that routinely violates Palestinians’ most basic rights.

At this point, before the long list of aides fired from the White House have published their “memoirs,” we do not know whether this fraudulent deal was right from the outset cooked up in two stages (“deal of the century” first and “peace agreement” with the UAE second) or evolved this way on the go.

My assessment is that, from the outset, the annexation proposed in “The Deal of the Century” was intended to serve as a diversionary ploy, and that the agreement with the UAE is a spectacular way out that allows Trump and Netanyahu to bury it for good, as the international community heaves a sigh of relief at the cancellation of the annexation and the Israeli public basks in promotional press articles about luxury hotels in Dubai.

Either way, Trump and Netanyahu are benefiting from the promotion of economic interests and sale of F-35 jets, and ignoring Arab League Secretary-General Ahmed Aboul Gheit’s declaration that its members regard the formula of “territories for peace” — as opposed to Netanyahu’s “peace for peace” — as the sole source of authority for peace agreements and normalization with Israel.

For the sake of yet another economic deal, they are legitimizing and normalizing conflict and occupation. Peace for peace? Not exactly. Millions of Palestinians under the Israeli boot think otherwise; they feel the price of this “normalization” all day, every day. Trump and Netanyahu think about business and the economy; human beings, certainly Palestinians, do not interest them, and even the well-being of the citizens of their own countries is not their top priority.

The failure to deal with the Covid-19 pandemic and its death toll both in Israel and in the United States reveals the extent of Netanyahu and Trump’s failed leadership.

And so, being the salesmen that they essentially are, they are trying to distract the attention of a public struck by disease and financial distress with yet another pompous event on the White House lawn. Ribbons will be cut, arms dealers will make a fortune and we will continue to suffer the consequences. 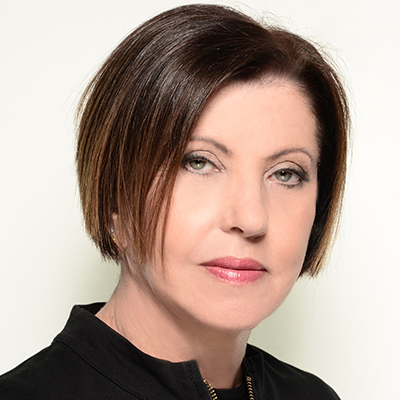 Zehava Galon served 16 years in Israel’s Knesset, including six years as chair of the Meretz party. She is the founding president of Zulat, a progressive activist think tank launched in May 2020 (zulat.org.il/en).