San Ramon mayoral candidate Sanat Sethy planned to make his campaign about fixing schools, reducing traffic and expanding affordable housing. Now it has also become about the Israeli-Palestinian conflict and accusations of Islamophobia.

Sethy, 50, is one of six candidates vying to become mayor of the East Bay city of 75,000, just south of Danville. He was invited to a Sept. 30 candidates’ forum sponsored by the Council on American-Islamic Relations, held at the San Ramon Valley Islamic Center. But he chose to skip the event because he objected to a string of what he considered antisemitic tweets by a local CAIR leader.

And he said so publicly.

Sethy told J. he had been aware for some time of the views of Zahra Billoo, executive director of CAIR’s Santa Clara-based Bay Area chapter. In her tweets over the years, she has called Israel an apartheid state, claimed Zionism is racism, said Israel commits war crimes and terrorism against Palestinians “as a hobby,” and said she is “more afraid of racist Zionists who support Apartheid Israel than of the mentally ill young people the FBI recruits to join ISIS,” which she tweeted in 2015.

Knowing of Billoo’s views, Sethy decided he couldn’t participate in the forum. His campaign released a Sept. 28 statement that said “previous positions of [CAIR] do not align with Mr. Sethy’s personal values or the values of San Ramon residents. Some of these positions include antisemitic comments made by members of CAIR in the past.”

In response, CAIR sharply criticized Sethy, accusing him of harboring Islamophobic views and “fear-mongering.” In an Oct. 6 press release, CAIR advocacy manager Aliza Kazmi said: “The mayoral race in San Ramon, home to one of the region’s largest Muslim congregations and a sizeable Muslim population is an important one. Sanat Sethy made his intent to divide voters based on bigotry very clear and in doing so missed out an opportunity to pitch his platform and positions.”

Jewish Voice for Peace, a Bay Area-based group that has been harshly critical of Israel and supports BDS, joined the CAIR statement, saying in part: “Unsubstantiated claims of antisemitism are often used against groups that stand in support of Palestinian human rights, especially against Muslim organizations.” Even Linda Sarsour, the nationally known Muslim co-founder of the Women’s March and a frequent critic of Israel, weighed in with a tweet that read in part, “Let’s just say Sanat won’t be the mayor of any town anytime soon.”

CAIR did not respond to J.’s multiple requests for comment.

The candidate is still surprised his decision triggered so much controversy. “This whole situation has come as a little bit of a shock to me,” said Sethy, who was born in India and has lived in San Ramon for 13 years. “I love San Ramon and its residents. I care for every person in our city. Our diversity, our backgrounds, races, religions, are what makes San Ramon such a vibrant city to live in.”

Sethy, a mechanical engineer by training, defends himself by noting that when he ran for mayor in 2018, he met with voters at the San Ramon Valley Islamic Center. He said his public statement declining to appear at the forum contained nothing Islamophobic. “As a person of color and immigrant, I passionately condemn racism, discrimination, and prejudiced beliefs against all persons,” he told J.

No polling has been done to measure the state of the race, so Sethy does not know whether the flap has helped or hurt him. He does say that his donations have not dipped in the days since he bowed out of the forum, and that he hasn’t received any hostile messages from potential voters.

“I haven’t had a single person come up to me” criticizing his stance, he said. “A bunch of people wrote to me saying, we need a courageous leader.”

As for the Israeli-Palestinian conflict, he doesn’t think it’s an issue for the mayor’s race, but he does have opinions. “Everyone should sit at the table and try to resolve it,” he said. “If no one listens to each other, that’s not the way. At the end of the day it’s all global. We all have a responsibility to ourselves and to the world, and to support what is right.”

As Election Day draws near, Sethy doesn’t believe the incident will matter much to San Ramon voters. But still, he said, the accusations of Islamophobia stung.

“I can only hope that the leaders of CAIR realize the real-world implications of false allegations of bigotry,” he told J. “Spreading false and baseless accusations of Islamophobia takes attention away from authentic issues that need media coverage. Muslim-Americans face enough real instances of prejudice — there’s no need for fictitious ones. Equality and acceptance are not topics that should be manipulated for political gain. I would never refuse to attend a debate because of the religion of the host.” 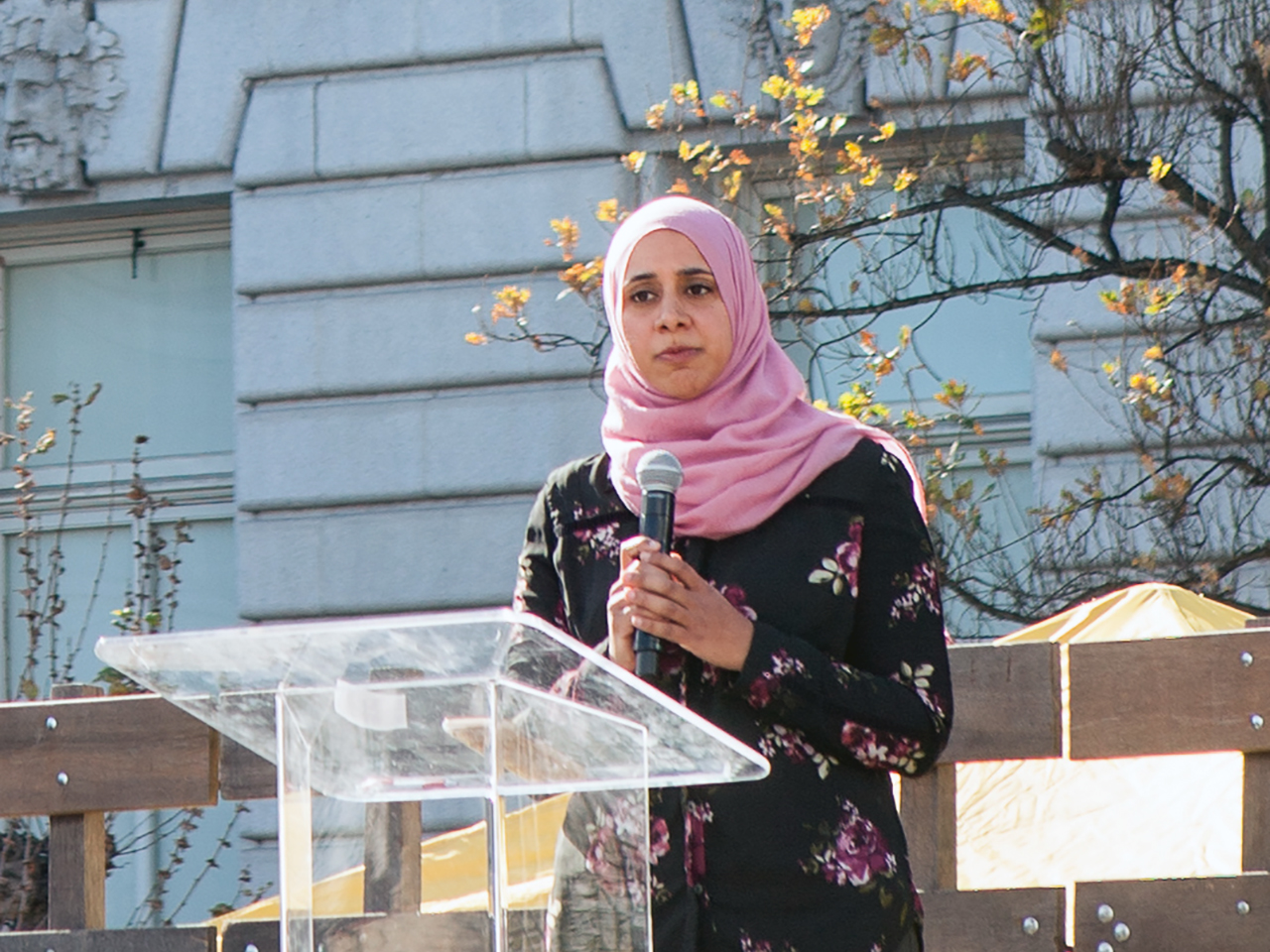