Let’s make our own statement at S.F. State and install a Harvey Milk mural

With the Leila Khaled webinar and anti-Israel panel on Sept. 23, once again San Francisco State University has made international news as a hotbed and locus of radical anti-Zionist and antisemitic fervor. The Jewish community is playing defense in reaction to another egregious example of accommodation to a small but vocal group that espouses hostility and intolerance.

I have been a lecturer at SFSU since 1995, in both the College of Business and the College of Liberal and Creative Arts, and can attest that the vast majority of our students are at the university to improve their own lives. Many are the first generation in their family to go to college.

The vast majority of faculty I have known are dedicated to their students’ success. We work very hard, with little recognition and low compensation (50 percent are lecturers without benefits), to facilitate learning. Every student who graduates is a victory for our collective efforts.

Simply put, this most recent controversy does not reflect the reality of most of our experiences on campus. However, there is a small contingent of people in the SFSU College of Ethnic Studies who generate these conflicts.

So rather than once again playing defense, let’s play offense with natural allies in our community and on campus to take a positive action to affirm our democratic rights and hold the university accountable to its own mission statement, that SFSU “honors roots, stimulates intellectual and personal development, promotes equity and inspires the courage to lead, create and innovate … [and] encourages its students, faculty and staff to engage fully with the community and develop and share knowledge.”

The Edward Said mural at the student center was dedicated in 2007 at the request of the Arab American community. Said, a longtime professor at Columbia University, had very strong, even extremist opinions, such as supporting a one-state solution and the right of return for all Palestinians, which would be the destruction of Israel, the only Jewish state.

I am personally offended every time I pass that mural. It symbolizes hatred and intransigence, encourages victimhood, and discourages empathy and reconciliation. Said’s views do not comport with the intent to ”honor roots” in the SFSU mission statement, by denying Jews the rights as a nation, nor does he have any connection to the San Francisco or Bay Area communities that this state university serves.

Our student plaza is dedicated and named for Cesar Chavez, whose efforts on behalf of Mexican American farmworkers exemplified the building of coalitions for justice that reflect the pride of our Latinx community. His words and actions as a California leader showed us a model for our society and an inspiration for a better future for our students. We can all be included in his exemplary life.

Edward Said was none of those things.

However, Harvey Milk was a local hero who battled for the rights of the San Francisco LGBTQ community, was the first openly gay person to be elected to office in California (as a San Francisco supervisor), was gunned down for his identity and efforts, and happened to be motivated by his Jewish sense of justice and activism.

The Bay Area and San Francisco State University pride themselves on championing pluralism and embracing differences. We exemplify the American ethos of e pluribus unum (out of many, one).

A mural of Harvey Milk, either to replace Edward Said or to be displayed adjacent, would be a positive proactive step we in the Jewish community should support. We should do this in partnership with LGBT organizations, so it is not perceived as a Jewish defensive reaction, but as a true San Francisco community statement of who we are when we are at our best.

Let us take pride in our actions. What better way to further SFSU’s mission, show our support for the LBGT community and instill pride in our Jewish youth to know that a Jewish gay individual represented the best in who we are as well. 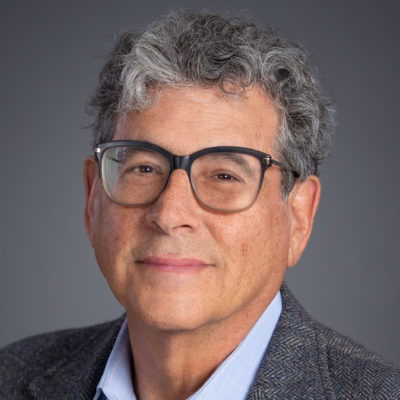 Jeff Saperstein is a lecturer at San Francisco State University and a Bay Area Jewish activist. He lives in Mill Valley.