Affirming the need for equal opportunity: Yes on Prop. 16

The California ballot this year includes a whopping 12 propositions, addressing topics as varied as revising property tax law and regulating dialysis clinics. One of those measures, Proposition 16, seeks to overturn a statewide ban on affirmative action, a subject that brings up a lot of history for Jews.

Affirmative action, a policy to give special consideration to race, gender or ethnicity in government hiring, contracting or admission decisions, has been contentious since emerging on the national stage in 1961.

This year, the issue will come before California voters for the second time in two decades. If passed, Prop. 16 would repeal a 1996 ban on affirmative action.

It’s impossible to address this hot-button issue without probing our country’s long history of discrimination against women, people of color and other minorities. It was a bedrock feature of American life, from the founding of the nation through the civil rights era, and it continues today.

In the 1960s and ’70s, America made great strides in righting historical wrongs with the Civil Rights Acts and the Voting Rights Act, and in affirming decisions on Title IX, busing and affirmative action. In those decades, people of color and women made appreciable advancements in academia, business, sports and many other areas.

To some, these steps smacked of government overreach. For others, they were a pathway to forming the more perfect union envisioned in the Constitution.

Within the Jewish community, reactions have always been mixed. Memories of the bad old days of quotas, when universities would set limits on admissions of Jews, have pushed some to favor merit-based admissions rather than preferential treatment for certain categories of applicants.

Those battles were waged a while ago. Today the data is clear. After 1996, admit rates for African American applicants at UC Berkeley declined by more than half, and the number of UC applicants from underrepresented minority groups plummeted.

Our cover story this week revisits the complicated history of affirmative action and the Jews who have supported and opposed it.

The latest polling suggests Prop. 16 will go down to defeat. Californians apparently believe it is unfair to consider race, gender or ethnicity as factors in hiring or admission decisions.

Repairing the world (tikkun olam) and forming that more perfect union go hand in hand. We believe that justice is better served by encouraging diversity and recognizing that a truly level playing field requires that all players have equal tools and equal opportunity. 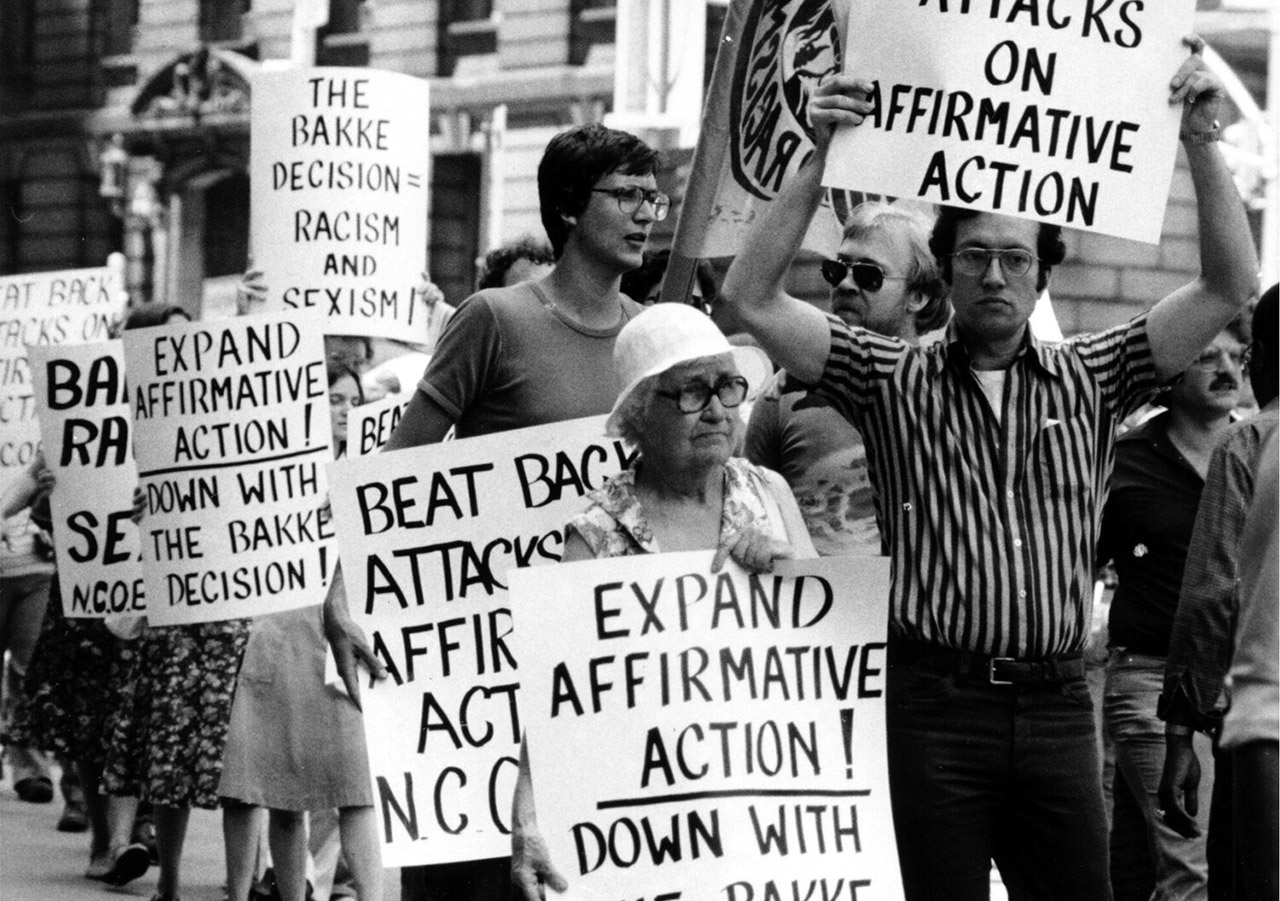