No matter who wins the election, American Jews fear bigotry and division will endure

American Jews, like the rest of the country, don’t yet know who won the presidential election.

But after a grueling campaign and a contentious voting period, they say they know two things: The country is just as divided as it was four years ago. And while Democrat Joe Biden has carried the popular vote, tens of millions of people have thrown their support behind a president, Donald Trump, whom most American Jews believe advances values far from their own.

“We are an incredibly divided country, and that was something we knew before yesterday, and something we know today,” said Jeremy Burton, executive director of the Boston Jewish Community Relations Council. “There are certain people in the Jewish community who were hoping this would be a massive rejection of Trumpism, and no matter what the outcome is in the Electoral College or the Senate, this is not a massive rejection.”

Liberal Jews fear that means that even if Trump is defeated, the ideology he represents has staying power. They worry that Trump’s harsh policies against undocumented immigrants and refugees, in addition to the rising anti-Semitism of the past four years, are supported or condoned by a large portion of their country.

“The atrocities of the past four years haven’t made a difference to a lot of people,” said Rabbi Salem Pearce, executive director of Carolina Jews for Justice, a progressive activist group. “There are some things that are beyond the pale and thinking that is not a function of where you live.”

Some Jews have blamed Trump for creating a climate friendly to antisemitism, even as his supporters counter that he has condemned hate and defended Jewish interests through a string of pro-Israel actions.

Deborah Dash Moore, a Jewish history professor at the University of Michigan, pointed to the defacing of Jewish gravestones with pro-Trump graffiti in the western Michigan city of Grand Rapids. While the vandalism, which was discovered just before Election Day, is not being investigated as a hate crime, she believes that it speaks to a newfound acceptance of antisemitism in the United States that the election results do not repudiate.

“I’m really struck by how divided the country is and how much license has now been given, for example, to antisemitism,” she said. “I couldn’t imagine the smearing of a gravestone with the name of the president…. Since the end of the Sixties, you haven’t seen that kind of politicized antisemitism, which is what this is. That has been absent, it has been underground, it hasn’t been expressed.”

Concerns about the country’s enduring polarization, or the vote legitimizing Trump’s ideology or empowering extremists, are not limited to Jews. Heather Segal, an immigration lawyer in Canada who has seen a substantial uptick in calls from the United States this year, said she received six more since Election Day — all lamenting the state of the country no matter the winner.

In recent months, she has been working with some 50 to 70 clients in the United States on either moving to Canada or obtaining Canadian citizenship, which she called a “huge” increase over previous years. The calls and emails she has received, she said, are almost all from people, many Jewish, who are scared of a second Trump term.

“[They’re] saying things like, even if Biden wins, what this has shown me is how divided our country is,” she said of callers on Tuesday and Wednesday, adding that they say, “‘It’s such a tragedy and failure of democracy.’ People are concerned and also [there’s] fear, a lot of fear.”

Jewish communal professionals attribute part of the divide to geographic polarization within and between states, something they think Jews should take action to minimize. Maharat Rori Picker Neiss, executive director of the St. Louis Jewish Community Relations Council, said that because Jews mostly live in Democratic states and in urban areas, they don’t have contact with the people who have a different vision of the country from them.

“The conversations that are happening on the coasts are very different from the conversations happening in the Midwest,” she said. “We as a Jewish community need to be doing more in terms of interacting with those rural areas… We want to have a Jewish presence in those parts of the country. That also facilitates understanding in terms of people who don’t have the opportunity to meet Jews or interact with Jews.”

But some progressive Jews say nothing could mitigate against the fact that many Americans voted to validate policies they see as deeply immoral. They’re disappointed that this year’s election did not repudiate, for example, Trump’s more controversial immigration actions, like housing migrant children in cages, or reject the idea that America should be closed off to refugees.

Mark Hetfield, executive director of the Jewish refugee aid group HIAS, said the election shows “half of our country welcomes refugees and believes in that tradition, and half clearly doesn’t.”

He feels that Trump’s vote share, given his record, reflects America’s history of slavery and institutionalized racism.

“What it should tell Jews is to wake up and pay attention,” he told JTA. “Because there’s nothing inherent to the ‘civilized’ ‘progressive’ ‘modern’ country that is America that another Holocaust, or Inquisition, or Crusade couldn’t happen here.”

Republican Jews say it’s unfair to paint all Trump voters as racist, when people choose whom to support for myriad reasons. But Josh Kantrow, a conservative political commentator from Chicago, said he hoped that Republican electoral success would not always cause concern among minority groups.

“I want the Republican party to continue to do more outreach to build a wide coalition,” he said. “The Republican party is still seen as too many white people and white men and white Christians. We need to be the party that groups that feel disadvantaged can feel at home in.”

No matter where Jews fall on the political spectrum, Rabbi Avi Shafran fears that the country’s divisiveness, and the ideological polarization and extremism that have accompanied it, do not bode well for the Jews.

“The divide among Americans remains as deep as ever, which is tragic,” Shafran, a spokesperson for the Haredi Orthodox Agudath Israel of America, told JTA. “When there is social upheaval, it is never good for Jews. And with Jews prominent on both sides of the political divide, those inclined to blame Jews for the world’s ills will, sadly, see the Jewish community as their enemy.” 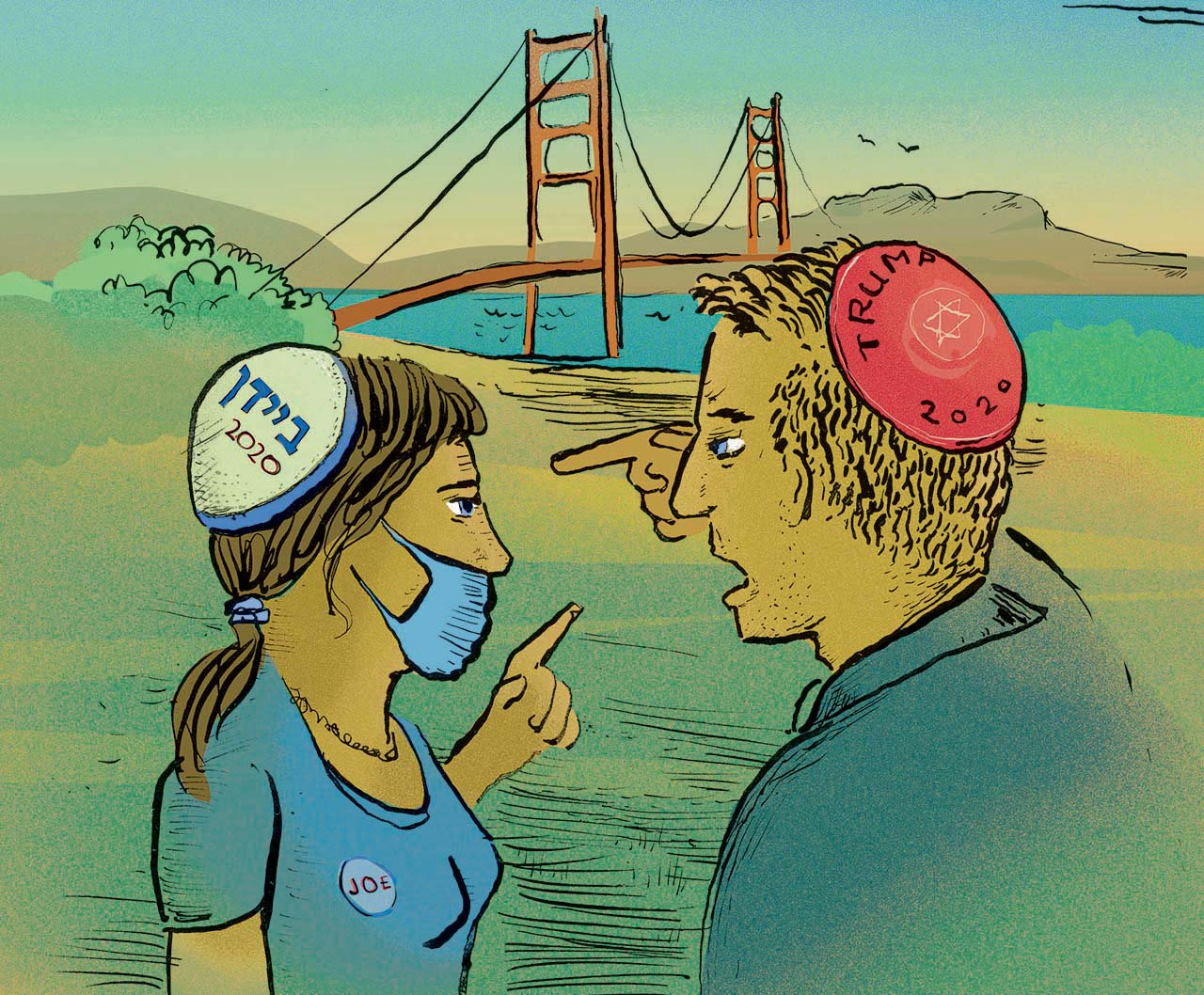 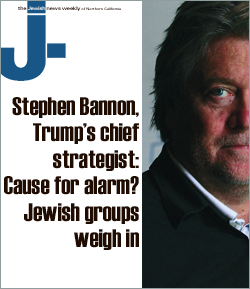