Enough already, or cancel culture will come for the Hebrew Bible

Political correctness threatens the Hebrew Bible. The seeds of its cancellation may have been planted by San Francisco’s Board of Education.

A committee proposed to the board the renaming of 44 schools, including Washington High (slave owner) and Lincoln High (mistreated native peoples). Forget Washington’s helping win American independence and Lincoln holding the nation together.

Another proscription involves James Lick Middle School, named for a local philanthropist. An objectionable statue was erected in Lick’s honor. However, the model was accepted by his estate’s trustees 14 years after Lick’s death.

There’s Mission High near Mission Dolores in, yes, the Mission District. Many historians believe that California’s missions mistreated native peoples. Should we also change the neighborhood’s name? As for Presidio Middle School, the Presidio, a national park since 1994, once was Spain’s northernmost military outpost. Shall we bury Spanish history? If so, should my city and the bay continue to be named for a Catholic saint?

As to the Hebrew Bible, we recently read the weekly Torah portion Bereshit (Genesis 1:1–6:8). This may offend some people. Its protagonists tend to be flawed.

In Egypt, Abram (later Abraham), the first patriarch, passes off his wife Sarai (later Sarah) as his sister. She’s taken to Pharaoh’s court. Fortunately, God protects her virtue. After the 90-year-old Sarah bears Isaac, Abraham yields to her and, with God’s consent, sends away his concubine Hagar and their son Ishmael. When Isaac grows up, Abraham displays his willingness to sacrifice him. An angel intervenes.

Jacob, Isaac’s son, takes his elder twin Esau’s birthright and later tricks him out of their father’s blessing. Joseph’s brothers, later heads of Israel’s tribes, cast their bratty little sibling into a pit from which he’s sold into Egyptian slavery. Years later, Joseph saves the family.

Moses kills an Egyptian well before the Exodus and receiving the Ten Commandments. David sends Uriah the Hittite to die in battle in order to take Uriah’s wife, Bathsheba. The prophet Nathan rebukes David, and God prohibits David from building the First Temple in Jerusalem. His son, the wise Solomon, does, despite accumulating 700 wives and 300 concubines. Samson slays a lion with the jawbone of an ass. Gripped by the spirit of the Lord — along with jealousy and rage — he also kills 30 Philistines at Ashkelon.

Why do Jews, as well as Christians and Muslims, venerate these biblical figures? The Bible presents truth with a capital T. Mythic Truth demands a nuanced view of life.

Jewish commentators long have taken our greatest ancestors to task for their faults. Students continue to discuss — and debate — these characters’ lives. But demanding perfection is fruitless. None of us can model that. So we emphasize the ancestors’ critically important deeds.

For this reason, I would never endorse yanking Martin Luther King’s name from schools and streets. MLK engaged in extramarital affairs, attested to by sources including the Rev. Ralph Abernathy and the historian David Garrow. Infidelity is not to King’s credit, but the good he did more than compensated for his failings.

As the medieval Jewish philosopher Maimonides wrote, “There are some merits that outweigh many sins” (Mishneh Torah, Teshuvah 3:2). One needn’t be without blemish to attain a place in the World to Come.

If God judges with context and perspective, and so accepts imperfection, perhaps we can, too — and keep the Hebrew Bible from being cancelled. 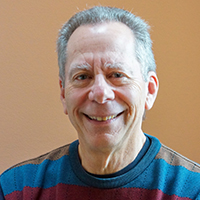 David Perlstein is a San Francisco writer. His new novel “2084” portrays a future white-Christian America from the perspective of a Jewish stand-up comic. He also authored the nonfiction “God’s Others: Non-Israelites’ Encounters With God in the Hebrew Bible.”