Rabbi Jonathan Sacks, the former chief rabbi of the United Kingdom whose extensive writings and frequent media appearances commanded a global following among Jews and non-Jews alike, has died.

Sacks died Saturday morning at age 72, his Twitter account announced. He was in the midst of a third bout of cancer, which he had announced in October.

Sacks was among the world’s leading exponents of Orthodox Judaism for a global audience. In his 22 years as chief rabbi, he emerged as the most visible Jewish leader in the United Kingdom and one of the European continent’s leading Jewish voices, offering Jewish wisdom to the masses through a regular segment he produced for the BBC. He had a close relationship with former British Prime Minister Tony Blair, who called Sacks “an intellectual giant” and presented him with a lifetime achievement award in 2018.

In 2009, he was given a lifetime peerage and became a member of the House of Lords, the upper house of the British Parliament. He took the name “Baron Sacks, of Aldgate in the City of London” and was generally referred to in the UK as Rabbi Lord Jonathan Sacks.

Sacks was also an immensely prolific author, addressing pressing social and political issues in a succession of well received books. His popular commentary on the prayer book, published by Koren, helped to dethrone the more traditionalist Artscroll Siddur as the preeminent prayer book in Orthodox synagogues.

Sacks was normally averse to mixing religion and politics, something he discussed, along with his latest book, “Morality: Restoring the Common Good in Divided Times,” and an array of other hot-button topics with the Jewish Telegraphic Agency in August.

“When anger erupts in a body politic, there is quite often a justified cause. But then the political domain has got to take that anger and deal with it very fast,” he told JTA’s opinion editor Laura Adkins. “Because anger exposes the problem but never delivers the solution.”

But he did take public stances on two topics that were often ensnared with European politics: Israel and antisemitism.

Sacks spoke out publicly as Britain’s Labour Party was engulfed in an antisemitism scandal under its previous leader Jeremy Corbyn, calling Corbyn an antisemite.

“We have an antisemite as the leader of the Labour Party and her majesty’s opposition. That is why Jews feel so threatened by Mr. Corbyn and those who support him,” Sacks said in 2018 during an interview with the New Statesman.

That judgement paved the way for the current British Chief Rabbi Ephraim Mirvis to harshly condemn the Labour Party, a precedent-setting event in British Jewish life.

Corbyn was replaced in April by centrist Keir Starmer, who has apologized for how antisemitism was allowed to flourish in Labour’s ranks under Corbyn. Starmer, who is married to a Jewish woman, expressed his condolences to “the entire Jewish world” in a tweet on Saturday.

I want to express my condolences on the passing of former Chief Rabbi Lord Jonathan Sacks.

He was a towering intellect whose eloquence, insights and kindness reached well beyond the Jewish community. I have no doubt that his legacy will live on for many generations.

“He was a towering intellect whose eloquence, insights and kindness reached well beyond the Jewish community. I have no doubt that his legacy will live on for many generations,” Starmer wrote.

Sacks was also vocal in his opposition to the forces that lead to antisemitism on the far left and the far right, as he wrote in a JTA op-ed in January.

“Anti-Semitism has little to do with Jews — they are its object, not its cause — and everything to do with dysfunction in the communities that harbor it,” he wrote.

In 2017, in a widely circulated YouTube video, Sacks called anti-Zionism a new form of antisemitism, arguing that it denies Jews the “right to exist collectively with the same rights as everyone else.”

The video was based on a 2016 speech Sacks delivered in Brussels, which is widely seen as having paved the way to Britain’s adoption later that year of the International Holocaust Remembrance Alliance’s definition of antisemitism.

But the video went far beyond political and academic circles, and became symbolic of Sacks’ ability to reach mainstream audiences. Rachel Riley, a famous British Jewish game show television host, last year shared the video, telling her over 600,000 Twitter followers that it is “the best explanation of antisemitism I’ve seen.”

Sacks branched out beyond religious and Jewish cultural thought as well. In 2017 he delivered a Ted Talk about “facing the future without fear” and what he called a “fateful moment” in Western history after the election of Donald Trump as U.S. president, citing Thomas Paine and anthropologists to make an argument about returning a culture of togetherness.

Born in London in 1948, Sacks studied at Cambridge University. While a student there in the 60s, he visited Rabbi Menachem Schneerson — the spiritual leader who is credited with turning the Hasidic Chabad-Lubatvitch movement into a powerful organizing force of Jewry around the world — in New York City. Sacks credits that meeting with inspiring him to get involved with Jewish studies, as he detailed in a series of videos for Chabad.org in 2011.

The U.K. Board of Deputies of British Jews President Marie van der Zyl also released a statement on Saturday.

“Rabbi Sacks was a giant of both the Jewish community and wider society. His astounding intellect and courageous moral voice were a blessing to all who encountered him in person, in writing or in broadcast,” van der Zyl said.

Sacks is survived by his wife Elaine, three children and several grandchildren. 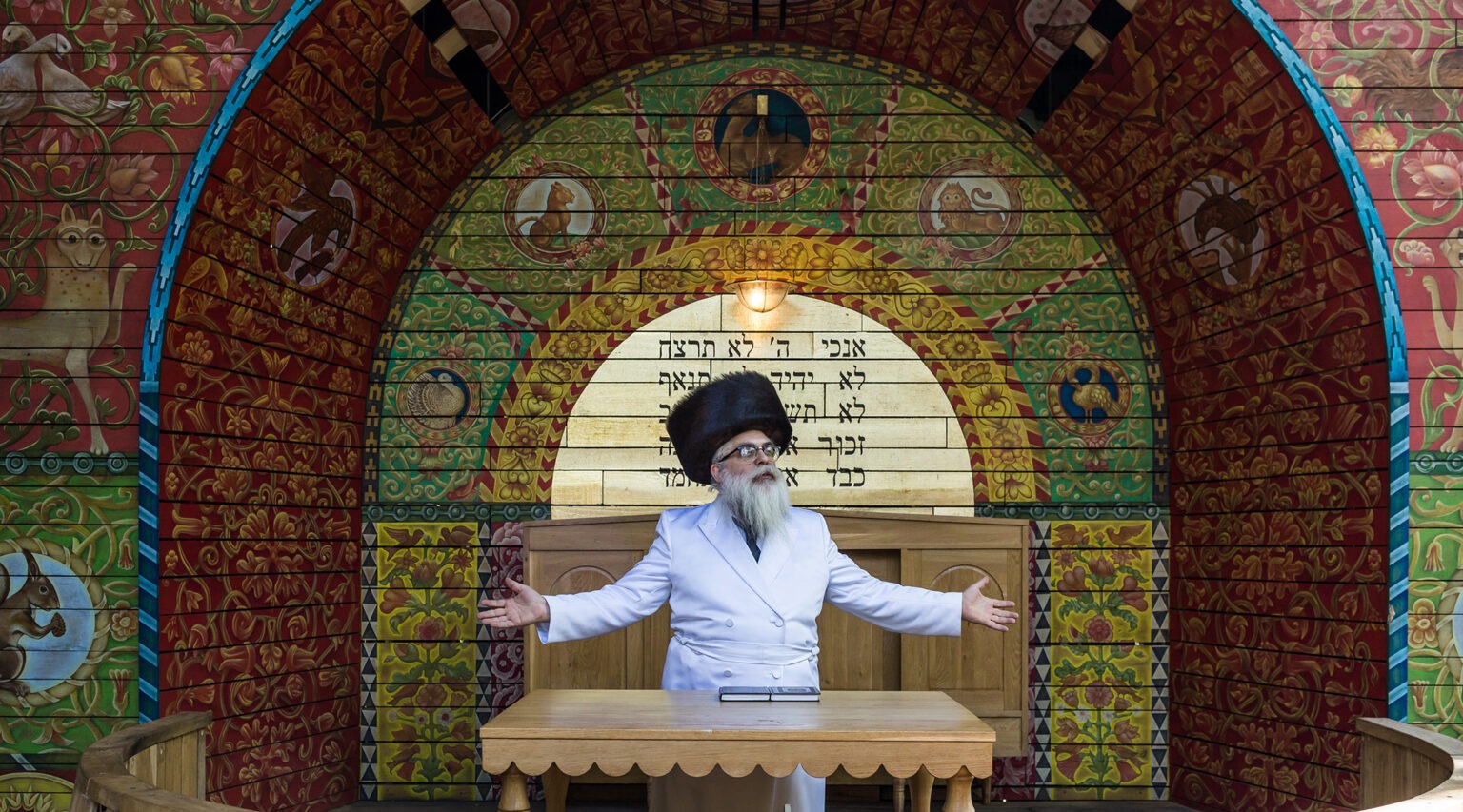