Regarding William Kolbrener’s opinion piece (“Amy Coney Barrett needs a Talmudic view of the Constitution,” Oct. 27): Originalism is even more flawed than Kolbrener presents it.

Originalists, he says, believe “the correct interpretation of the law is the interpretation that would have been intended at the time the law was written.” But most originalists, including Justices Scalia and Barrett, do not look to the original intent of the authors, something they believe is unknowable and in any event irrelevant in the face of the text. Rather, they look to what a reasonable person at the time of enactment would have understood the provision to mean.

The analogy in reading the Torah would be we must ascertain how a reasonable Israelite in 2500 BCE would have understood the words. To state the proposition is to show its bankruptcy as an interpretive approach. Beyond the fact that there is no evidence the framers of the Constitution wanted such a constricted approach to applying a document they knew was for the ages, there is no way for a historian, let alone a judge, to know how a reasonable person in, say, 1791, when the Bill of Rights was ratified, would have understood words, or even more fundamentally who that “reasonable person” might be.

The authors of the Talmud would have recoiled at the idea of fossilizing the Torah. Such an approach for reading the Constitution is equally inappropriate.

Christmas dilemma? ‘Work it out!’

Reading the response in a recent Mixed & Matched column (“How do I tell my Catholic parents that I don’t plan to have Christmas?” Oct. 22), I was impressed by author Dawn Kepler’s thoughtful answers: You want to be sure that the bond between grandchild and grandparent is still strong … Let the Christian grandparents know that you want them in the grandchildren’s lives … Pause and reflect in tough moments.

What I found troublesome was that Kepler immediately accepted the son’s assertion that he won’t be able to celebrate Christmas with his parents in any capacity. As someone who works with interfaith families, I’ve found that many are able to remain Jewish without cutting ties to other cultures. As one convert said, “Everyone talks about the December Dilemma, but families work it out! Christmas is not an infectious disease!”

Christmas has many elements that are not explicitly religious. Have you ever been to an office “holiday party” timed around Dec. 25? If so, have you found it at all spiritual? For many Americans, Christmas is family gatherings, festive meals and the joy of spending time with others.

It is possible to spend the secular parts of Christmas with Christian family members — while not indoctrinating your children. The son can explain which elements of Christmas he is comfortable with. Many of us go to the symphony unworried about the music’s Christian roots. The son could find spiritual meaning in accommodating his parents and observing the Jewish commandment of “Kibud av v’em,” honoring one’s mother and father.

Intermarriage has been part of the Jewish community since Biblical times. Our tradition has been enriched by local customs. Minding the line between enjoying other cultures and maintaining our own has always been a Jewish struggle, and we have not failed yet!

Too late with my protest?

I was outraged when I recently saw Laura Paull’s article (“Jewish muralist’s historic work faces demolition at UCSF,” June 18) about the proposed destruction of Bernard Zakheim’s 10-panel mural “History of Medicine in California.” Hopefully I am not too late with my protest. Zakheim’s work is priceless. Maybe those who have made that decision should consider tearing down that old building built by slaves known as the White House and replacing it with a more modern geodesic dome. That would be more in keeping with their mentality, or lack thereof.

(Editor’s note: You are too late, but for a good reason. The mural will be removed and preserved, as we reported on Oct. 22 in “S.F. firm wins bid to remove historic Zakheim murals at UCSF.”)

Should a rabbi quote Eliot?

When I read the quote from T. S. Eliot in Rabbi Niles Elliot Goldstein’s well-written comments on Lech-Lecha, I recalled the first time I was shocked by Eliot, who may have been a marvelous poet but was also antisemitic.

From his poem “Gerontion,” first published in 1920:

“My house is a decayed house,
And the Jew squats on the window sill, the owner,
Spawned in some estaminet of Antwerp,
Blistered in Brussels, patched and peeled in London.”

As someone who grew up in and around New York City, I have, for the past 45 years (since moving to the Bay Area), always anxiously looked forward to my trips east to visit friends and family — and to overindulge in eating bagels.

I realize that not everyone agrees that New York-style bagels are the best, but enough locals must feel like I do, as two of the operations you highlighted in a recent article (“Hallelujah, it’s raining bagels in the Bay Area,” Oct. 26) reference their founders’ upbringing there.

Unfortunately, since March, there have been no trips to Manhattan, and no bagels. Admittedly, it has been a few years, but after my first visit to Noah’s, I gave up any hope for locally sourced bagels.

But Alix Wall’s recent article was very encouraging — until I looked into the prices. Perhaps you’ve gained some perspective on this through your work. How is it possible that the best bagel in New York costs $1.25 to $1.50, and here in the Bay Area they sell for $3 or more? Are we being gouged? Is it possible that the costs of doing business in the Bay Area are so much higher than in New York City? Any thoughts on why a bagel here costs over twice what it does in Manhattan?

Stop being ‘didactic and smug’

The Jewish community has the consummate skill of strong opinions and loud disagreements. We have always had the ability to argue a seemingly miniscule point to death, and then go on with our lives as though nothing happened.

As an isolated community within larger nations, that ability to disagree without breaking apart has allowed us to survive and even thrive. It’s become, for better or worse, one of our defining characteristics in popular culture. But, right now, that trait seems to be threatened.

I realize this has been a very difficult few years for all of us. There have been a number of revelations about the country which we have not been comfortable with. It turns out not as many people like us, and not as many people think like us, as we would otherwise want. We’ve had to reconsider how we see ourselves and the nation we call home. It’s difficult and tensions are running high because of it.

Accordingly, this should be a time when we use our ability to argue with each other to forge a better path. After all, is this not the opportunity to ask ourselves the hard questions? Are not the best solutions battle-tested against all the other ones? But instead of jumping into the messy process of hashing it all out, parts of the Bay Area community seems to be trying to push out everyone who makes critical observations.

Those who would rather enforce their own opinions as opposed to building a consensus should not be in a position of authority. They are far more likely to break what has already been built than to build anything new of their own. The Bay Area is a growing place and people continue to move here, but they will not join the synagogues, social groups or community centers if the people they find there are didactic and smug.

As a periodical that speaks to the entire Jewish community, J. and its editors have a responsibility to call out misbehavior within the community and to hold us all together. Politics should not cause our religion to perish from this Earth.

Why did Jews vote for Trump?

This is in response to J. reporter Gabriel Greschler’s well-written piece (“Trump or Biden — how did Jewish voters line up this year? It’s complicated,” Nov. 6). Each person’s vote must be respected, but I find it tragic that even one Jewish vote would go to the 45th president. Why? History shows us what happens when a national leader voices disrespect and incites violence against perceived enemies. We know what happens when a leader scapegoats groups and builds a following on prejudice and lies. It can happen here.

As a recently retired 30-year public-school teacher with high standards for student behavior, bullying was never tolerated in my classroom. Verifiable facts were required in papers and projects. I respected all faiths and students. Rules were fair and consistent.

Whether you like him or not, the 45th president fits none of these values. Quite the opposite. It’s not how he was raised or whom he has chosen to be as a leader.

The tragedy of anyone voting for this man in a republic is that he is systematically disassembling our form of representative democracy and replacing it with politics of division.

The 1930s and earlier showed what happens when a leader spouts hatred and harms perceived enemies. Are we to repeat past global tragedies? Tragedies we should have learned from and never forgotten. They can happen here.

We should work to support truth and justice for all, not support lies and prejudice.

Len was a true Trump fan

J. recently published an obituary for Leonard Greendorfer, who died Oct. 11 at 92.

Let me repeat an excerpt from the tribute: “As proud as [Len] was of the accomplishments of his people in Israel, he was just as shamed at the conduct of progressives who abandoned the Jewish faith for the religion of the Democratic Party. The highlight of recent years for Len was President Trump’s courageous and unprecedented support of Israel and the President’s strong actions to confront progressive antisemitism in the United States.”

You spoke the truth, Leonard Greendorfer. May you rest in peace.

J. welcomes letters and comments from our readers. To submit a letter, email it to letters@jweekly.com. 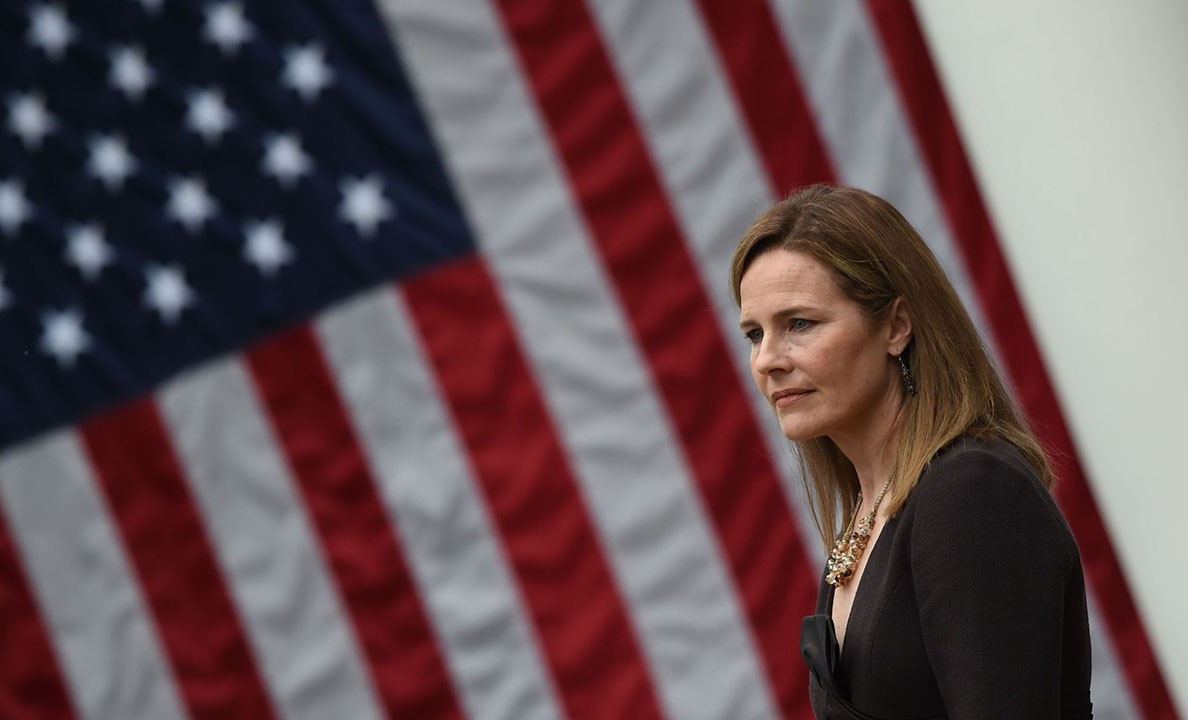 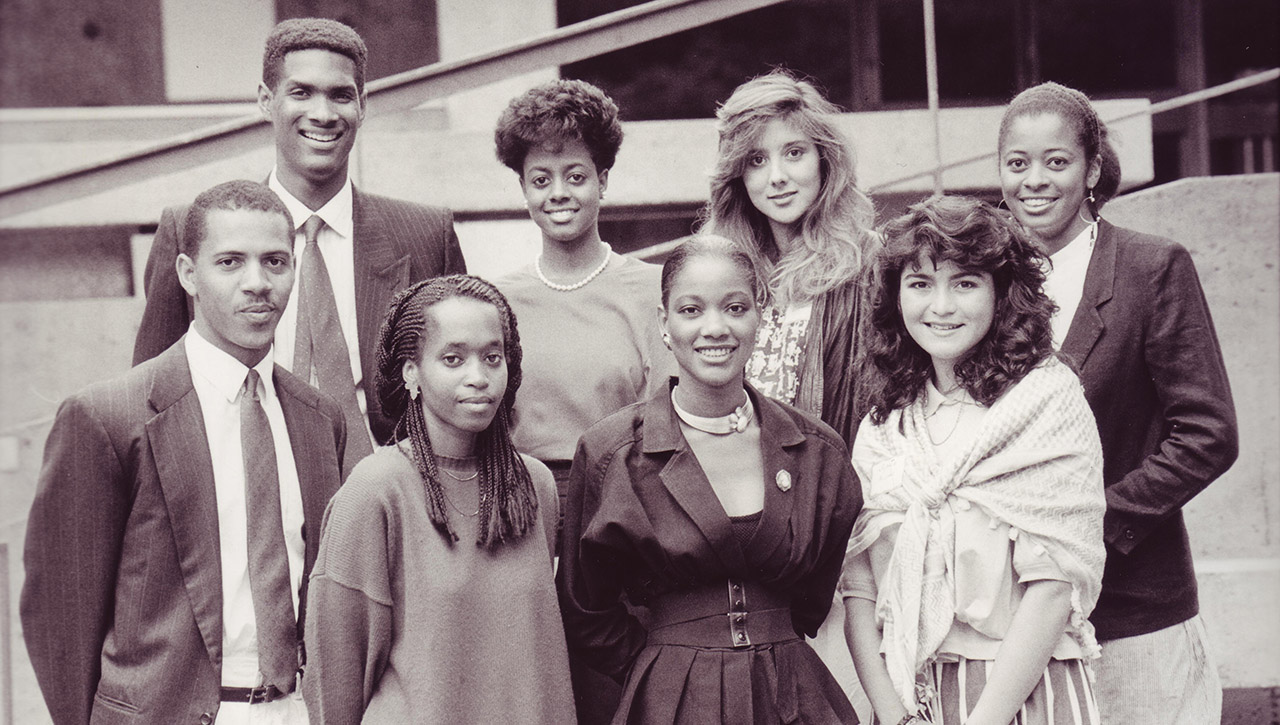