The political fight over who will lead Yad Vashem, Israel’s Holocaust museum

One of the latest political disputes in Israel is happening in an unlikely place — the national Holocaust museum, Yad Vashem.

News emerged in August that Israeli Prime Minister Benjamin Netanyahu and his allies are hoping to appoint a former far-right politician and general, Effi Eitam, as the next chairman of Yad Vashem. Holocaust remembrance associations and representatives of survivors are calling the move inappropriate and a risk to the museum’s reputation.

The debate has thrown a venerable Israeli institution into controversy. Eitam’s opponents say his past conduct and statements make him unfit for the post, including a call to expel most Palestinians from the West Bank. His defenders call him a capable and accomplished Israeli leader and attribute the criticism to prejudice against Eitam being religious.

Here are the basics on the fight roiling Israel’s Holocaust museum.

Yad Vashem is a ‘sacred institution’ in Israeli society

Yad Vashem — whose name is a quote from Isaiah that means “a monument and a name” — acts as both museum and memorial to the Holocaust. There are few national pilgrimage sites in Israel on par with it. Its significance to Israeli society is part of the reason the identity of the next chair has stirred public debate.

While it is not a traditional holy site like the Western Wall, it is a symbol of the modern state of Israel and the immense tragedy that preceded and partially spurred the state’s establishment. Holocaust survivors were among the state’s founders and the legacy of the Holocaust deeply informs Israeli identity. Israeli lawmaker Yair Lapid referred to the museum recently as a “sacred institution.”

When foreign leaders come to Israel, it is customary for them to pay a visit to Yad Vashem. The museum also has vast archives of information about the Holocaust and holds educational seminars about the genocide, though like other cultural and historical institutions it is struggling financially due to the pandemic. It also includes a garden and tree-lined avenue dedicated to 27,000 righteous gentiles who saved Jews from the Nazis.

Eitam has a history of inflammatory actions and statements against Palestinians

Eitam, 68, is a retired Israeli general and former government minister. Born on a kibbutz, he achieved distinction in the Yom Kippur War for defending against invading Syrian tanks. He also served in the Entebbe operation in 1976, when Israeli commandos freed a group of hostages in Uganda. He reached the rank of brigadier general.

In 1988, during the first Palestinian intifada against Israel, soldiers under Eitam’s command beat two Palestinians, and one of them died from his wounds. The soldiers were convicted in a military court for the episode, and testified that they were following orders, according to Haaretz. Eitam was reprimanded by the Israel Defense Forces chief of staff.

After retiring from the army, he was elected to the Knesset in 2003. He was a member of various right-wing religious Zionist parties and served as housing minister and infrastructure minister. He retired from the Knesset in 2009 and now works in the energy sector.

In a 2006 speech, Eitam called for “the expulsion of the majority of Arabs in Judea and Samaria,” the biblical name for the West Bank. He also called Israeli Arabs a “fifth column” and said they should be barred from serving in the country’s political system.

“We also need to make another decision, and that is to remove Israeli Arabs from the political system,” he said. “Here, too, the matter is clear. We have growing here a fifth column of the first order, and so we cannot continue to allow such a large and hostile presence in Israel’s political system.”

The comments drew condemnation from Israel’s Arab lawmakers. One of them, Ahmed Tibi, said “If it were said in German, would have been more authentic.” Jewish colleagues also criticized the statement. The attorney general warned him that he could face criminal charges if he repeated the sentiments.

Because of the beating of the Palestinians, as well as Eitam’s 2006 speech, an array of politicians, Holocaust survivors and Jewish groups are opposing his nomination.

Shraga Milstein, chairman of the Israeli Association of Bergen-Belsen Survivors, said Eitam “is not a man who regards everyone as equal, which is a basic assumption for anyone running an institution like Yad Vashem.” And Yair Lapid, Israel’s leader of the opposition, wrote in a letter that “someone reprimanded by the chief of staff for abuse of a civilian population cannot serve in such a symbolic role for the Jewish people.”

The Anti-Defamation League, which generally does not comment on Israeli bureaucratic appointments or Jewish organizational personnel, came out against Eitam’s nomination. “His problematic moral record is deeply disturbing for those individuals and organizations dedicating to inculcating the lessons of the Holocaust,” the director of the group’s Israel office, Carole Nuriel, wrote in a letter to Yad Vashem’s leadership, according to Haaretz.

Meanwhile, the umbrella association for Holocaust survivors in Israel — a coalition of 58 smaller organizations that represents Israel’s approximately 200,000 Holocaust survivors — opposes Eitam’s nomination because it says he is not qualified for the job, according to Haaretz. “This is a position that requires a variety of skills, starting with a relevant personal background, sensitivity and a comprehensive knowledge of the subject,” the chair of the group, former Israeli diplomat Colette Avital, wrote in a letter.

While Netanyahu hasn’t commented publicly on Eitam’s nomination, the minister who put his name forward, Zeev Elkin, said Eitam would be effective in the role. Elkin says he selected Eitam with Netanyahu’s agreement.

He pointed to Eitam’s service in the military and in government as qualifications for the job of running a high-profile institution that often hosts foreign dignitaries. He dismissed the 1988 incident in light of Eitam’s overall military record.

He also rejected vague speculation that Netanyahu chose Eitam to consolidate his religious Zionist base, saying that there was no voter “who would make a decision based on the identity of the chairman of Yad Vashem.”

“To fill this position, I was looking for a well known name, someone who knows how to operate in the corridors of power,” Elkin told Haaretz. “This is a man who served as a government minister and as the head of a political party. He has administrative experience, and even if there is some criticism about particular things he did in the army, when you look at his entire career in the IDF, he was one of its most distinguished commanders.”

Yehuda Shalem, a fellow at the Ariel Research Center for Defense and Communication, wrote that he prefers Eitam to the candidate recommended by Lapid, social entrepreneur Adi Altschuler. Altschuler is known as the founder of Krembo Wings, a youth group for children with special needs.

Shalem wrote in the Makor Rishon newspaper that Altschuler’s appointment would signal a desire to “universalize” the lessons of the Holocaust and see it not as an antisemitic crime but as a broader crime against humanity. He wrote that the appointment of Eitam, “who was decorated for his part in a battle against antisemitic extermination 47 years ago, can send the message that they can no longer hurt and kill Jews with impunity.”

He added that Eitam’s critics oppose his candidacy not on substance, but because they discriminate against religious people like Eitam who have long beards and wear yarmulkes.

“It’s troubling when we see that that ancient image of the Jew, which Eitam has, creates antagonism even among Jews who then oppose his nomination for the important job of memorializing the Holocaust,” he wrote.

Eitam still needs to be approved by a parliamentary committee

Since news first emerged of Eitam’s candidacy, it’s unclear how much the process has moved forward. Yad Vashem was established through Israeli legislation and receives a portion of its funding from the Israeli government. The chair position likewise is subject to Israeli government approval — first in a parliamentary committee and then in an Israeli cabinet vote.

The job involves being the public face of the institution in meetings with dignitaries, as well as fundraising for it and running its board. Previous chairs have had a background in education. The outgoing Yad Vashem chairman, Avner Shalev, was the IDF’s chief education officer and head of cultural administration in Israel’s Education and Culture Ministry before assuming the post. His predecessor was a Holocaust survivor and Holocaust historian.

Eitam has not commented substantively on the prospect of his appointment.

“Those people who will have to make the decision, no doubt they will consider all the aspects of the nomination and they will come to a decision,” he told the Associated Press. 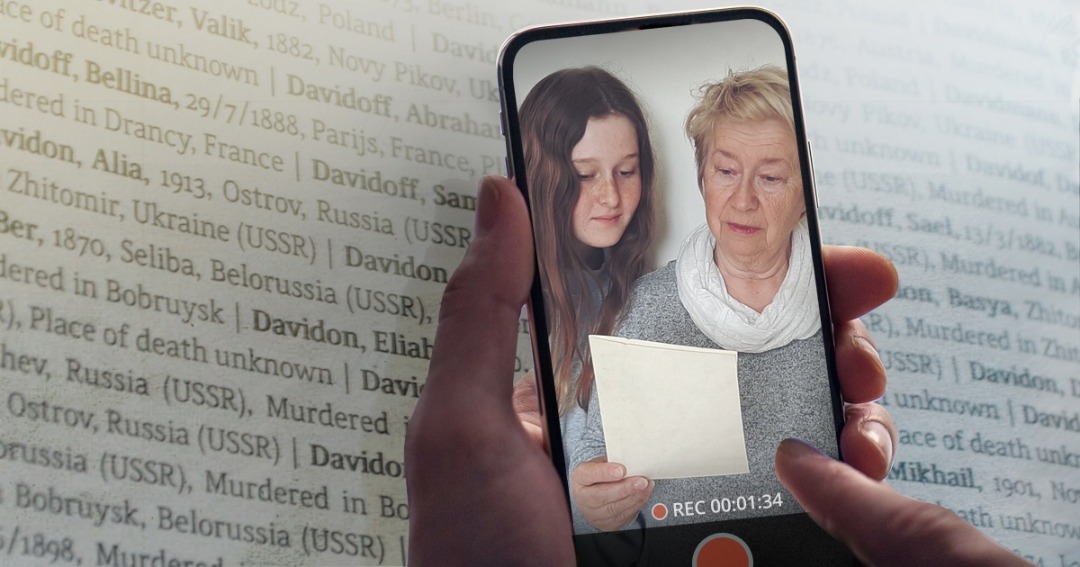 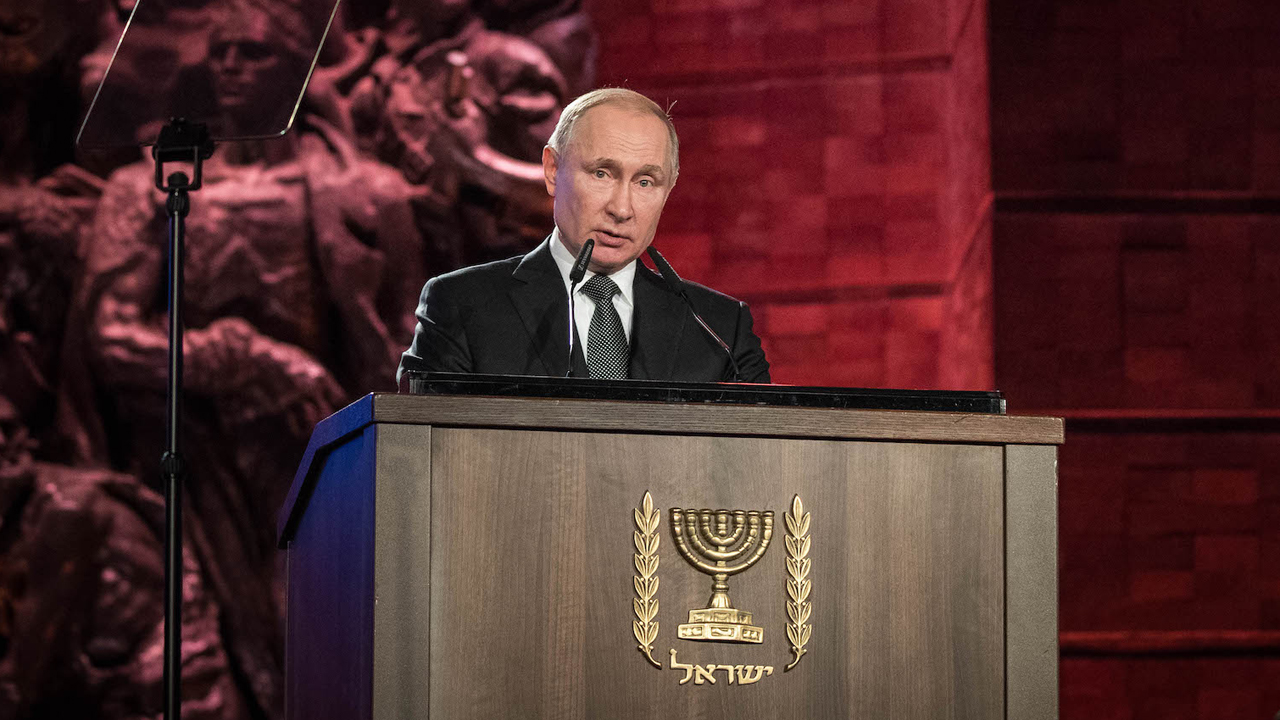 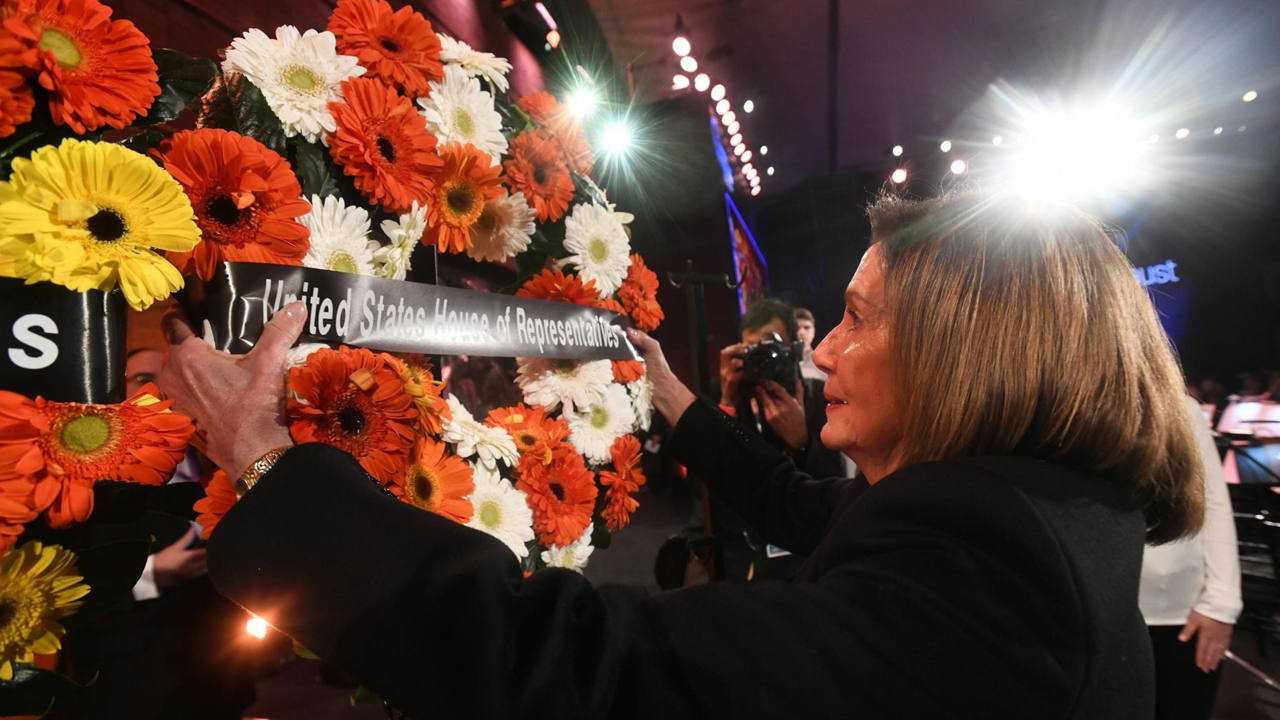