President-elect Joe Biden won the 2020 election. This fact is indisputable, and has been reported as such by Fox News, The Wall Street Journal and the New York Post — some of the most conservative outlets in the country.

Yet due to President Donald Trump’s pervasive and systemic attack on our electoral system, nearly 70 percent of Republicans believe there was widespread fraud and the election results are not legitimate, according to a Politico/Morning Consult poll conducted Nov. 6-9.

This assault on truth and American institutions will last long after Jan. 20, Biden’s inauguration day, casting doubt on the legitimacy of future elections and our democratic system in general.

As someone who worked in the Bush West Wing for three years, and later for the Senate Republican leadership, I’ve been greatly concerned about the Republican Party’s failure to confront Trump about his attacks on American norms and institutions, and the endless lies that spew from the White House podium and his Twitter feed. Many Republicans have abandoned causes and principles they cared deeply about because they fear a presidential tweet or a far-right base that is becoming increasingly disconnected from facts and reality.

But Trump’s attacks on the 2020 election are a new low. Still, Republicans in Congress continue to enable and excuse his behavior due to their own self interests and lust for power. Unfortunately this comes at the expense of American democracy, social cohesion and basic decency — and also the causes they care so much about.

Take the pro-Israel crowd. Many of Trump’s supporters there have excused his election comments and other unacceptable behavior because they back his policies on Israel. Putting aside the merits of Trump’s Israel policy, do the ends justify the means?

In fact, I’d argue that Trump’s war on the truth actually undermines Israel’s cause.

Over the past few decades, numerous organizations and press outlets have emerged to counter lies and false information spread about Israel in the media and throughout the world. For example, many media outlets often cast Israel as an indomitable aggressor over the Palestinians while ignoring Palestinian terrorism, incitement and hate education.

Luckily, many of Israel’s defenders have the truth on their side — and can push back on baseless claims such as Israel being an apartheid state with a simple recitation of facts (Arab citizens of Israel have equal rights under the law, serve in the Supreme Court and Knesset, have government protection against discrimination, etc.).

But in order to use facts to maintain a moral and intellectual high ground, you must begin with facts. In Donald Trump’s alternative universe, facts don’t exist.

Things that are indisputably true (the size of an inauguration crowd, the efficacy of masks against coronavirus, that Russia interfered in the 2016 election) become “fake news,” and indisputable lies (widespread election fraud, Joe Biden has dementia) are repeated so often that they become true.

Thus anything can be true. This, of course, includes anti-Israel smears.

After all, if it can be true that Russia did not interfere in the 2016 election (when our entire intelligence apparatus says it did), why can’t it also be true that Israel is an apartheid state?

If it can be true that President Trump didn’t use his office to enlist foreign support for his reelection bid (as phone transcripts and the testimony of former National Security Adviser John Bolton show), then why can’t it also be true that Israel erected its security barrier only to oppress and torment Palestinians rather than to prevent terrorist attacks?

In order to counter lies, there must be objective truths to use against them. But unless Republicans and conservatives start standing up to protest Trump’s lies about the election and tell the truth to their constituents, there are no truths to be had.

The same is true of Republicans who peddle in QAnon, a conspiracy theory laden with antisemitism. Like Trump’s lies about the election, QAnon’s claims are false and patently absurd. But sadly, that doesn’t negate their effectiveness when repeated so often by Trump and his supporters. And if conspiracies like QAnon and election fraud can be true, why not the “Protocols of the Elder of Zion” or claims that Jews like George Soros are using their money to destroy the United States from within?

There are many reasons that Trump’s war on truth has been successful — from people looking at politics as a zero-sum, winner-takes-all game to an American education system that is both failing and flailing.

But while destroying facts may be helpful for a chosen presidential candidate, it also undermines our society and the just causes we care so much about — on both sides of the aisle. If we don’t speak up for the truth in one case, what credibility will our arguments have when speaking up for it in another?

Republicans — especially Trump’s supporters — should be careful what they wish for. One day, their war on truth may turn against them. 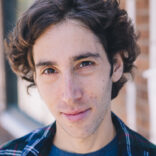 David Meyers
David Meyers worked in the Bush West Wing from 2006 to 2009, and later in the Senate Republican leadership. He's also a playwright and author, and the creator of Bloomywood.com.
JTA