Jon Ossoff, the Jewish candidate running in a key runoff election for a U.S. Senate seat in Georgia, defended his fellow Democratic hopeful Rev. Raphael Warnock in the wake of attacks on Warnock’s Israel record.

“Reverend Warnock is a beloved friend and ally of Georgia’s Jewish community and a friend of Israel,” Ossoff told the Forward on Wednesday. “Kelly Loeffler’s baseless attacks on the reverend make me sick.”

Warnock, the senior pastor at the historic Ebenezer Baptist Church in Atlanta, is running to unseat Loeffler, a Republican. Not long after Warnock advanced to the January runoff earlier this month, Jewish Insider published an article titled “Raphael Warnock signed letter likening West Bank to apartheid South Africa.” Loeffler tweeted on Nov. 9 that Warnock has a “long history of anti-Israel extremism.”

Warnock signed the letter in question after a trip with other Christian clergy to Israel last year. It called for a renewed commitment to a two-state solution and decried “the conditions in which Palestinian communities live.” The letter also said that “the heavy militarization of the West Bank” was “reminiscent” of the way apartheid South Africa governed its former colony, Namibia.

A 2018 sermon by Warnock circulated as well in which the pastor said “We need a two-state solution where all of God’s children can live together … We saw the government of Israel shoot down unarmed Palestinian sisters and brothers like birds of prey.… It is wrong to shoot down God’s children like they don’t matter at all.”

Warnock has since said that he is staunchly pro-Israel.

“Claims that I believe Israel is an apartheid state are patently false — I do not believe that,” he said earlier this month.

“He has been a friend to Atlanta’s Jewish community throughout his tenure at the Ebenezer Baptist Church and a regular speaker and visitor to Atlanta’s synagogues,” they told the Jewish Telegraphic Agency.

In his statement, Ossoff attacked his opponent, Sen. David Perdue, for a widely criticized ad in which the Republican incumbent’s campaign lengthened the size of Ossoff’s nose.

“[Warnock’s] spiritual leadership and his interfaith outreach are deeply appreciated across our state,” Ossoff said. “Maybe Senator Loeffler should focus her attention on David Perdue who lengthened my nose in his attack ads.” 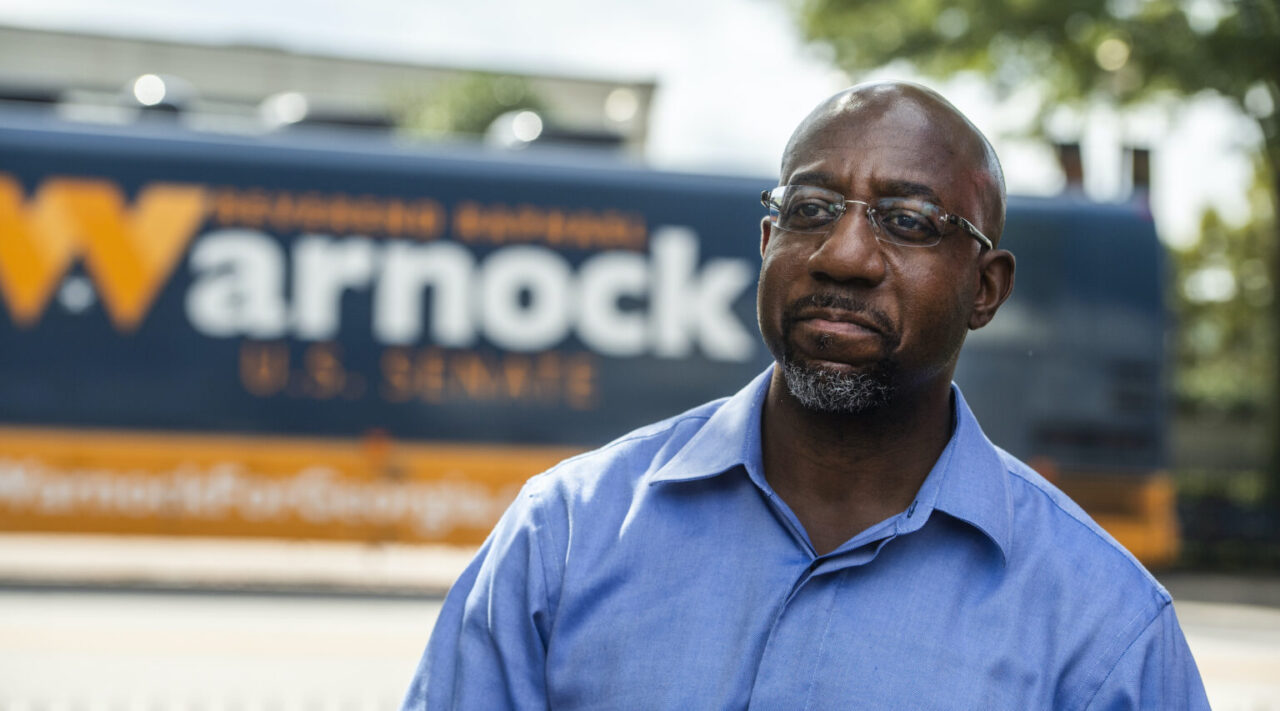 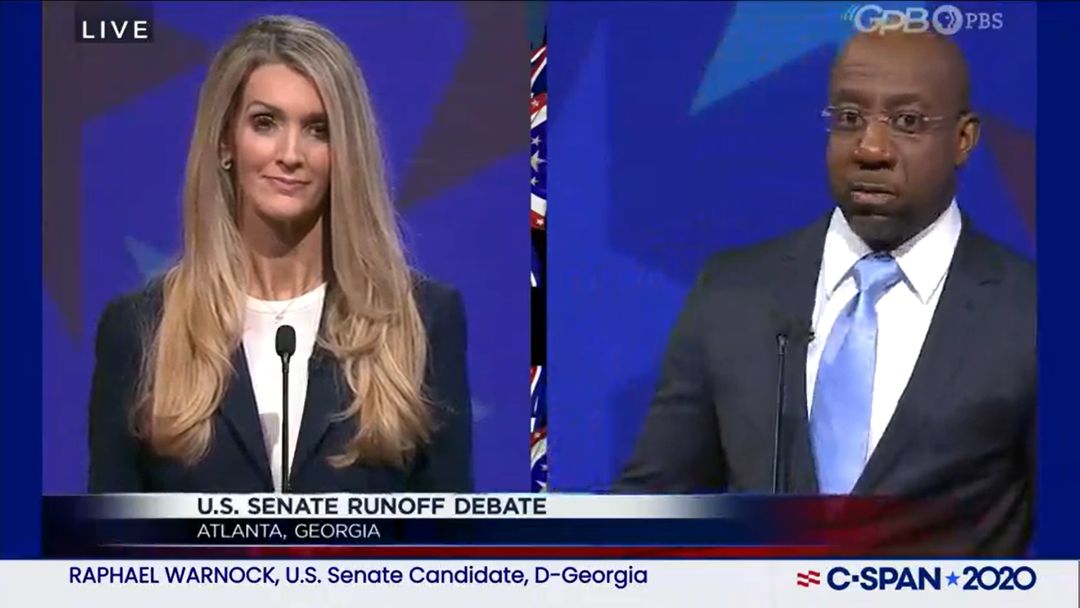 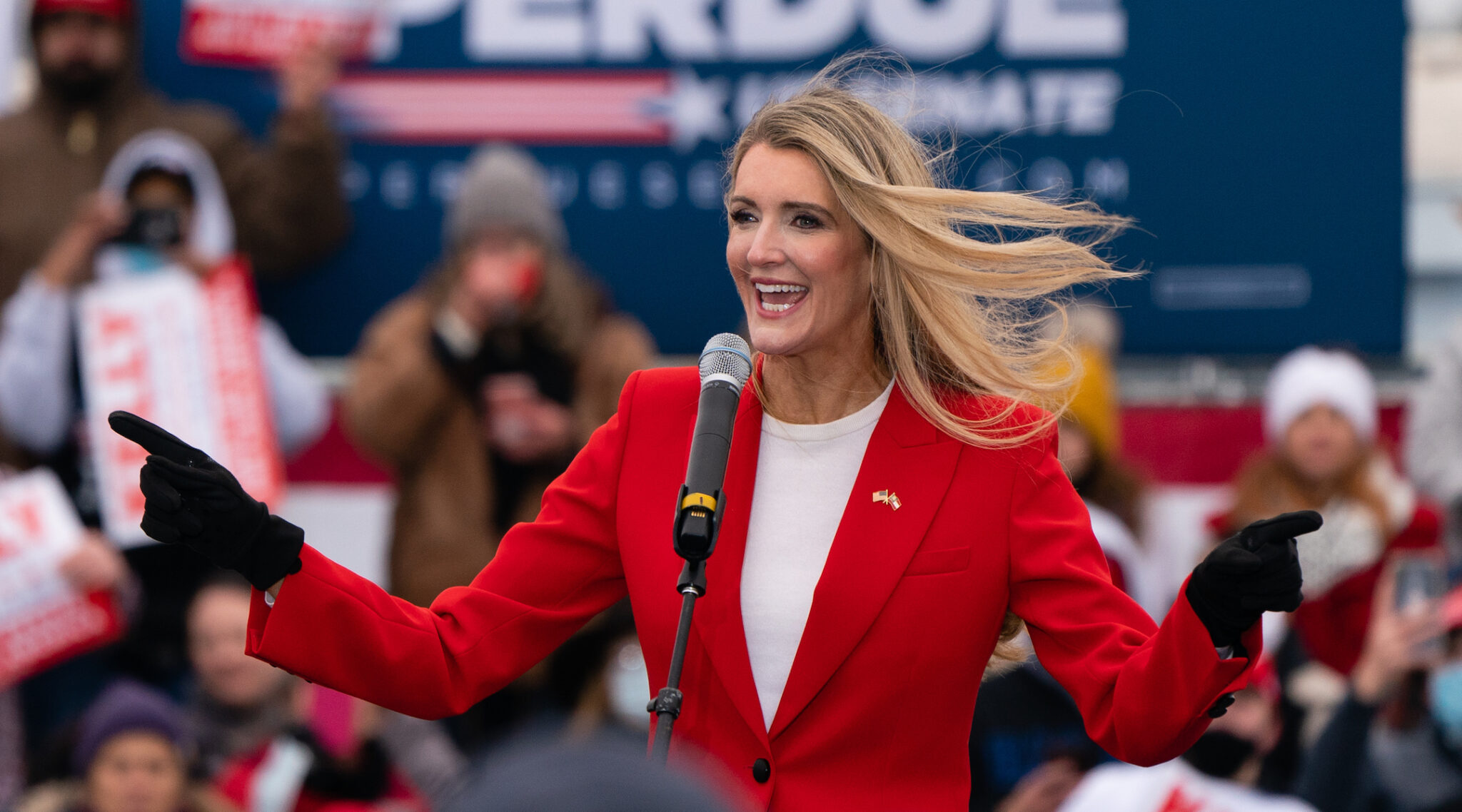