Ahdeya Ahmed Al-Sayed knows exactly the risks of being a journalist — and a woman — speaking out in favor of Arab states normalizing relations with Israel.

“Yes, I went through being bullied, being harassed on social media, being called names,” she said. “I felt hurt.”

But that hasn’t stopped Sayed, a renowned journalist in her native Bahrain. With 30 years in the field, she has served as deputy editor of the Daily Tribune, Bahrain’s English-language newspaper, and has been a news anchor and head of station at Bahrain Television. She is now president of the Bahraini Journalists Association, the first woman to hold that position.

“If I stop, everyone else also stops, because when they see a woman strong and continuing to do what she believes in, all the other women also start doing the same. They feel safe,” she said. “I decided not to stop. I continued.”

Sayed spoke for an hour Thursday in conversation with J. editor-in-chief Sue Fishkoff as a guest of the American Jewish Press Association, touching on the Abraham Accords, Bahrain’s relationship with Iran and her belief that it was time for her country to open diplomatic relations with Israel.

The Abraham Accords, signed by the United Arab Emirates, Israel and Bahrain in September 2020, marked the first normalization of relations between an Arab country and Israel since 1994, when Israel signed a peace agreement with Jordan. The accords, which Sudan and Morocco later joined, are expected to pave the way for further diplomatic and economic relationships.

Sayed said she was glued to her TV and couldn’t stop smiling as Bahraini and UAE officials joined Israeli Prime Minister Benjamin Netanyahu and President Donald Trump at the White House to sign the documents.

“I still smile when I think about it,” she said. “Actually, I think it was the best thing that happened in 2020!”

Sayed said Bahrain’s move toward normalization with Israel is part of a generational shift in how Bahrainis under 50 see the politics of the Arab world.

“There are people who are in their 60s or in their 70s who have been raised on certain slogans, on certain emotions, are attached to certain issues, and do not look at any other solution to that problem but insist on a certain way of dealing with it,” she said delicately. She added that there are other groups in Bahrain, including those with ties to Iran, that do not accept the agreement, alluding to a 2011 uprising against the constitutional monarchy that rules the Persian Gulf country. (The conflict was seen in many circles as a proxy struggle between Saudi Arabia, which backed Bahrain’s constitutional monarch, and Iran.)

Sayed spoke of freedom of the press in her country, where there are just four daily newspapers, but Bahrain has a dismal rating from Reporters Without Borders, which tracks freedom of expression and information across the globe. The country ranks 169th in the 2020 World Press Freedom Index (Israel is 88th; the U.S. is 45th). But Bahrain is also a major ally of the U.S., which has a naval base there.

The small archipelago country, with its 1.4 million people, has a lot in common with Israel, Sayed said. Not only are Arabs and Jews connected by “bloodline,” they have shared enemies. “The people who are targeting us, the people who are targeting our security, our stability, they are the same extremists and terrorist militias and same countries that are harboring terrorists,” she said. “Iran is a common enemy.”

But she hastened to add that the agreement wasn’t based on fear. “There was a willingness from both sides, Bahrain and Israel, to start a friendship,” she said.

As a longtime and very public proponent of peace with Israel, Sayed says she is “very concerned” about antisemitism in school curricula and elsewhere in the Arab world. “Jews have been treated very unfairly in the media,” she said.

But she is, naturally, just as concerned about Islamophobia, and says both need to be confronted openly and without fear.

“You want your children and other people’s children to grow in a better world,” she said. “I want my children to have friends in Israel, I want Israelis not to feel awkward when they are around Arab people.”

Sayed said the harassment on social media is no longer as persistent as in the early days after she began praising the Abraham Accords. It still happens, she said, but she takes it more lightly these days because she has her eyes further down the road to a time when normalization will be…normal. She plans to head the first-ever delegation of journalists from Bahrain to Israel this year. 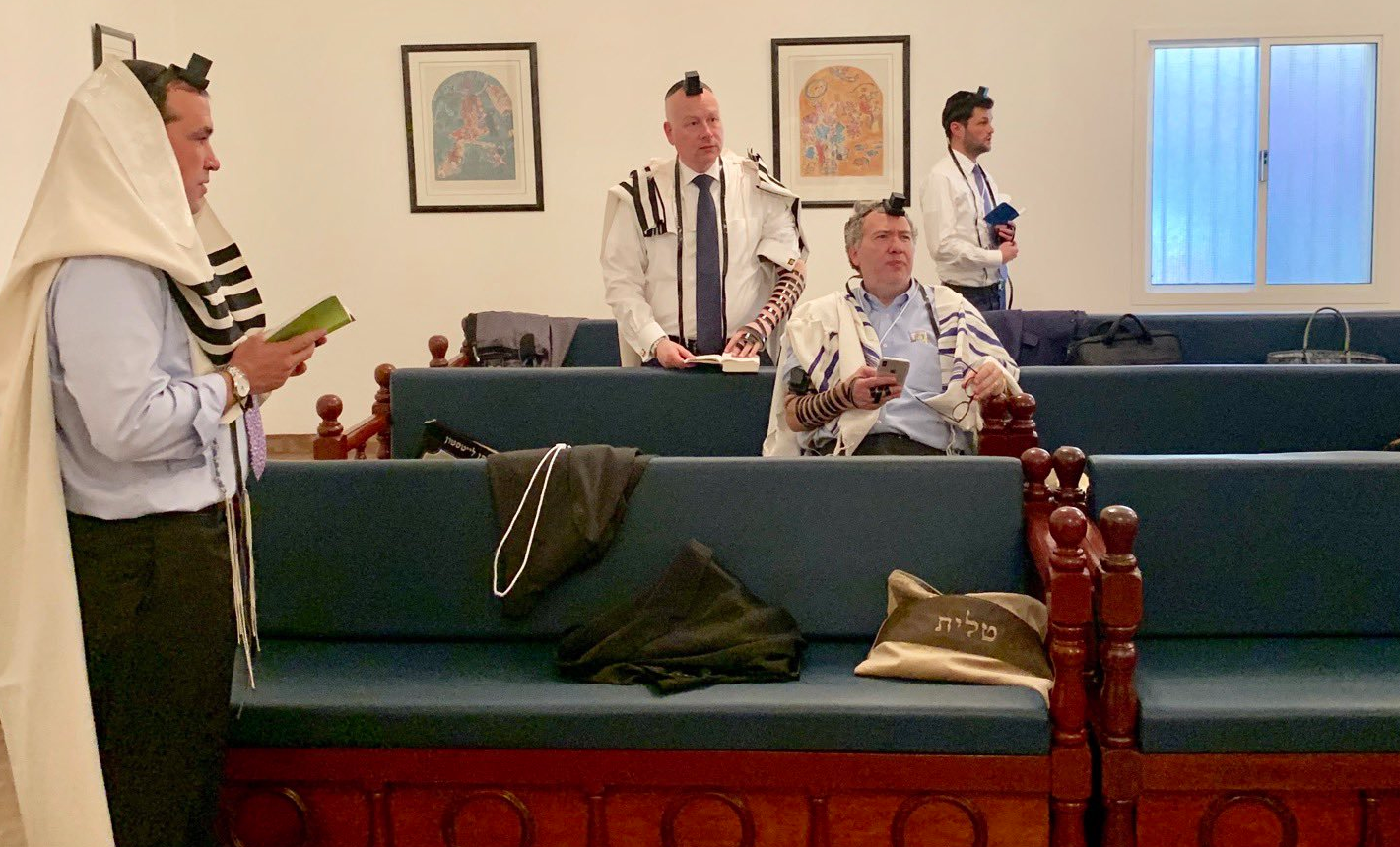