Early in December, the San Francisco Campus for Jewish Living learned that four residents in one wing of its skilled nursing facility had tested positive for the coronavirus.

At that moment, the news wasn’t too alarming. Since the pandemic started last March, the SFCJL had reported only a few coronavirus cases, and compared with other senior facilities around the country it had successfully avoided any major surges. In all of November, only a single resident and four employees tested positive.

But the situation would change quickly.

Those four cases reported in December grew to 38 and then 50, and by mid-December an outbreak was in full force. To date, 156 residents have been infected, according to data from the state’s health department — close to half of the total resident population. Many people have recovered, but there are still 24 active cases, according to the SFCJL website, and seven residents have died. Since the pandemic began, 67 employees have tested positive.

While California rushes to vaccinate its population during a nationwide spike in coronavirus infections and hospitalizations, San Francisco’s nonprofit Jewish nursing home is facing one of the most difficult moments in its 130-year history, one that is putting a strain on its workforce, residents and their families.

“We thought that we would not have to ultimately deal with the issue associated with an outbreak, but here we are,” said SFCJL CEO Daniel Ruth during a virtual town hall meeting in late December. “We are focused on what we need to do to deliver the best care so that our residents and patients, for those that have contracted Covid, are able to navigate through this very difficult virus.”

The SFCJL has 325 residents and more than 600 employees, making it one of the largest skilled nursing facilities in the Bay Area.

The vast majority of long-term residents are in skilled nursing; many are in their 80s or 90s, some with serious medical conditions. That is the highest-risk demographic for severe and fatal cases of Covid-19. According to the New York Times, over one-third of all Covid-related deaths in the United States are linked to senior homes.

Dr. Candace Kim, a physician in UCSF’s Division of Geriatrics, was recruited by the SFCJL to help during the outbreak. She stressed how difficult the pandemic has been for all senior residential facilities.

“I want to make sure that the public knows that people are working really hard in places like this,” she said. “All my respect goes to the staff and the nurses who do this every week.”

Two other long-term Jewish senior residences in the Bay Area are experiencing similar challenges during the surge.

Rhoda Goldman Plaza, an assisted-living community with memory care in San Francisco, has reported 11 new cases among staff and eight among residents since December. That brings the total to 35 residents and 21 staff infected with the coronavirus during the pandemic. Eight residents have died.

The Reutlinger Community, a Danville senior home with a 60-bed skilled nursing facility, avoided the virus among residents and staff until recently, according to reports sent to the state. Data on the state’s website now shows somewhere between one and 10 positive resident cases. And 14 employees have tested positive since the beginning of the new year.

Some experts have suggested increasing testing of residents and staff as a way to stop the upward trend.

At the SFCJL, testing protocols are managed by the state’s Department of Public Health, said spokesperson Marcus Young, and it decides how often to test in line with city and state guidelines — currently once a week.

Dr. Kim advocates for testing everyone twice a week, which she says would give important data points when a resident’s health declines and could help to more readily identify asymptomatic carriers of the virus.

Charlene Harrington, a professor emerita at UCSF’s Department of Social & Behavioral Sciences and a researcher on long-term care facilities, also recommends twice-weekly testing. “The damage that one [virus-positive] person can do a week before they are identified is tremendous,” she said.

Young told J. that the health department recently indicated it might begin to test twice a week. “We have not been given a start date,” he said. “Testing and frequency of testing is often a condition of availability of the tests, as well as scheduling for testing at the labs.”

In December Harrington, along with seven other researchers, published a study for the California Health Care Foundation that reported several key factors that  could contribute to coronavirus outbreaks.

The study found that larger nursing homes, with more than 99 beds, had 55 percent more coronavirus cases compared with smaller facilities.

Another factor is staffing levels. Facilities where nurses spent less than 0.8 hours per day per resident were at risk for “significantly higher” case rates, this study found.

The SFCJL reported in 2020 that nurses tend to their residents for 0.86 hours per day, within the guidelines.

No one on staff argues that’s ideal; more nursing staff is always helpful. Director of clinical operations Peggy Cmiel, who oversees 290 nurses and nurse’s aides, told J. that although the current staff has things under control, of course she would “love” to bring more on board and is “always looking” to hire.

“Our residents need that attention,” she said. “They deserve it.”

On Dec. 17, the city’s health department visited the facility to assist with mitigation efforts related to the outbreak. A report by inspector Yeuen Kim included a number of suggestions to help address staffing issues, such as having health care workers wear PPE even in areas where there are no coronavirus cases to help reduce the chances of exposure that would necessitate quarantining and missing work.

At least one former employee told J. they quit their job due to a “chronic shortage” of staff at the facility and the number of shifts they were being asked to work.

Spokesperson Young countered that there is not a staff shortage. Some workers were out on quarantine in December “during the height of the outbreak,” he said, but the SFCJL has worked to address the issue by pausing new short-term admissions, reassigning staff members to areas that need the most help, and hiring new employees.

Still, the pressures on staff members persist as they try to stay ahead of a tenacious virus.

Jobs that used to be performed efficiently, such as getting a resident out of bed, take longer when the person is weakened by recovery from Covid. And moving on to the next resident’s room takes longer when staff has to remove the plastic overgarment and mask and put on new PPE.

For senior staff, there are more and more meetings to discuss policies. “Since Covid hit, the volume of meetings has skyrocketed,” said Cmiel. “We are on calls with the California Department of Public Health a couple times a week, and they’re hourlong meetings. We have two calls a week with the San Francisco Department of Public Health. I mean, it’s phenomenally time-consuming.”

What it means is that staff members not only work harder, but they also help each other out, offering to lend a hand even when it’s not their job.

“People who work in admin and HR, who have nothing to do with nursing, they’re stepping in and saying, what can I do?” said nurse’s aide Vanessa Munoz, who has worked at the SFCJL for five years. “Everyone has taken a piece of this, formed a strong, resilient relationship.”

Inside the SFCJL community, there have been commendations for staff’s handling of the crisis.

Edward Kaplan, a 77-year-old living in the Frank Residences, a new senior living facility on the campus, said everyone was being “very careful” and he didn’t see how the surge could have been avoided.

“[It] seems to me there is precious little else the facility can do,” said Kaplan, who praised the staff for providing him and his wife, Judith, with activities they could do during their quarantine. Residents and staff in the Frank Residences have also experienced coronavirus cases.

Soon, vaccinations could change everything. The process is underway, with 92 percent of residents and 87 percent of staff members having already received the first dose of the vaccine, according to Young. The second dose is expected to be administered in mid-February.

On one thing everyone agrees: The end to the pandemic can’t come soon enough.

“I’m so much looking forward to this being over,” said Cmiel. 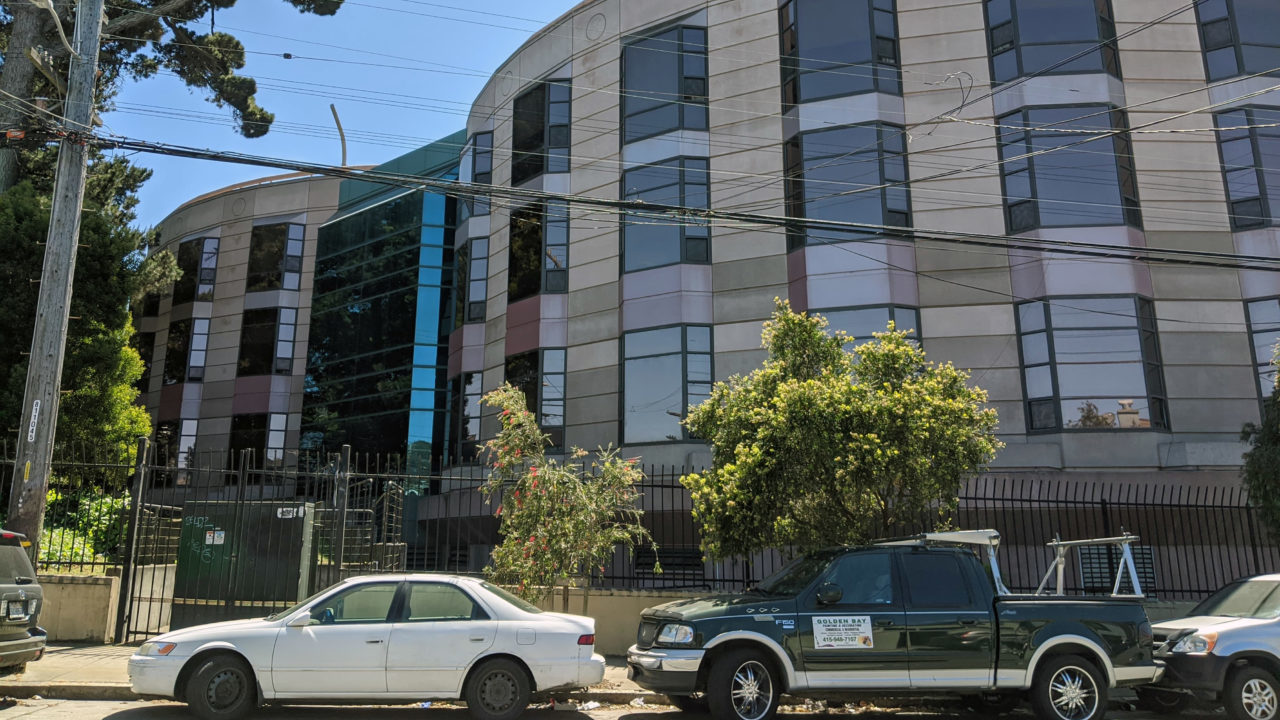 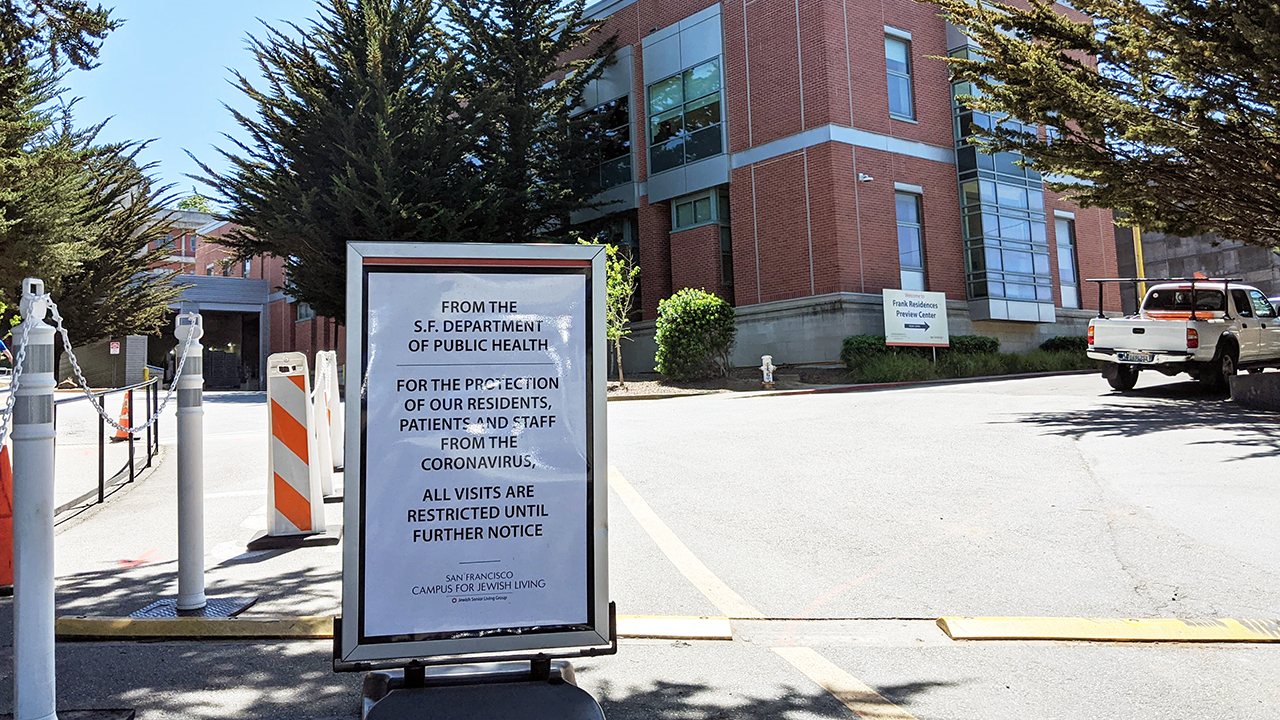 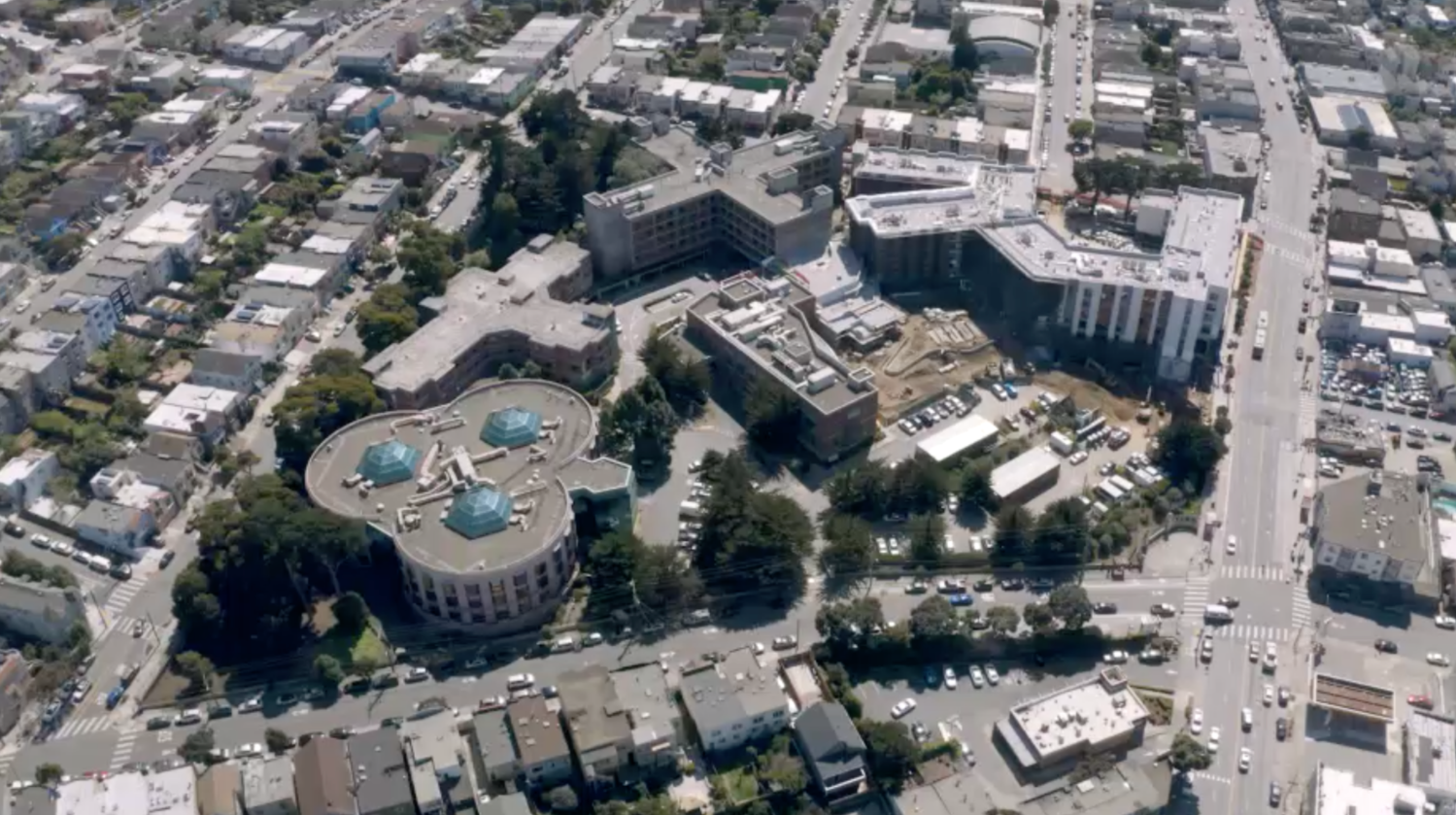