As Joe Biden was sworn in as the 46th president of the United States last week, my sigh of relief was deeply, painfully personal.

My life has been defined by migration and the laws associated with it since I arrived here from Caracas, Venezuela, with my single mother and sister at the age of 6.

I remember the vibrant nature of Jewish public in Caracas, a tight-knit community that often shared almost all aspects of life with one another, from bar mitzvahs and weddings to the Jewish day school and Hebraica social club. I often vividly remind myself of the joy that was so present in the community before chaos and violence set in.

Once it did, the effects were immediate: Daily antisemitic assaults included the vandalization of synagogues with swastikas and the kidnapping of dozens of our fellow Jews in Caracas. My grandfather, mother and I were even held up at gunpoint multiple times.

Like so many other Jews in Venezuela, my mother made the brave choice to protect us from deepening insecurity in our beloved land by emigrating. Its capital of Caracas had been a refuge for my grandfather when he needed to flee his childhood home in Morocco to escape the persecution of the Nazis. Now the United States would be our refuge.

I immediately fell in love with my new country and rapidly excelled, learning English in four months and landing atop the honor roll the year after. At 12, this first-generation immigrant was tutoring his American peers in classes relating to civics and historical topics like the U.S. Constitution and Civil War. I was fascinated by a model of governance that divided institutional powers and aided in continuity and stability, features of a democracy I did not see in action in Venezuela.

However, on Oct. 25, 2009, when I was 12, my life radically changed, and to this day my nation still punishes me for it. My beloved mother, Anabella, tragically passed away from kidney cancer, leaving me in a system that did not recognize my circumstance. My sister and I were left fending for ourselves with cooking and working, even paying rent in our one-bedroom apartment, while balancing a challenging high school curriculum.

To this day I remember praying to God in the hospital bathroom that I would donate all of my upcoming bar mitzvah gifts to charity if he could only let my mom live. Sadly she passed away that day. So I became undocumented for one reason: Our nation’s broken immigration system has no mechanism in place for children who experience the death of a parent.

I discovered my status when I couldn’t even apply for a driving learner’s permit the summer after eighth grade. It seemed incomprehensible how someone like myself, who had won the U.S. history award every year in middle school, lacked the basic privileges I assumed I had as an American. I still remember the recurring nightmares I had of ICE officers barging through my door and taking me away to a place I no longer recognized as home. My undocumented status caused constant stress and fear.

Things changed in 2012, when I was 15. President Barack Obama signed an executive order creating DACA (Delayed Action for Childhood Arrivals), a program that allowed those like me — young people who had accompanied their parents to the United States — to be protected from deportation, to obtain a Social Security card and to be able to work legally.

Because of DACA, I was able to graduate at the top of my class, speak at my high school graduation and receive a full merit scholarship at Brandeis University, where I am studying today. Most important, it gave me peace of mind: I could move through my days without worrying constantly that I might be uprooted from the only country I call home.

On some weekends, I hid in my apartment out of fear of immigrant raids.

The results of the 2016 election, followed by the revocation of the DACA program in 2017, crystalized how personal that election was. Revoking DACA brought unimaginable stress and anxiety, clouding any long-term planning I could possibly make for my future.

On some weekends, I hid in my apartment out of fear of immigrant raids. I also experienced deep loss because of the tenuousness of my status.

Two years ago, shortly after Thanksgiving, I learned that my grandfather in Venezuela had passed away unexpectedly. Growing up, he was a dear father figure to me and in many ways was a direct connection to my mother and one of the few adults in my entire life I could count on. He would visit me in Florida and taught me the importance of hard work, the value of family, and the power of prayer and religion. He was tremendously influential in my life. I was forced to watch his funeral via cellphone videos because my DACA status did not allow me to leave the country.

Then, my father, an Orthodox Jew who had come to the U.S. on my mother’s visa but from whom I had long been estranged, contracted Covid-19 this summer. Though our relationship was challenging, I still wanted to make sure that he had good medical treatment while he was hospitalized in New York City. Yet instead of focusing on his health, I was forced to worry about his status or if nurses asked for his Social Security number. When he died, I wondered how differently his life might have turned out if he had legal status or a nation that humanized him beyond a number.

My life has shown me that all politics will always be personal. The last four years, when the nation’s political leader didn’t care about individuals like myself or sought to take us away from the only country I call home, were hellish for me.

Since the revocation of DACA, I have turned that grief and fear into full-time work as an immigration advocate in Boston and Washington, D.C., even as I remain a full-time student. Before the pandemic, I traveled to Washington at least twice a week, balancing meetings, conference calls and media events with my classes. I have personally met with over 85 senators and 280 House members to advocate for legislative policy solutions for DACA recipients. I have given over 100 speeches at events, town halls, fundraisers and synagogues to promote my story and elevate this crucial issue, and my advocacy has been featured in dozens of outlets, including CNN, The Washington Post and the Boston Globe. Massachusetts Sen. Elizabeth Warren and House Speaker Nancy Pelosi have shared my story, and I have consulted with multiple members of Congress on immigration strategy.

This intense labor has often come at the expense of my attendance and academic experience. But I have asked myself: What is the significance of this class if I cannot even work or might be deported before I finish my degree?

Protecting Dreamers is also a religious issue, particularly for me as a Jew. In the Torah, God commands the Israelites, “The stranger who resides with you shall be to you as one of your citizens; you shall love them as yourself.” That is one of 36 times that the Torah exhorts us to welcome the stranger. With DACA participants, the task is even easier because we are not strangers. Dreamers are already firmly established within the American community.

I was thrilled on Biden’s very first afternoon in office that he demonstrated his recognition of that idea by signing an executive order safeguarding DACA. But that is not enough. It is way past time to pass permanent protections for an issue that over 83 percent of Americans support. President Biden’s immigration proposal would provide a pathway to citizenship for Dreamers like myself, giving us the permanent protections we have long called for and deserved.

I plan to continue my advocacy around immigration by mobilizing the Jewish community on this issue, working with Jewish organizations like the Religious Action Center of Reform Judaism and the Jewish Alliance for Law and Social Action to ensure the Jewish community is a steadfast ally of immigrants like myself and an advocate for migrant justice in this nation. As the policy director of Torah Trumps Hate, a social justice group for religious Jews, I hope to further engage the Orthodox community on the ways this issue is deeply personal for their members and congregations.

The past four years have shown the importance of support by my fellow Jews. If there has ever been a time for our community to keep using its voice and privilege, it is now. 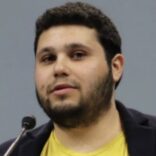 Elias Rosenfeld is a senior at Brandeis University, a DACA recipient and an immigration advocate. 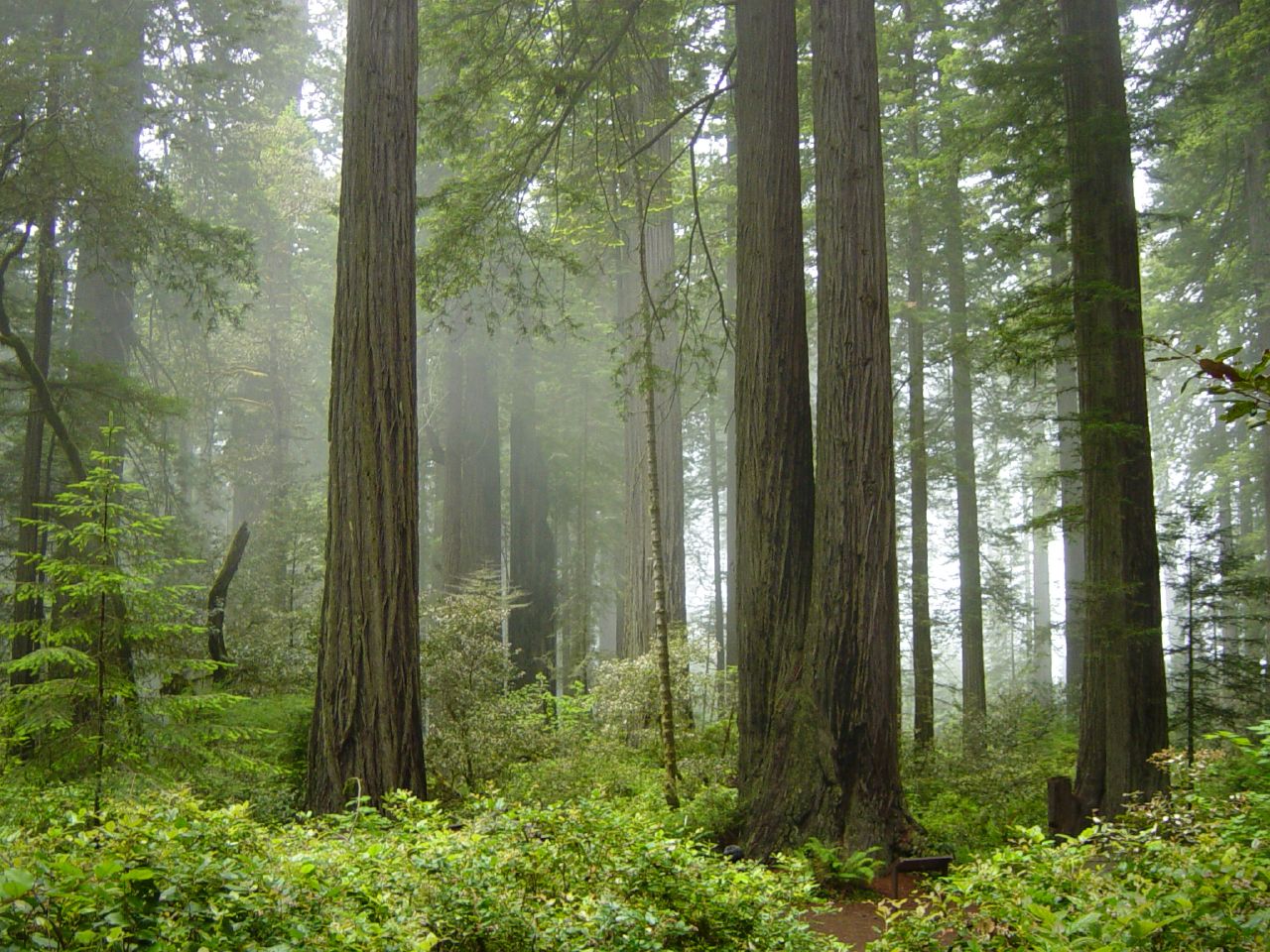