Biden: white supremacists are ‘most dangerous people’ in America

President Biden said domestic terrorism was the “greatest threat” in America and that white supremacists are the “most dangerous people” and pledged to focus his Justice Department on the rise of white supremacy.

Biden, in Milwaukee on Tuesday, speaking on CNN at his first town hall as president, fielded a question from Joel Berkowitz, a professor at the University of Wisconsin-Milwaukee, about what Berkowitz termed the “ongoing threat” from white supremacists in the wake of the deadly Jan. 6 raid on the U.S. Capitol. A number of far-right groups and figures were involved in the raid.

“I got involved in politics to begin with because of civil rights and opposition to white supremacists, the Ku Klux Klan, and the most dangerous people in America continue to exist,” Biden said. “That is the greatest threat to terror in America, domestic terror. And so I would make sure that my Justice Department and the civil rights division is focused heavily on those very folks, and I would make sure that we, in fact, focus on how to deal with the rise of white supremacy.”

Biden has tapped Merrick Garland, a Jewish judge, to be his attorney-general.

Biden noted reports of membership growth of police and military personnel in white supremacist groups. The Trump administration downplayed the threat of right-wing terrorism, and Biden attacked former President Donald Trump for what he depicted as Trump’s encouragement of far-right groups.

“You may remember, in one of my debates with the former president, I asked him to condemn the Proud Boys and he wouldn’t do it,” Biden said. “He said ‘Stand by,’ stand ready, or whatever the phrase exactly was.” Trump had told the Proud Boys to “stand back and stand by.”

Bantering with Berkowitz, who teaches foreign languages and literature, beforehand, Biden said he studied French for five years and could not speak it.

“I’ll teach you some Yiddish some time. How’s that?” Berkowitz said.

“I understand a little bit of Yiddish,” Biden said. “I’m sure you do,” Berkowitz said.

“It would be a shanda if he didn’t,” said CNN anchor Anderson Cooper, who, like Biden, was raised as a Roman Catholic. 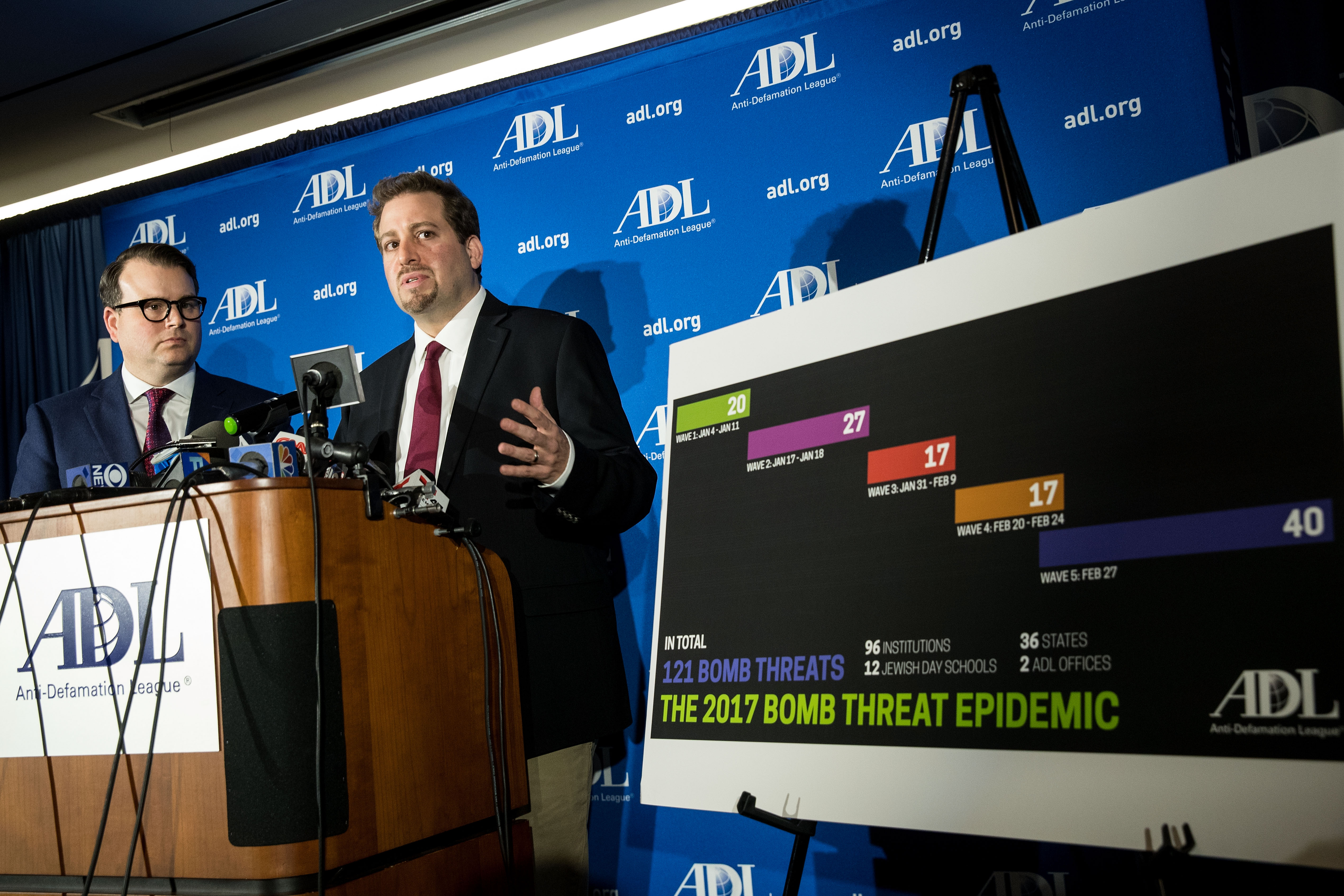 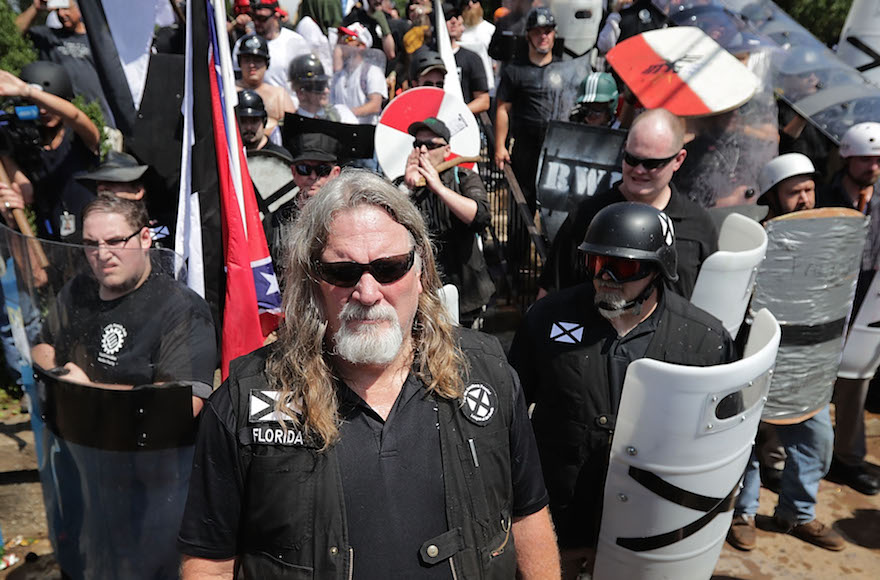