With his background as a Silicon Valley entrepreneur, Josh Becker chose a businesslike approach to his new job representing District 13 in the California Senate.

“Building the right team, developing a game plan and then, ultimately, executing,” said the Menlo Park resident, who won his Senate seat last November. “I’m hiring a bunch of people and building the game plan.”

Becker’s vast district stretches from South San Francisco to Sunnyvale, from the waters of the bay to the Pacific. It includes some of the wealthiest neighborhoods in the state, but it also includes some that suffer from poverty, racism and other endemic problems.

Becker said his Jewish identity mandates that he address these and other social ills.

“My parents were the first in their families to go to college,” Becker noted. “Broadly, the Jewish story of resilience plays a role in my focus on sustainability for our region. The communal aspect helps me build commitment.”

That game plan of his puts climate change at the top of his agenda. Immediately after being sworn in on Dec. 7, Becker submitted Senate Bill 67, which calls for more of California’s electricity to come from renewable or other zero-carbon sources. His proposal would require utilities to provide more clean electricity at times (of the day and of the year) when the percentage used is typically low.

The climate is an issue Becker says he is passionate about. But turning passion into legislation is an art he’s only now beginning to learn.

“We’re spending time getting input from stakeholders,” he said of his bill. “The first draft was overly complex. This legislation is about getting clean energy 24/7, so how do we create the right framework for utilities to have increasing amounts of clean energy, not just when the sun is shining or the wind is blowing? It’s a big idea: a pathway to 100 percent clean energy from where we are now.”

I’m super bullish on the long-term future of California. People come here for the California dream and they will continue to pursue it.

And he also joined one other group of lawmakers in Sacramento: the California Legislative Jewish Caucus.

“I got my jacket and a mug now,” he joked about membership in the caucus of 10 Assembly members and eight state Senate members. “It’s much more vibrant and important than I thought. It has delivered a lot for the community, [for example] dollars for protecting institutions and rebuilding the [Jewish summer] camps that burned.”

Jewish summer camp played a part in his own youth. Born in Queens, New York and raised in Philadelphia, Becker went to Pinemere Camp, a Jewish overnight camp in the Poconos. Also while growing up, he heard tales about his Jewish immigrant grandparents; one grandfather worked in his brother’s corner store.

“My mom grew up working in the store,” he said. “My uncle had a pushcart, and my step-grandfather had an old-fashioned fruit cart. On my mom’s side, we had a big boisterous family that got together talking about who had the best brisket, talking sports and politics. It was clear from those gatherings that education was the priority, the pathway for the family.”

Becker moved west to attend Stanford University, earning a joint MBA and law degree in 1999 then launching twin careers in both the nonprofit and tech sectors. In 2000, he founded Full Circle, which funds Bay Area nonprofits that support economic opportunity, education, environmental sustainability and health (he left its board upon winning the election). He also helped start a biotech company that researches cancer cures, as well as New Cycle Capital, which invests in socially responsible businesses.

Becker’s friends in the Jewish community think he will be an asset in Sacramento. “He’s a real mensch,” said philanthropist Laura Lauder, who got to know Becker at Congregation Beth Am in Los Altos Hills. “He’s a very detailed person, and he wants to do tikkun olam in the most generous and expansive sense of it, throughout the state, not just our local community.”

Becker won his seat in the middle of the Covid-19 pandemic, and helping constituents deal with the pandemic has been one of his priorities. In January, he presented his first virtual town hall, featuring local public health experts, and he has been pressing to get teachers vaccinated and kids back in the classroom as soon as possible. “I’d say we’re moving in the right direction now,” Becker noted, “but we need to make sure communities that are hot spots, and poorer communities, get the vaccine.”

Covid is just one of many crises facing California and its leaders. Plenty of stories have been written about residents fleeing the state, but Becker hopes to turn that trend around.

“There’s a perfect storm of wildfires, homelessness, people working from home, plus [negative] perceptions of the business climate,” he said. “I’ve had friends move. On the other hand, I’m super bullish on the long-term future of California. People come here for the California dream and they will continue to pursue it.” 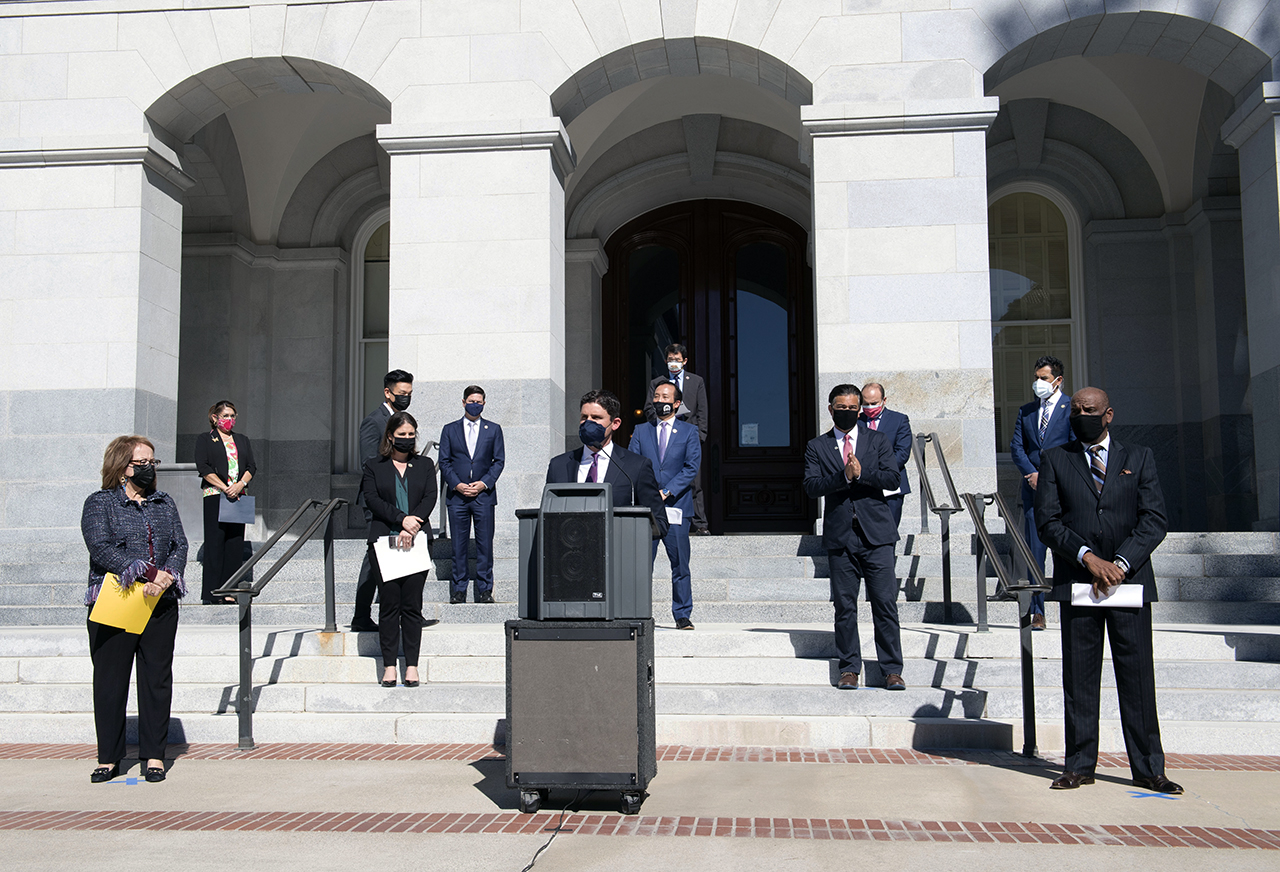 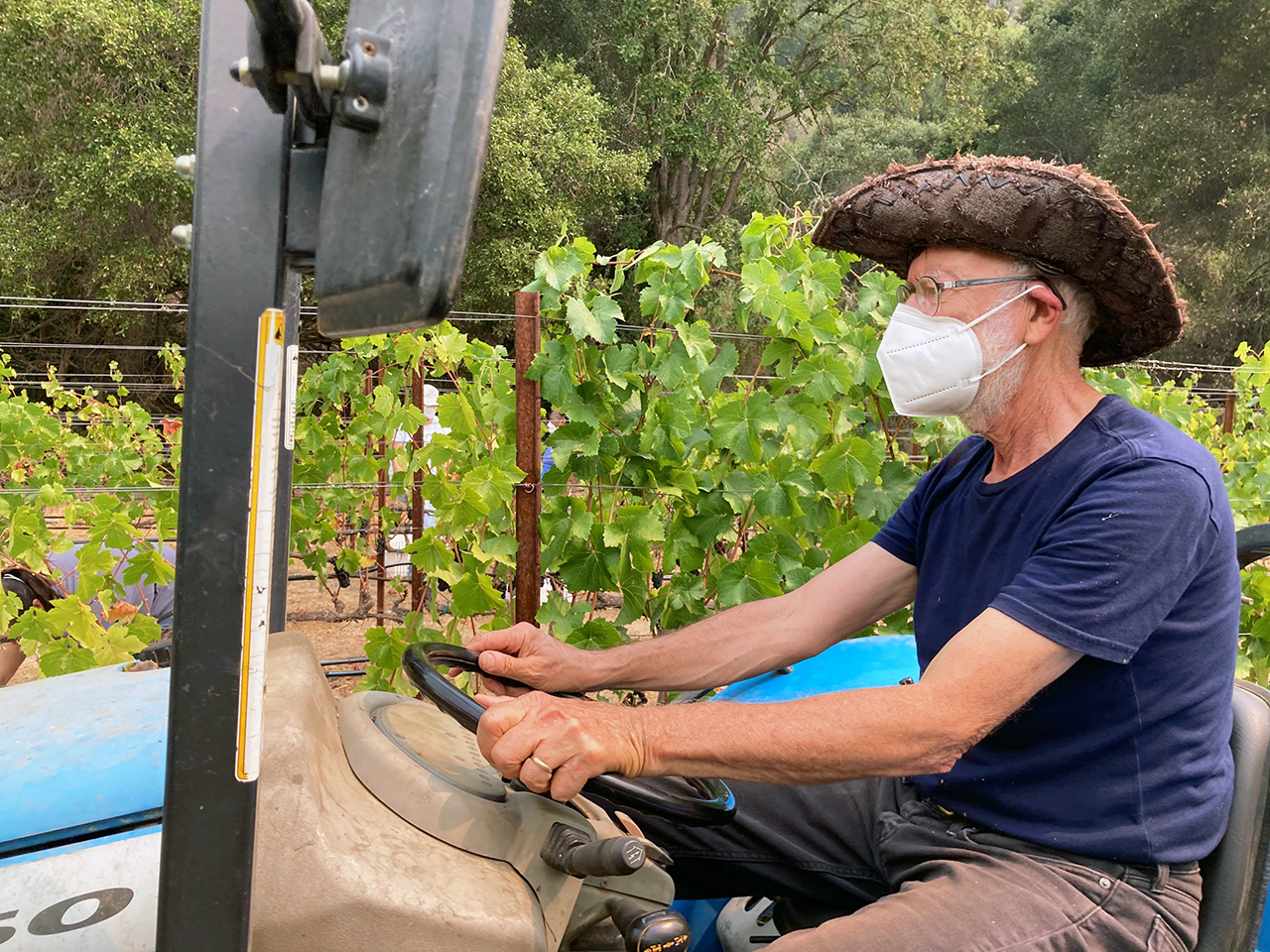