Itching to travel again, but can our bodies handle the rigors?

Paris to Zurich. New Orleans to St. Paul. Russia and the Baltic Sea. I pile the pamphlets on the coffee table. Then I toss out the 2020-21 guides and leaf through the 2021-23s. River voyages. Ocean expeditions. Amazon adventures. Undiscovered Adriatic. I think I’m ready for adventure. Is adventure ready for me?

My husband smiles, gauging my mood. Restlessness, optimism or magical thinking? Maybe all three. It’s been 15 months since I stepped onto an airplane, and even longer since I hugged my son and precious granddaughter, who live in East Yorkshire in Northern England. They were supposed to visit us for Thanksgiving. The best-laid plans.

Also, it’s been a year since I last journeyed up the Peninsula to San Francisco, where I used to work and attend the theater and symphony, taking Caltrain and BART. Now, getting on and off trains takes longer, and when I reach the platform, pedestrians rush past me. Escalators are awkward. Long staircases are problematic. And the elevators don’t always work.

Not long ago, we were world travelers. In 2018, we ventured to the Galapagos Islands and Machu Picchu. Later that year, we celebrated the first night of Hanukkah in a Hong Kong park, where a woman mixed latke batter, powering the mixer with the rear wheels of her bicycle. Then we went on to Thailand, where we hiked the Hellfire Pass and giggled during a wild tuk-tuk ride through Bangkok. At the end of 2019, we walked down Sinagoga Street in the Portuguese village of Castelo Rodrigo, where Jews worshipped in secret during the Inquisition. Over 21 years of marriage, we have traveled on five continents and taken four cruises. Now those journeys are memories that pop up on Facebook and my iPhone.

In 2020, we barely left Palo Alto. On Hanukkah, we lit candles with extended family via Zoom and shared latkes with next-door neighbors. We marked Shabbat with a computer screen on our dining room table, Zooming the services. Instead of sitting around a Thanksgiving table with my daughter and her family, we packaged the meal that I cooked for them and then we ate by ourselves. On Christmas Day, we Zoomed with my husband’s family. We are fortunate that they live nearby and sometimes drop off unexpected goodies. But we stay home.

Soon, we know, this pandemic will end. Soon, we will have immunity. But the pandemic is only part of the reason for our stay-at-home life. It’s also our bodies. They don’t behave. Our bodies are no longer ourselves. They seem to belong to somebody else.

Twenty-one years ago, we were middle-aged. Then we became the young-old. Now we don’t know what rung we’re on, but our balance is shaky.

We don’t know when or if we will travel to faraway places again. Can we manage foreign railway stations? Escalators? Stairs? Cobblestones? It’s not junior year abroad anymore, I say to myself, recalling my hitchhiking adventures in the 1960s. I’d like to think I can still rush around London, dragging a suitcase behind me as I hop on a double-decker bus. But these days, navigating Heathrow is a challenge.

We try to focus on what we can do, rather than what is no longer possible, but it’s hard. We take walks, we cook together and we sing our way through the day.

The late comedian George Burns used to say that when he awoke, he’d check the obituaries. If he didn’t see his name, he would eat breakfast. When I check the obits, if the decedent — in funeral home parlance — is 88, or 98, I figure I have another 10 or 20 years. If the decedent is younger than I am, I figure I beat the grim reaper. For today.

My husband checks his blood pressure and weight each day. Then he emails his numbers to his cardiologist, who juggles his medications accordingly.

I look at him, and as is our wont when things are in danger of getting macabre, I burst into the Bee Gees. “Ah, ah, ah, ah, stayin’ alive, stayin’ alive,” I sing, strutting around the kitchen with one arm in the air.

He joins my geriatric disco swing, wiggling his arms in the air and laughing. Then we hug.

Next year, we may cruise again. But tonight, we are here. So we dance. 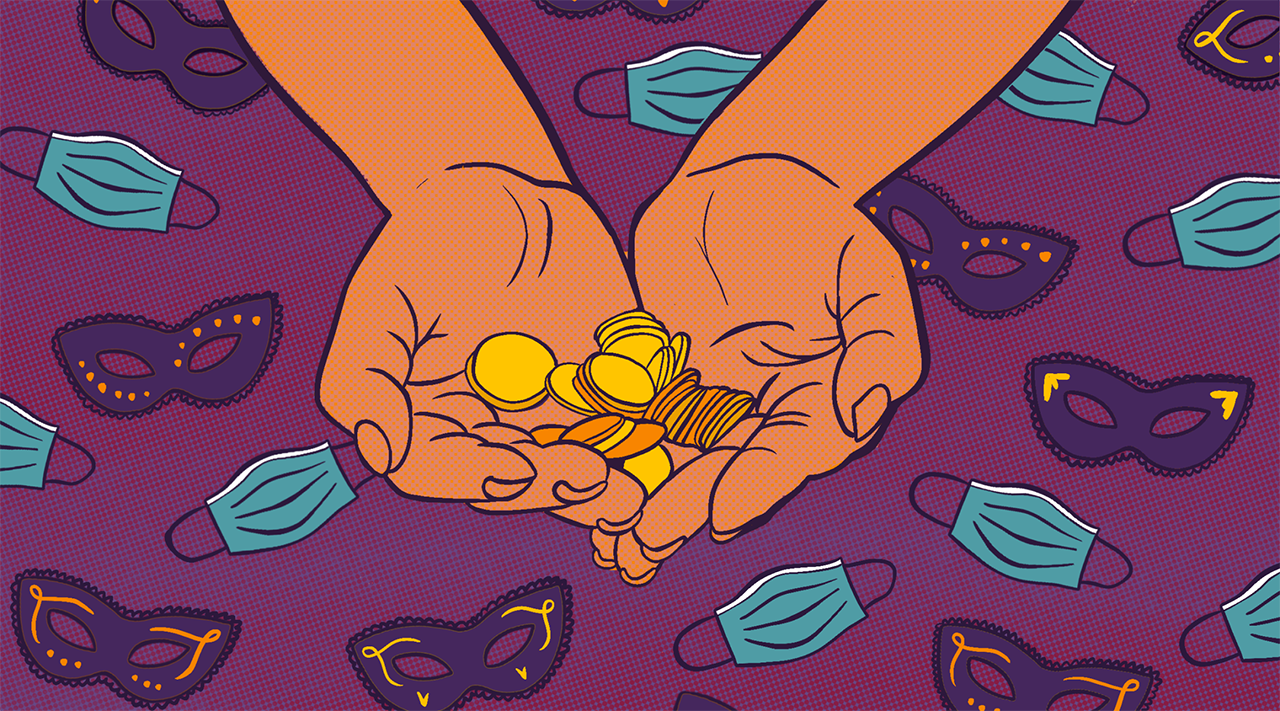