Jewish community organizations in California have been celebrating wins in the nearly two-year-long effort to revise a proposed ethnic studies curriculum for high schools — as references to BDS and other content critical of Israel was removed last May. And two sample lessons on Jewish Americans, absent from earlier drafts, were added in November.

But now an independent educational consulting group — formed by some of the educators who oversaw the highly controversial first draft of the Ethnic Studies Model Curriculum — may complicate those hard-won victories.

The Liberated Ethnic Studies Model Curriculum Institute is an educational advisory group formed last year that promises to help “develop a program and process” for the implementation of ethnic studies courses, using its own six-chapter model curriculum, in schools in California and beyond.

Though the ESMC was mandated by a 2016 law, its implementation wasn’t. No matter what final version is approved, school districts throughout the state will have considerable autonomy as to how much they draw from it, or whether they implement it at all.

J. spoke with two co-founders of the “Liberated” institute on Thursday, Theresa Montaño, a full-time faculty member at CSU Northridge, and Guadalupe Cardona, a public school ethnic studies teacher in Los Angeles. Both were on the advisory committee that oversaw the first ESMC draft, and both see the current, revised version as a failure (in fact, they have asked to have their names dissociated from it).

They said the idea for Liberated began percolating among educators after the July 2019 release of the first ESMC draft. Liberated was not intended as a corrective, necessarily, to the ESMC, Montaño said, but as a possible “supplement.” It was described as a natural outgrowth of collaborations between ethnic studies teachers.

“We actually have been creating a loose network of ethnic studies educators, folks who are practitioners of the field in K-12 and higher ed, [since] way back,” Montaño said.

“It’s just a model, not a mandate,” Cardona said of the proposed ESMC curriculum, which even has “model” as part of its name. She said Liberated’s founders were “perturbed” by the fact that “folks who are not in ethnic studies” were given more time to shape the ESMC than the advisory committee members themselves.

“What we are doing with Liberated” she said, “is we want to provide a better model.”

Liberated plans to release its six-chapter curriculum in April, making it available to educational institutions for free. It will focus on the four ethnic groups traditionally considered central to the discipline — African Americans, Asian Americans, Native Americans and Chicano/Chicanas — and will center around what it calls the “Five S’s: Self, Stories, Systems, Social Movements and Solidarity.”

An early version of a proposed glossary — which Montaño and Cardona said was not final — included the same definition of the boycott, divestment and sanctions movement against Israel that drew criticism in the state’s initial draft (and was ultimately removed).

Montaño said BDS is “not part of the curriculum” as it stands right now. But, she added, “I’m not saying it will not be.”

However, BDS is included in Liberated’s work-in-progress glossary, and it is phrased as it was in the ESMC. It is deemed a “global social movement that currently aims to establish freedom for Palestinians living under apartheid conditions” and compared to the anti-apartheid movement of South Africa.

That definition, among other features of the old ESMC, drew the ire of many Jewish groups, who argued that a reference to the Israeli-Palestinian conflict (or any other international conflict) is outside the scope of the legislative mandate requiring the curriculum, and that demonizing Israel without a counterpoint helps paint a negative picture of Jews that could engender antisemitism.

Others argue that a discussion of Palestinians and Palestine is central to ethnic studies’ anti-colonial thrust. Those opposed to the ESMC revisions were highly critical of the removal of BDS and references to Palestinian displacement in the wake of the State of Israel’s creation.

Groups such as the S.F.-based Arab Resource and Organizing Center, the Council on American-Islamic Relations and East Bay-based Jewish Voice for Peace have voiced strong opposition to those edits. The AROC coalition Save Arab-American Studies issued a statement Feb. 3 imploring the California Department of Education to not cave to “right-wing interest groups” and “pro-Israel lobbyists.”

While it’s not clear if Liberated’s curriculum will include references to Palestinians, anti-colonial critiques are central to Liberated, according to its guiding principles, which include critiques of “empire,” “neocolonial ideologies” and “anti-indigeneity.”

Liberated is still in its infancy, as organizers said they have yet to form a partnership with any school district.

However, the group is facing questions from opponents that go beyond its treatment of the Israeli-Palestinian conflict.

Among them are whether, as one Jewish group alleges, Liberated members are improperly using either state resources, or the “prestige” of their affiliation with state institutions such as CSU Northridge, for private benefit. While Liberated may be offering its model curriculum free, it is advertising other services, including implementation training, professional development and two-day anti-racism seminars, that presumably will come at a cost.

In a letter to Cal State Northridge president Erika D. Beck and California Board of Education president Linda Darling-Hammond, the Jewish-led Amcha Initiative shared concerns about the use of state insignias and materials “for personal gain.” The antisemitism watchdog group also criticized the promotion of what it called a “highly politicized and divisive curriculum in K-12 classrooms.”

The letter pointed to the fact that Montaño is an employee of CSUN and Cardona has taught in state public schools and has lectured at CSU Long Beach. It shows a screenshot of since-removed “Contact us” information on the Liberated website that listed CSUN, where Montaño works, as Liberated headquarters.

Montaño chafed at the Amcha letter, which was co-signed by the California Association of Scholars and Californians for Equal Rights; the latter organization is known largely for objecting to affirmative action laws in the state.

“I don’t think we should need to have to respond to those unwarranted, unwanted and clearly unsubstantiated allegations,” she said.

The final draft of the model curriculum is expected to be released to the public, and the State Board of Education is expected to vote on it by mid-March (California law requires passage by March 31).

Assemblymember Jesse Gabriel of the San Fernando Valley, the new chair of the California Legislative Jewish Caucus in Sacramento, applauded Jewish advocacy groups for “rowing in the same direction” on the ethnic studies issue, resulting in a final draft that is vastly different from the “deeply problematic” first one.

“There have been significant improvements,” he said. “We’ve made good progress.”

But “we know this issue will pop up at local school boards [so] the community needs to continue to stay vigilant and be engaged,” he added. “This is the end of the beginning.” 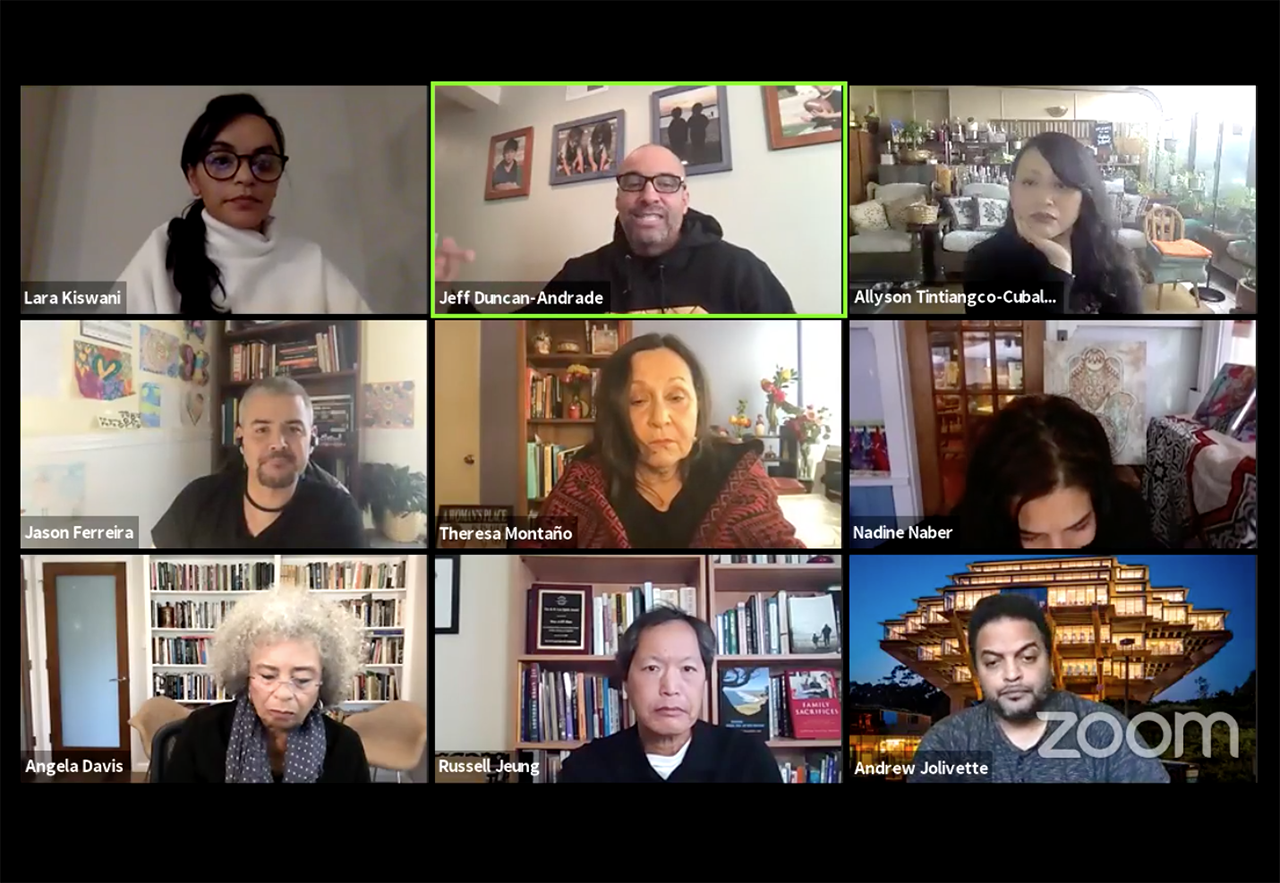 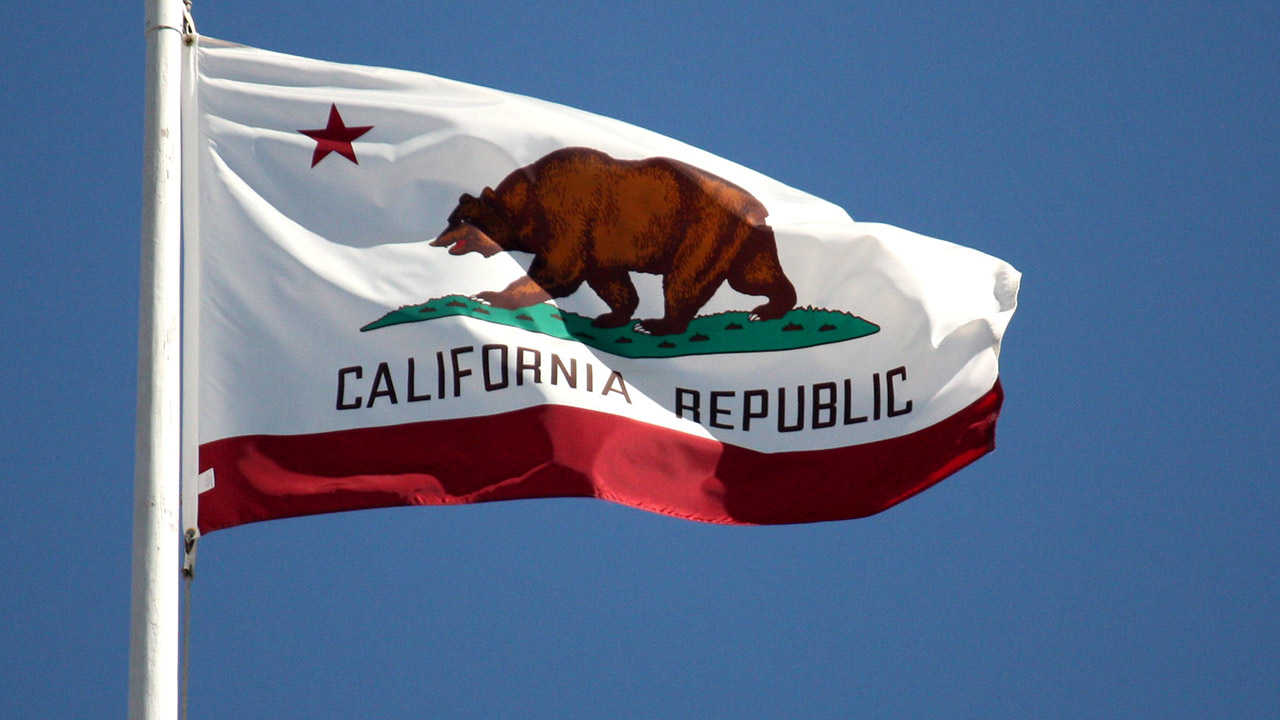