We ought to know better

In response to Julia Lutch, who complained in her letter that “Muslims play victim card” (Feb. 19), I’d like to say that this complaint has been leveled against Jews for years.

The same for Ms. Lutch’s other complaint, that criticism of Palestinians or Islam is seen as racist and/or “Islamophobic.”

Haven’t we heard similar things said about the Jewish community, that we deflect all criticism of Israel/Judaism and call it antisemitic?

I write with thanks and commendation to J. for its recent stories on the Berkeley physician couple recognized for their life-saving medical work in West Africa (“Married doctors recognized for life-saving work in Mali,” Feb. 18) and local Jewish hospital chaplains working on the front lines of the Covid crisis (“Jewish hospital chaplains are on the pandemic’s spiritual front line,” Feb. 16).

In these trying and polarized times, it is important for the community to have upbeat news stories that bring us together and celebrate the best of what the Jewish people bring to the world — to remind us that our humanity unites and exalts us over the mundane and enables us to serve as Divine agents for improving the world.

Oy, the demands of travel

I’d like to compliment Janet Silver Ghent on a lovely piece about the demands of travel as we age (“Itching to travel again, but can our bodies handle the rigors?” Feb. 24). My wife and I are right here with you, though at 10 years my junior, she has a ways to go in the aching knees department.

We travel light, no checked bags for us, but even hoisting the carry-on into overhead bins, over turnstyles, up stairs, etc. feels daunting. And what I miss most of all is enthusiastically planning the next trip given the doubts not about “when” but “if.”

Well, it’s good to be alive, locked down or not. I try to think of each ache as a reminder that I’m still “in the body.” I really connected with your piece.

Face it, BDS is for Israel only

Did Mr. Hassan Fouda provide the list of “countries engaged in routine human rights violations” that are “held accountable via BDS” in his letter to J. (“Zionists in sheep’s clothing,” Feb. 5)?

Does this list, if provided, include any country besides Israel?

If the list was not included, can you ask Mr. Fouda to please send it for your readers to see?

It’s great that Zionist progressives have the heart and chutzpah to want to assist the Palestinians to achieve justice (“Progressive — with some strings attached,” Feb. 12). But first they have to become a little more studious.

“Right of return” is a phrase borrowed from the new State of Israel that it used to invite all Jews to move there. For the Arabs, the right of return has a different meaning. Changing the demographic is the declared strategy of the Palestinian “resistance” to destroy the Jewish state.

Imagine the chaos created by a country with a 9 million population absorbing 5 million Arabs who have been brought up to think of Israel as the nakba, an outrageous calamity. It’s like inviting 200 million anti-American immigrants to move to America. At least here, immigrants come to create a better life for themselves. Five million angry Arabs moving to Israel would not be similarly committed.

Since the Jewish state will not willingly destroy itself, this is a nonstarter.

Then there is the word “resistance.” In the Palestinian context, resistance does not mean resistance to occupation and apartheid, it means resistance to the existence of Israel. Don’t take my word for it. Read up on it. Maps in Palestinian school books omit Israel. It must mean something when the not-to-be-mentioned country’s cities are renamed with Arab names.

My final piece of advice for Northern California’s progressive Zionists is to understand that pro-Palestinians say one thing in English and another in Arabic. Unless you understand both narratives you will be flying blind.

Jon Kaufman is correct (“Wise up, CA progressives,” Feb. 19); the label “pro-Palestinian” can be very misleading. People who support BDS and those who say the millions of people who registered with UNRWA as “Palestine refugees” are entitled to return to the homes they claim their forebears lost are rarely concerned with the welfare of the Palestinian people. The “two-state” solution envisioned by Palestinian leaders and their supporters consists of a Palestinian state from which all Jews have been banished and an Israel converted into a Muslim-majority state.

The reality is that Jewish businesses in Judea and Samaria that employ both Jews and Palestinians, and which serve both Jewish and Palestinian consumers, should be viewed as places where Jews and Palestinians can form personal relationships, a first step toward the realization of Israel’s vision of “two states for two peoples” — a Palestinian state coexisting, peacefully, with the nation-state of the Jews, with members of minority groups having full civil rights in their country of residence, just as non-Jews already have full civil rights in Israel. 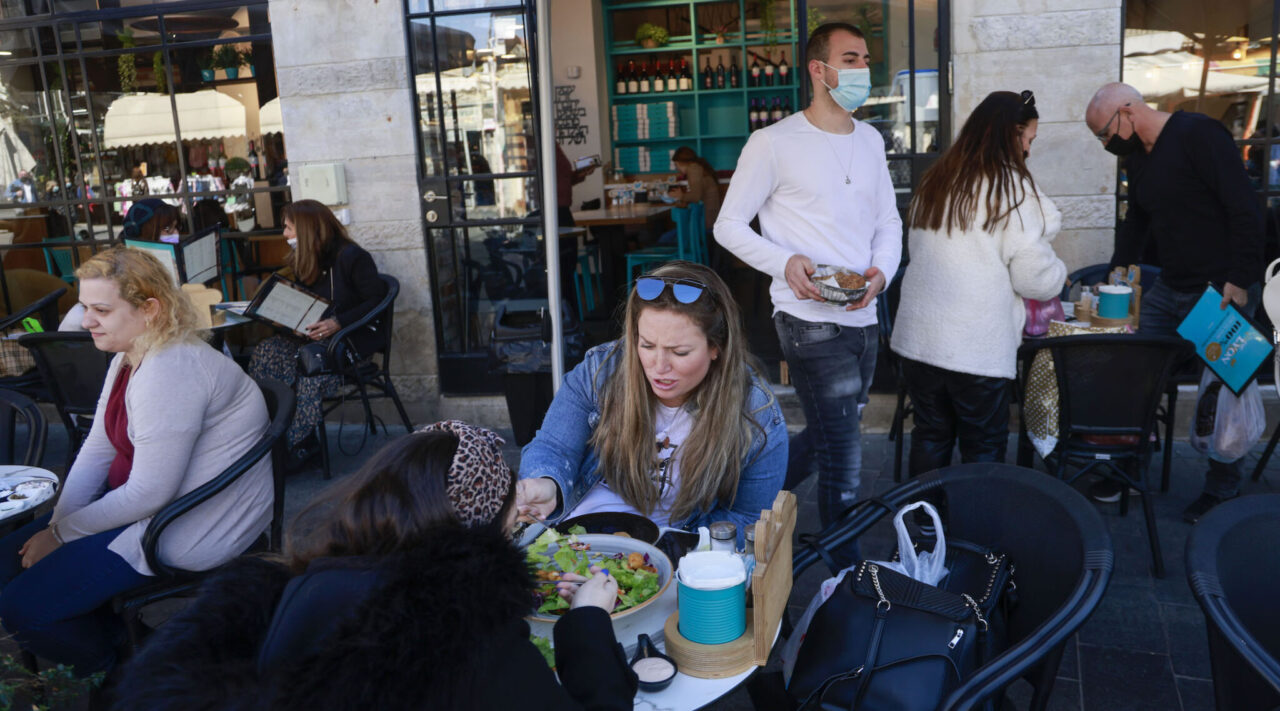