No AIPAC conference? No problem. We’re meeting for coffee on Zoom.

For years, the annual AIPAC conference has culminated with thousands of Israel supporters knocking on their congressional representatives’ doors here to deliver three policy requests.

Last year, the conference in early March ended with anxiety about whether Covid-19 had spread after some of the country’s first cases were detected among attendees. And this year, there’s no throng and no door-knocking at all. Due to the pandemic, the American Israel Public Affairs Committee announced in May that it would not hold an in-person conference in 2021 for the first time in decades.

But the pro-Israel lobby says it’s still engaging a broad swath of Americans — through a series of online events that spanned the course of the year rather than being packed into a five-day conference. And although both staffers and lawmakers say Zoom lobbying has drawbacks, AIPAC remains optimistic about its plan to present a three-pronged policy agenda to lawmakers next week.

“We have very active creative services and communications departments that have now adapted to this environment quite ably in being able to take the type of high-quality presentations that you normally see at the policy conference and adapt them to the virtual environment,” said Marshall Wittmann, the group’s spokesman.

The suspension of AIPAC’s signature event came at a crucial time in U.S.-Israel relations: a new administration that is unlikely to be as solicitous to Israel as the Trump White House; looming elections in Israel; reconsideration of the Iran nuclear deal that Donald Trump as president exited; and backburner anxiety about support for conditioning U.S. aid to Israel.

Those dynamics have been topics of the group’s online events. Instead of the keynote speeches on the U.S.-Israel relationship, AIPAC held virtual sessions on the topic, including with President Joe Biden’s secretary of state, Antony Blinken, and Trump’s top adviser (and son-in-law) Jared Kushner before the election in November.

To replace the Shabbat-themed get-togethers on the Saturday before the conference, the group offered an online “Advanced Rabbinic Political Activism Summit.” Those with specific interests — perhaps progressive outreach or women’s engagement with Israel issues — had online programs just for them.

AIPAC held online events designed to engage the many non-Jewish Israel supporters who attend the annual conference, including several in February for Black History Month. Even the less formal events have been replicated, including the “AIPAC Village,” a showcase for Israel’s high-tech sector, and a “virtual coffee house” on Zoom aimed at approximating the ambient atmosphere of schmoozing with folks in the hallways.

Wittman registered a silver-lining assessment that many have shared during this year of online events, saying the virtual sessions attracted activists who might not otherwise have attended in-person events.

“We’ve found that many people who hadn’t been involved in the past have now gotten engaged,” he said, although he did not have hard numbers. Some 18,000 activists attended last year’s conference.

Now AIPAC is in the midst of what would ordinarily be the climax of its conference: constituent-to-legislator lobbying on Israel issues. The effort began right on schedule, with a letter this week to the Biden administration from 140 members of the U.S. House of Representatives urging an expansive effort to contain the Iranian threat. AIPAC urged its followers to support the letter.

Next week, AIPAC is expecting 900 activists to convene online for its National Council and replicate the last day of the typical policy conference when thousands of activists knock on doors on the Hill promoting three requests. There are almost 500 congressional meetings scheduled.

This year, according to an AIPAC official who spoke anonymously to discuss particulars before their formal release, the requests will cover the Biden administration’s plans to reenter the Iran nuclear deal, which AIPAC opposed when 2015 it was brokered in by the Obama administration; preserving the levels of defense assistance to Israel, currently $3.3 billion a year, plus about $500 million in anti-missile development; and upholding the Abraham Accords, the four normalization agreements between Israel and Sunni Arab states brokered by Trump.

The virtual lobbying has been effective, according to a senior congressional staffer not with AIPAC who deals with foreign policy.

“The same work is getting done,” said the staffer, who asked for anonymity to speak candidly about dealing with lobbyists and activists. “It’s the same conversations. It’s just virtually. There isn’t a dinner, but people are attending panels, and the operation on the Hill doesn’t feel any different.”

But some elected officials said Zoom strips some of the elements that make in-person lobbying effective.

“Zoom gets you most of the way there, but there certainly is the loss of personal contact,” said Rep. Brad Schneider, D-Ill., who was an AIPAC lay leader before being elected to Congress. “Nothing replaces that face-to-face meeting.

“So, you know, it creates a challenge. You’re sitting in an office, and there are a dozen people sitting around having a conversation, you lose the advantage of seeing every person speaking. It’s much easier [in person] to get the interplay to ask the question, have a response, to get a question answered more robustly.”

Ted Deutch, a Florida Democrat who chairs the House Middle East subcommittee and has been close to AIPAC, said he was impressed by its virtual game.

“There’s nothing like being able to sit across from someone and engage in meaningful conversation about the U.S.-Israel relationship,” he said. “But the community has adapted during the pandemic and now the meetings take place on Zoom. So there’s an opportunity to bring more people together from more places at one time, and in some ways that provides an even better forum to interact with others, and they’ve been really successful using technology to engage.”

Exactly what the future holds for the annual AIPAC conference remains unclear. At this point the group is still considering whether to convene in person in 2022. And as the end of the pandemic enters view, the future of major conventions — and their expense to stage and attend — is up in the air. AIPAC laid off some staffers specifically focused on conference planning last year and hasn’t yet recreated those positions.

Wittman said one thing that’s assured is that virtual outreach will continue.

“Activists have remained very involved within the comfort of their own homes on their computers,” he said. “That’s been heartening.” 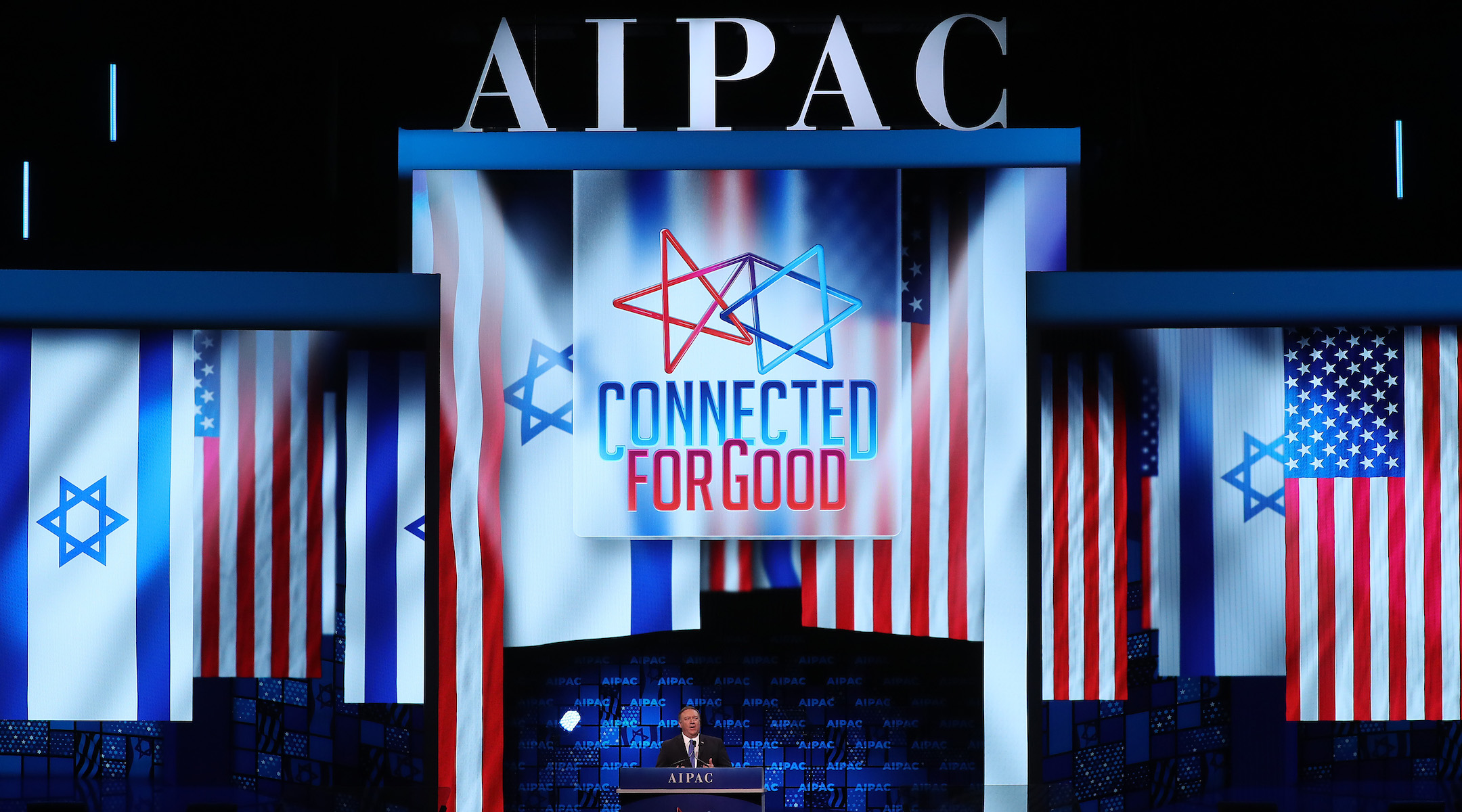 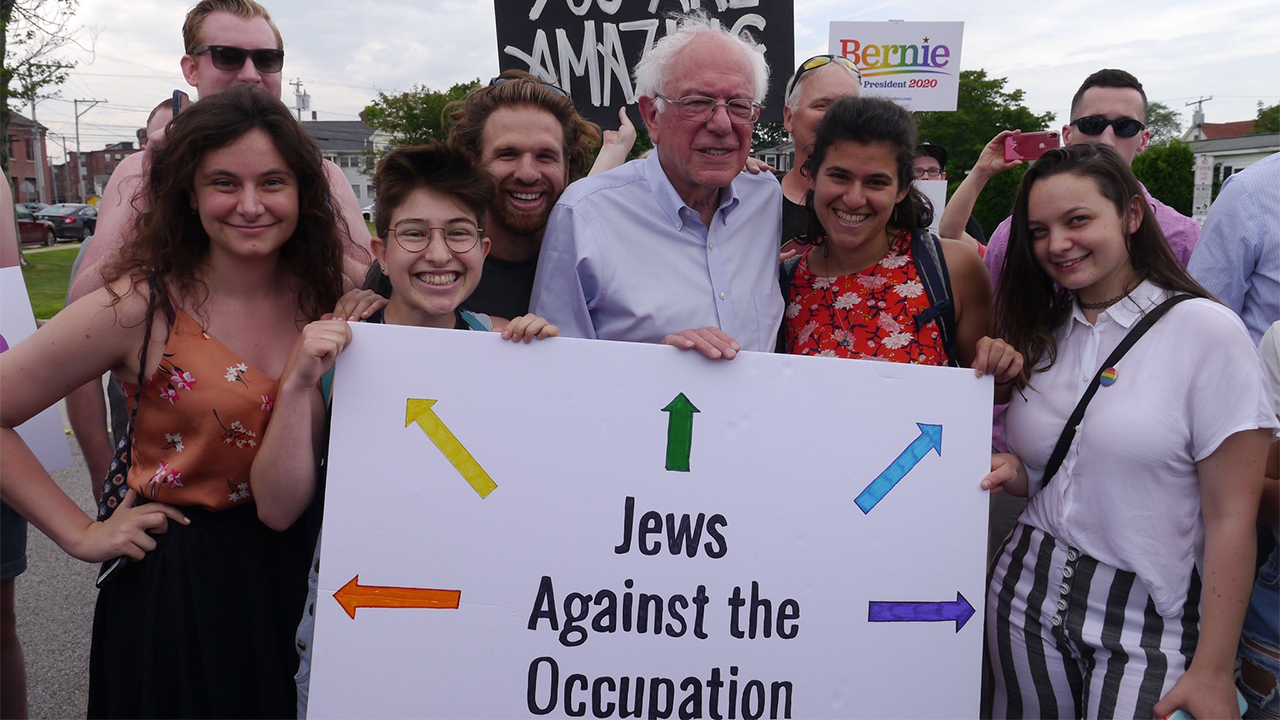 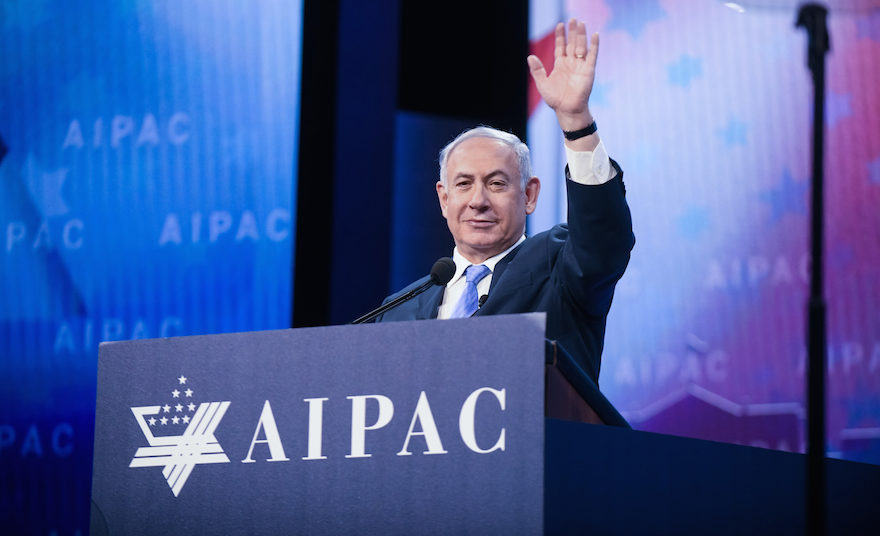