I was face to face with evil at the Nuremberg Trials

It happened to me 75 years ago, as World War II ended, but every detail is clear as day. My outfit, the 407th Infantry Regiment, found itself in the middle of Germany in occupation of our defeated foe. I was acting Regimental First Sergeant and was somehow able to grab a one-day invitation from Supreme HQ to sit in on the Nuremberg Trials of the Nazis who were closest to Hitler.

On the appointed day, I hitched a jeep ride to the site of the trial, the old Palace of Justice in Nuremberg. It was teeming with military police and the uniforms of many nations could be spotted, with lots of “brass” from around the world. High along the wall of the courtroom sat the International Military Tribunal — enrobed justices in a row like our Supreme Court but representing the four major allies — the United States, the USSR, France and Great Britain (whose turn it was to be the chief justice, stationed in the middle).

What was I, a buckass sergeant, doing here?!

My pass was for a single day’s attendance and I was bound to make the most of it.  All around me there were more than 100 guests. Just in front of us was the band of Nazi murderers and their counsel. They sat in the dock performing their fateful historical roles. Hermann Göring smiling calmly.  Rudolf Hess pale and almost waiflike. Julius Streicher, Hitler’s fanatic antisemitic editor of Der Sturm, now red as the proverbial beet — and looking like he was sweating (how I hoped so!).

Like every other guest observer, I was provided with a pair of earphones which came with an adjacent panel of buttons. Remember, this was long before the present techie age. When I pressed each button, it was connected to a live interpreter who translated into English (in my case) from whatever language was being spoken by the person who held the floor.

Each of the four allies was given time to present his country’s case against the Nazi regime. This was Soviet prosecutor Roman Rudenko’s day for the USSR. Soon after he started, the proceedings were held up. The tribunal judges would not admit into evidence the Soviet photocopies; instead, they wanted the originals.

Rudenko protested that these were in Moscow. The chief justice insisted, however.  Finally, after checking with his government, Rudenko agreed that Moscow would send the required documents by air. I recall thinking, “My God, the tribunal is being scrupulous in observing legalities.”

After court was adjourned, I waited until the guards escorted the defendants out, presumably to their cells.

My heart palpitated to be up close to these Nazis, seeing them in the flesh and not from a newsreel or from the cover of Life magazine, not simply famous but infamous.

I had survived the lottery of combat just a few months before, and as an American, I’m sure proud of my Bronze Star.

But this was so-oo different.

Though a non-observant Jew, I don’t mind revealing that the day in that courtroom I reflexively repeated the Shema to myself many times. The Shema is Judaism’s central prayer — Shema Yisrael Adonai Eloheinu Adonai Echad.

Did I utter it for Divine protection at being close to evil? From rage? From a wish to chide God? From hopeless sorrow at all those millions of deaths of my brethren at the hands of these ignoble souls? From all of those, I think. 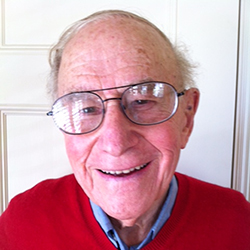 Arthur Roth was decorated for his combat service in World War II, and is a former board member of Levi Strauss & Co. He and his wife Lois live in The Carlisle, a senior community in San Francisco. 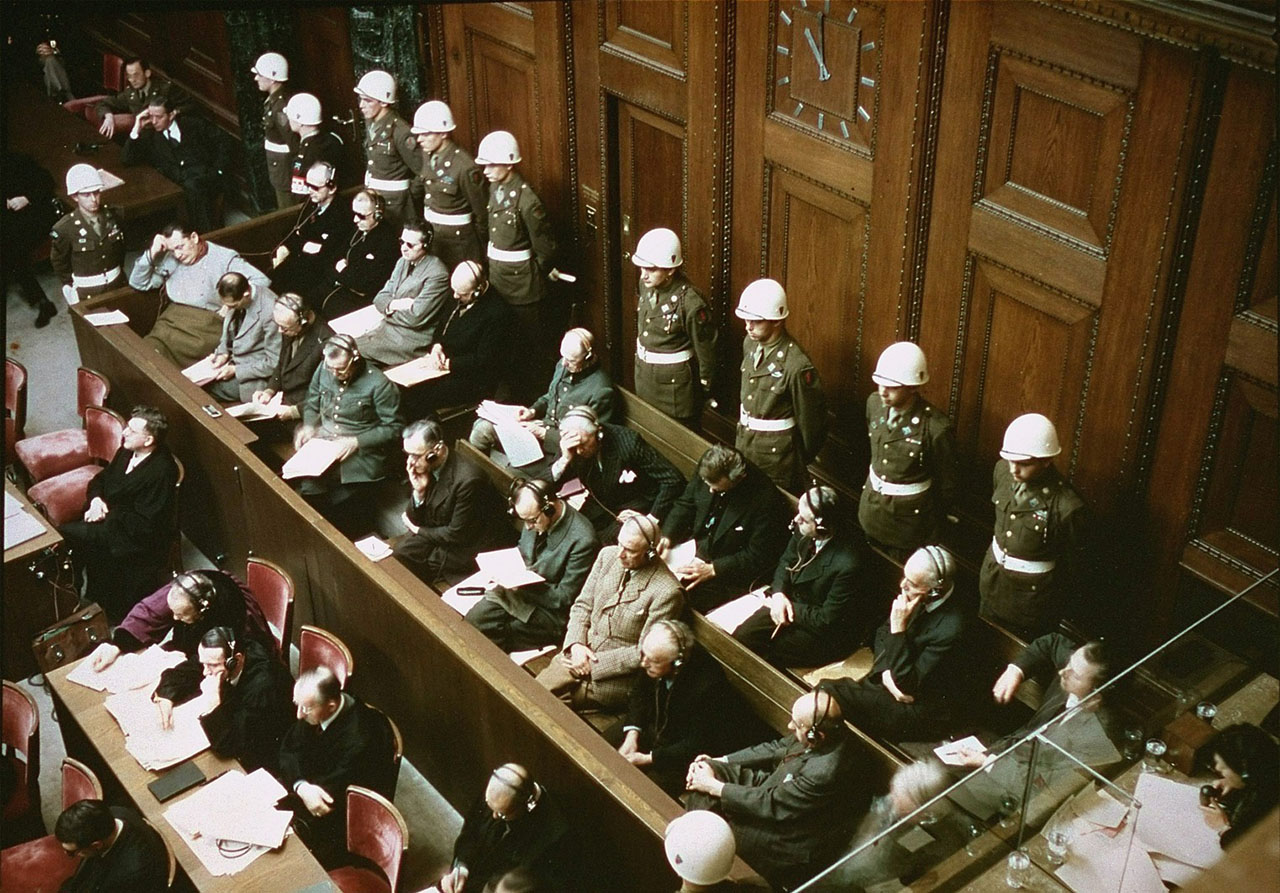 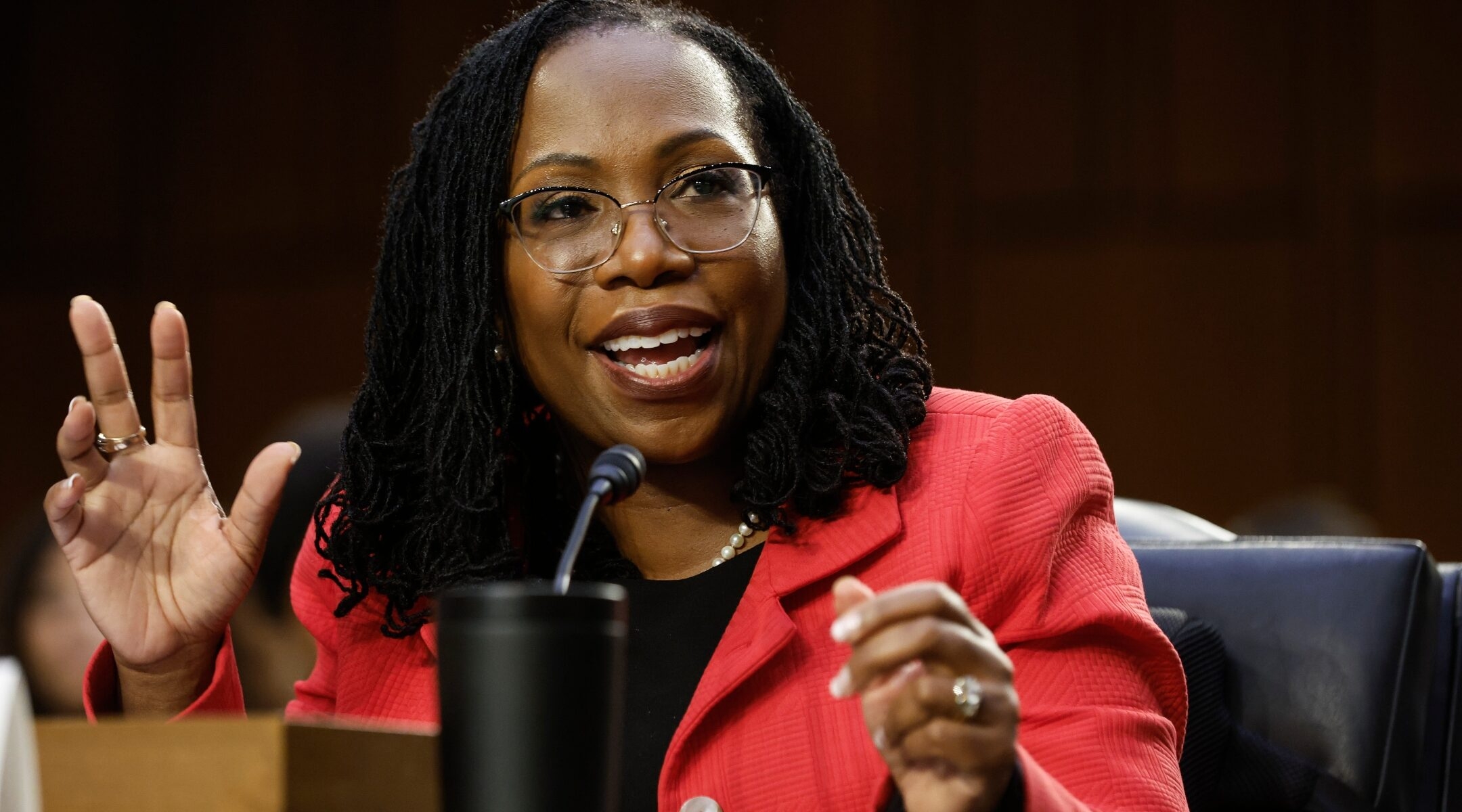