As Passover approaches, I reflect on its inspiration. Passover, beginning on March 27 this year, celebrates the quest for justice, and that value has resonated throughout my life. It has inspired my beliefs and career and today has led me to be a strong proponent of criminal justice reform.

It’s not by accident that I wound up in the legal profession — first as a lawyer and later as a judge. It’s not by accident that in college I studied with Richard Quinney, the father of modern-day critical sociology. The term criminal justice reform did not exist in those earlier days. Yet, throughout my career, I have struggled with the inequities of the criminal justice system and hoped that change could be achieved.

Today, I share optimism that reform is within grasp.

Imprisonment destroys the family structure. Children lose parents and often wind up in foster care. Having presided over a dependency court that supervises foster children, I have personally witnessed the deleterious effects of foster care. Felony convictions deprive individuals of receiving government benefits, including housing and many jobs.

I have not found anyone who does not believe in criminal justice reform.

Despite this belief, their understanding wobbles when the country faces an increase in crimes, such as now, although most of these are nonviolent crimes. Crime permeates cities across the country, including cities run by Republican mayors. Unfortunately, when a violent, horrific crime occurs, many people fall back on the failed “lock-’em-up” approach as a solution.

Instinctively, we want to do something, but the only guarantee about the old “war on crime” approach is that it will produce more crime.

We have locked up people in California and across the country for longer and longer terms for years now. It cost billions of dollars over the years, but it never reduced crime. Mass incarceration has never and will never make the public safer. We need a new approach.

They develop alternative sentences to imprisonment for nonviolent crimes that address the causes of criminal behavior.

For example, directly dealing with a drug problem through residential or out-patient treatment addresses the root cause of crime. They oppose cash bail because it discriminates against the poor. The poor often agree to the prosecutor’s plea bargain, whether guilty or not, to get out of jail. They hold law enforcement officers accountable when they break the law.

Also, progressive district attorneys prosecute juveniles as children, not as adults. According to scientists, the brain does not fully mature until the 20s, making this common practice fly in the face of science.

Progressive prosecutors also are victim-focused, and victims are brought into the process every step of the way. Ending racial disparities that are deeply embedded in mass incarceration and protecting public safety are not in competition. In fact, criminal justice reform is far more likely to ensure public safety because it breaks the cycle of crime.

We cannot throw out our commitment to justice when the going gets tough. Our values are being challenged, but Jews have been challenged throughout history.

When I learned that late Supreme Court Justice Ruth Bader Ginsburg had posted in her chambers “Tzedek, tzedek tirdof” (“Justice, justice shall you pursue”), I felt reaffirmed as a Jew.

We carry with us the embedded memory that, as the children of Israel, we were slaves in Egypt. The history of being slaves gives us a special appreciation of freedom for all people.

The Passover message inspires my behavior. For me as a Jew, my mandate warrants achieving social justice. As a Jew, social justice necessitates my support of criminal justice reform. 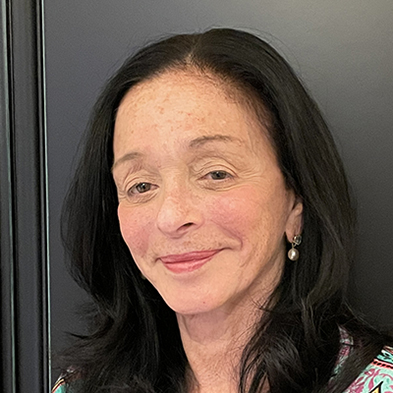