The writings of the grandchildren of Holocaust survivors frequently convey not only the pain their grandparents endured but also the reverberations of trauma in their families.

If there is a pattern in these books, it is often the desire to restore a narrative interrupted by untold stories and geographical dislocation. Two new memoirs record grandchildren’s attempts to grapple with difficult family histories that were shrouded in silence.

Emanuel (Manu) Rosen, the author of “If Anyone Calls, Tell Them I Died,” grew up in Israel and now lives in Menlo Park. It was not until he was a grown man that his mother informed him that her father, who came to Israel as a refugee from Nazi Germany, had committed suicide decades earlier. The cause of death had never been discussed.

Before the rise of the Nazis, Hugo and Lucie Mendel had lived in Hamm in northwestern Germany, where Hugo was a successful attorney. Deprived of his livelihood by antisemitic policies, Hugo took his family to Tel Aviv in 1933. Unable to practice law due to his lack of facility in Hebrew or English, he went into business and failed. He and Lucie returned to Germany for a lengthy visit in 1956, after which Hugo became despondent and soon thereafter jumped to his death.

Rosen was able to reconstruct some of his grandparents’ experiences from a box of letters that included correspondence from their visit to Germany. He wondered further: “If the letters themselves could not shed light on Hugo’s action, what if I could follow their footsteps? Maybe if I could ride the same trains, sleep in the same rooms, and sit in the same cafes as they had, I could get a better idea of why one person chose to live, and another chose to die.” The book records the travels Rosen took to his grandparents’ “cities of pain” in hope of seeing through their eyes.

Rosen also devotes attention to the claim his mother filed against the German government for its role in destroying her father. A German court initially ruled against the claim, denying any connection between events in 1933 and a suicide more than 20 years later. The court’s judgment relied on the testimony of an expert witness, a psychiatrist who asserted that the depression resulted from physiological factors and that trauma played no role.

Chillingly, Rosen uncovers that the expert witness was Friedrich Panse, who had served in the Nazis’ euthanasia program, determining which psychiatric patients should be sent off to the gas chambers. That he should have been permitted to continue his medical career after the war, or that a man who had taught classes on “racial hygiene” should be called upon in a case of Jewish suffering, is maddening. Fortunately, Rosen’s mother was persistent and appealed the judgment.

“Plunder: A Memoir of Family Property and Nazi Treasure” is the debut book by Menachem Kaiser, who was raised in an Orthodox family in Toronto and whose paternal grandfather, dead for eight years when Kaiser was born, was one of the family’s few Holocaust survivors. Kaiser knew nearly nothing about his grandfather beyond that, but he developed a greater feeling for him upon poring through a trove of documents and letters recording his lengthy but unsuccessful attempt to reestablish ownership of an apartment building purchased in 1936 by his parents in the Polish city of Sosnowiec.

Kaiser decides to resume the long-dormant quest for the restitution of his family’s rights to the building. He hires a colorful Polish attorney known as “The Killer” and begins a years-long adventure through Poland’s judicial system that is occasionally Kafkaesque — particularly when it comes to proving to the court’s satisfaction that his great-grandparents, murdered in the Holocaust, are in fact dead.

He travels to Sosnowiec, where he interviews residents of the building he believes to be his family’s. It is in the course of encountering them that he comes to acknowledge the moral complexity of his quest, and to inspect his own motives. Is it for the sake of justice? For financial gain? One of the book’s appeals is that Kaiser opens his doubts and errors to scrutiny.

As his legal struggle proceeds at a slow pace, Kaiser learns that his grandfather’s cousin Abraham Kajzer, heretofore unknown to him, was the author of a Polish-language Holocaust memoir that is valued in Poland for the light it shines on the Project Riese complex — a series of vast tunnels and caverns built by Jewish slave laborers (including Abraham) during World War II. Because of his connection to his great-uncle, Kaiser earns VIP status among the treasure hunters who regularly explore the tunnel network, and gets another perspective on the region’s history.

While fascinating, this segment of the book can feel like a diversion from what I felt to be the book’s most affecting concern: Kaiser’s journey into his family’s painful past, and an emerging connection to a grandfather who had been an abstraction. As he notes, “the building, maybe, was a means to access a history, a person, that I’d always thought inaccessible, immutably closed.”

Kaiser is a particularly gifted writer, and an insightful narrator. He announces, “I do not trust the genre I am writing in, that of the grandchild trekking back to the alte heim [old home] on his fraught memory-mission,” pointing out that “‘mission’ suggests the possibility of completion, redemption, catharsis.”

Although this skepticism may be warranted, particularly as the writings of his generation become a full-fledged genre, I find the act of reentering one’s fraught family history with the commitment and honesty that both Kaiser and Rosen display to be an extraordinary feat.

“If Anyone Calls, Tell Them I Died“ by Emanuel “Manu” Rosen (232 pages, Amsterdam Publishers) 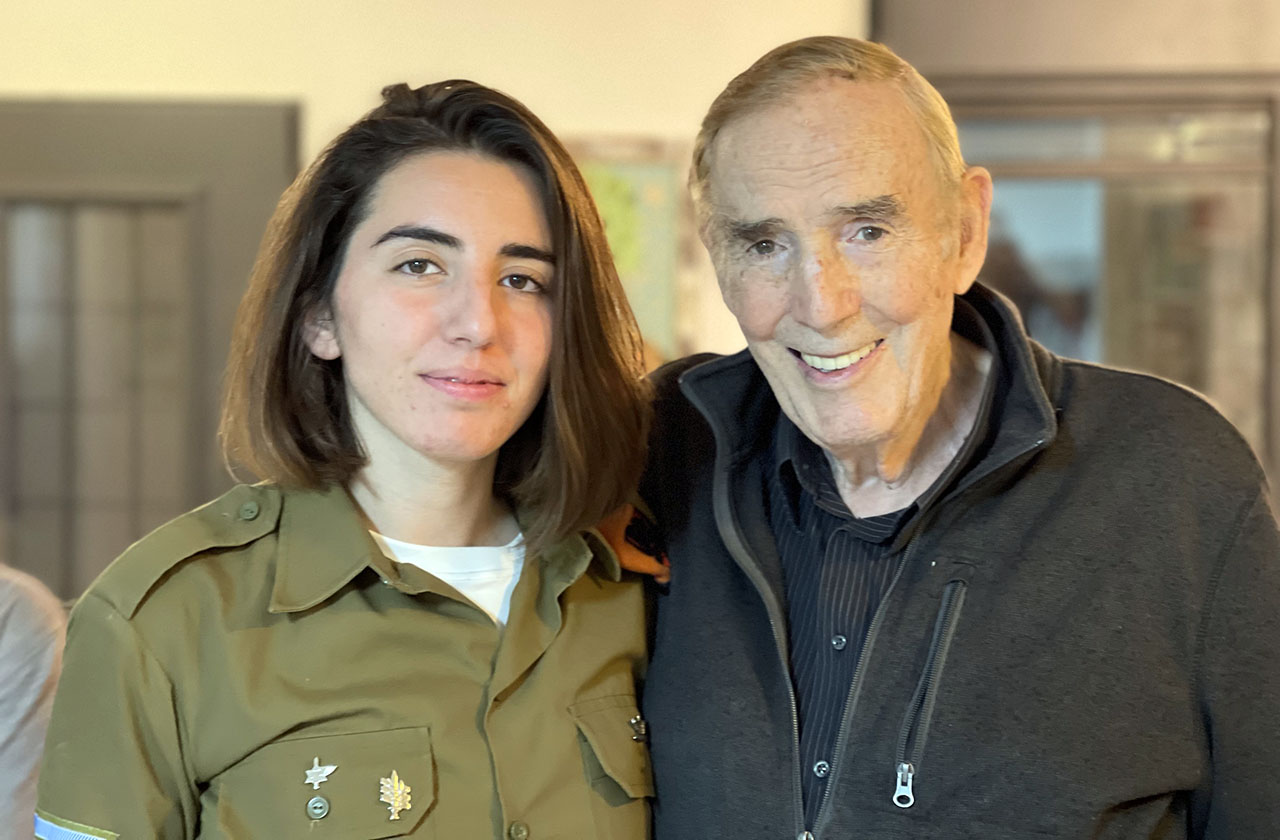 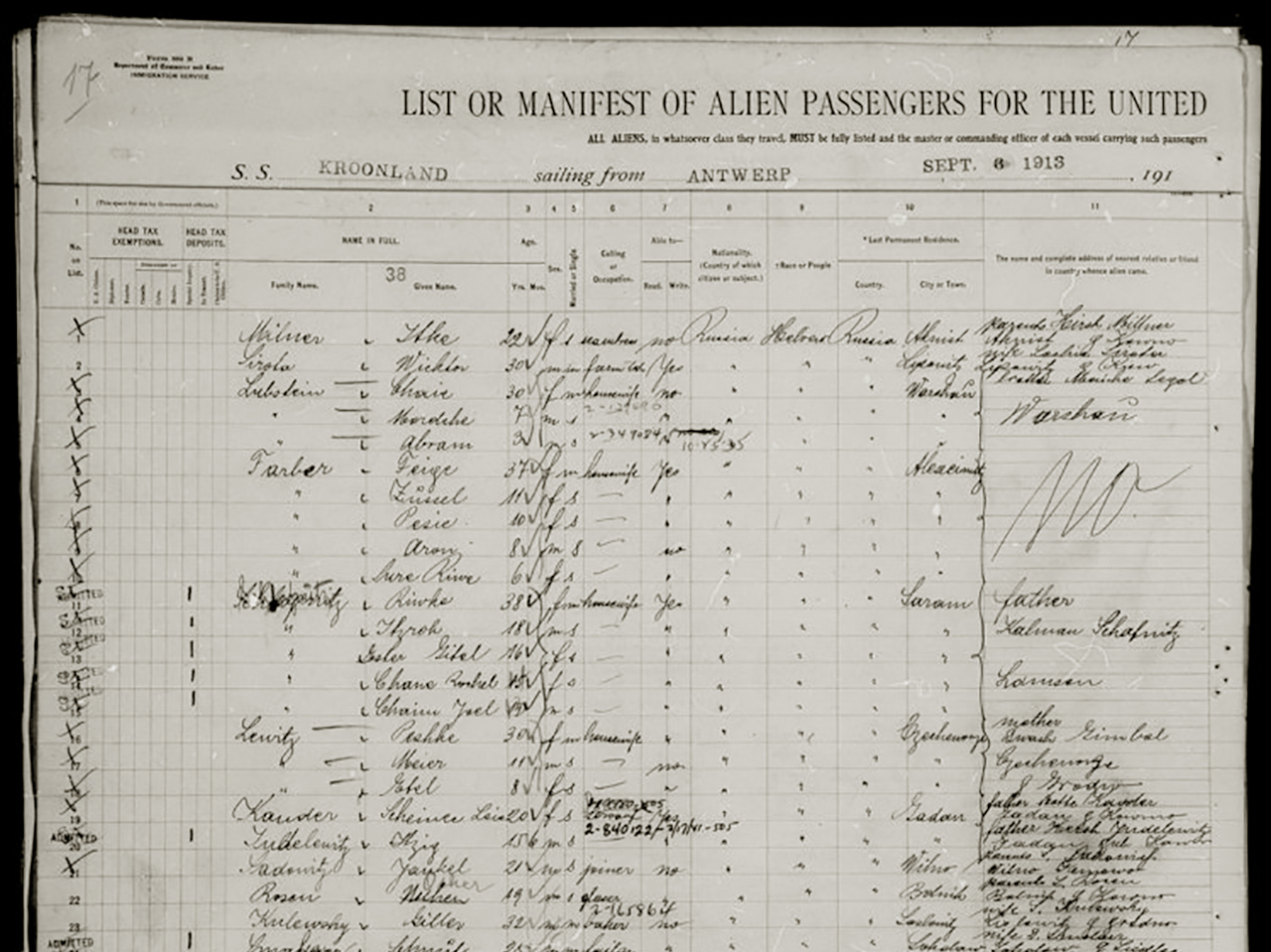