What can one person do about climate change? For Grace Wallis, the answer is simple: a lot, but not enough. “Individual actions don’t create direct change, immediate change, in the areas that are most effective — which would be policy change,” she said.

That’s why the 23-year-old Stanford grad student is focusing not only on modifying her own personal actions but also working to mitigate climate change at the state level, lobbying lawmakers in the Capitol on issues such as fracking and pollution. She’s been doing it with the help of climate organization Dayenu, a New York-based national endeavor that is helping to mobilize the Jewish community on what it sees as the No. 1 issue of our time.

Founded in April 2020 by Rabbi Jennie Rosenn, Dayenu was set up to give ordinary people the tools and information they need to get educated, raise awareness and pressure elected officials on environmental issues. They’re encouraged to set up their own groups, called “circles,” to work autonomously at the community level, but with coordination and support from the national organization. According to Dayenu’s director of organizing Vicki Kaplan, there are nine Dayenu Circles in the Bay Area so far, with more forming each week.

“I think the fact that people are starting Dayenu Circles shows just how much appreciation there is in the Jewish community for bolder and more direct collective action to address the climate crisis,” Kaplan said.

The Dayenu approach is nondenominational but explicitly Jewish: “We are emboldened by our Jewish tradition that teaches ‘lo ba’shamayim hi’: it is not in the heavens … or beyond the sea … It is in your mouth and in your heart to do it … Choose life so that you and your offspring may live,” the organization says on its website.

For Wallis, who is studying environmental communication, the Jewish component is important. “It made total sense for me to join Dayenu,” she said.

Wallis co-founded her Dayenu Circle in mid-March and feels that her Jewish values and her values of environmental stewardship are intrinsically intertwined. The circle, and Wallis, are affiliated with the young adult group “The Orchard” at Congregation Beth Am in Los Altos Hills.

Wallis and her circle have been working on advancing a modified version of SB 467, a bill that would have banned fracking and other methods of oil extraction, and would also have established 2,500-foot setbacks between oil wells and people’s homes. But the original died in committee.

The bill was authored by Scott Wiener, state senator who represents San Francisco and parts of San Mateo County. It lost by just one vote, but has been amended to focus on the setbacks, which are common in other states. It was a blow, but Wallis hasn’t given up. She said the circle is targeting three crucial state senators to move the amended bill forward.

“We only need one more vote from any one of them to push the bill forward before the next Natural Resources Committee hearing on Tuesday, April 27,” she said. “We’ll be making calls to those three senators until then.”

“The grassroots movement in support of SB 467 is inspiring,” Wiener said in a statement to J. “This legislation is fundamentally a grassroots effort, and groups like Dayenu making their voices heard makes all the difference when it comes to pushing California to lead on climate.”

For Madeleine Levin, of Or Shalom Jewish Community in San Francisco, the kind of work Dayenu Circles do in advocating policy is what drew her to the organization. It’s a different type of action from, say, beach cleanups, she said.

“We just felt it was a perfect organization for us to align with because of their focus on real change,” she said.

That’s not a slight on beach cleanups. “We like doing those things, too!” Levin said. But the community’s green committee, which she chairs, felt drawn to Dayenu’s mission. The members decided to form a circle at Passover, had their first meeting last week and have scheduled their first session of calling politicians. (Or Shalom is one of several Jewish organizations across the state sponsoring a forum on SB467 at 7:30 p.m. on May 5, featuring Wiener and Juan Flores of the Center on Race, Poverty, and the Environment.)

“It’s so new and exciting,” she said.

Michal Strutin of San Jose wakes up in the middle of the night worrying about climate change. But rather than just worrying, she wants to take action. She said establishing a Dayenu Circle made sense to her for its direct approach.

“Its absolute focus is on climate change,” she said. “To me that’s the be-all and end-all of issues.”

Her circle is working to support upcoming state legislation on a range of climate topics, from forest management to a requirement that corporations disclose greenhouse gas emissions. The circle has representatives from four local synagogues, each with green committees of their own, which gives the circle a wider group of concerned people to call on within the Jewish community. That connection is important to Strutin.

“My Judaism is as important to me as my environmentalism,” she said. “It’s a match, in my mind.”

The focus on direct action seems to be popular. Dayenu is a young organization, but it’s already being picked as a rising star, with a mention in the Slingshot “10 to watch” list of Jewish groups. More practically, Steven Spielberg donated some of his Genesis Prize money to Dayenu — $100,000 matched with a gift from his own philanthropic foundation.

Kaplan said anyone interested in working on climate activism within a Dayenu Circle should go to the website. A directory of Dayenu Circles that are already up and running will launch on the site Thursday, along with information on how to start one on your own. Either way, anyone is welcome.

“We’re fighting for a just and a livable future for generations to come,” Kaplan said. “There’s nothing more Jewish than that.”

Wallis says Dayenu has given her a positive outlet for taking concrete steps that can potentially affect the world at large. That’s good for the planet and good for her, too.

“For me,” Wallis said, “it’s an antithesis to a lot of the hopelessness and doom-and-gloom messages.” 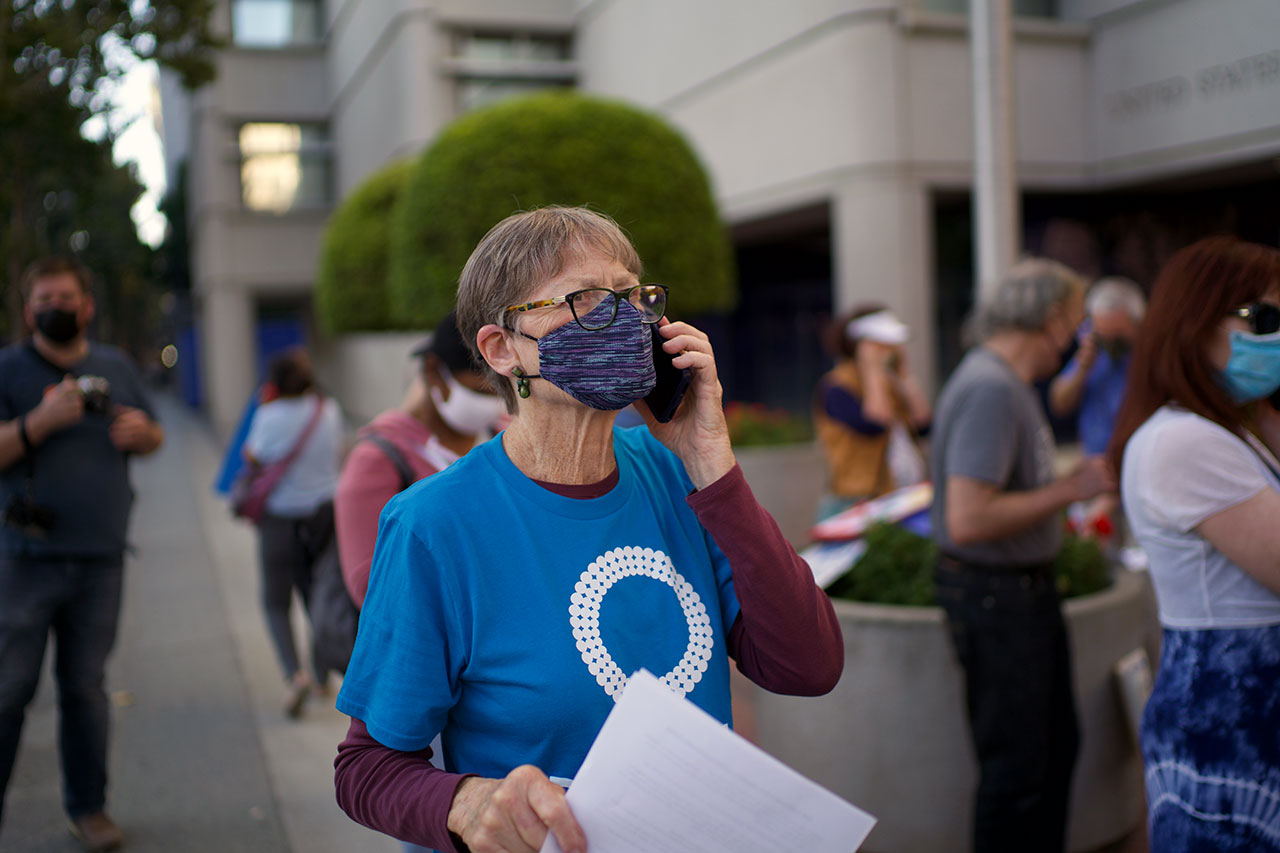