To male Jewish leaders; Scary times for French Jews; The problem with Jerusalem Day; No such thing as a free lunch; etc.

I appreciate David Cohen’s op-ed “Men in Jewish leadership (like me) need to hold each other accountable” (April 26). I commend Shalom Bayit’s May 6 event that celebrated eight outstanding Jewish women who have taken a stand against sexual harassment.

I also have four concrete suggestions for men in leadership who want to make things better:

1. The next time a woman complains about harassment, even obliquely, listen to her. Take a deep breath, and listen some more. Do not immediately shut down the story or defend the other person. Take her seriously.

2. When you are invited to speak on a panel, ask: Are there women on that panel as well? If not, hold out for a woman to be included before you agree to participate.

3. Make a list of outstanding women in your field and recommend them for speaking engagements and panels.

4. If you can’t come up with the list in No. 3, you don’t know enough women in your field. Expand your network!

The internal work is important, but so is manifesting that change in the world.

Justice for Sarah vs. 6 feet

For those not familiar with the issue: Sarah Halimi, 65, was murdered in her Paris apartment by her neighbor in 2017, but the French courts decided that he should not stand trial because his mind had been addled by excessive marijuana use.  The young man supposedly shouted “Allah Akbar” in the process of killing her.

I’m glad we attended, and thank the letter writer in J. who alerted us to the demonstration.

However, I realized afterward that the attendees were not practicing social distancing; most but not all wore masks, my wife and I included. Should the organizers have enforced social distancing?

Here is part of the speech I read at the protest in San Francisco for Sarah Halimi, who was a doctor, a mother, a grandmother and the director of the Jewish preschool my nephews attended (“Protesters in S.F. lash out at French ruling in Sarah Halimi murder”, online only, May 3):

In 2015, former French PM Manuel Valls told Parliament, “When Jews are attacked in France, it is France that is attacked,” but Jews in France know they are more likely to be victims than any non-Jewish French citizen. Jews represent only 0.7 percent of the entire French population but more than 50 percent of victims of crimes motivated by hatred are Jewish, and France has the third largest Jewish population in the world.

I am French and American, and my own grandparents, born in Eastern Europe, found asylum in France escaping the Nazis. I am the second generation born in France, but I left France a long time ago. Many other French Jews have left France, too, in the past decades. Most went to Israel, others moved to North America and elsewhere.

Vichy France deported to their deaths close to 25 percent of the Jewish population during theNazi occupation, and since the war, successive French governments have strongly rejected antisemitism and vowed to fight it. But what has happened? Why is it so difficult for the French justice system and the police to recognize antisemitism when the evidence is overwhelming?

Having to stand here and say all this in 2021 is painful. Seventy-five years after the end of the Holocaust antisemitism is on the rise, not only in France but also in the United States. Old antisemitic blood libels are still spread widely and believed as truth.

Almost a year after Sarah Halimi’s brutal killing, Mireille Knoll, 85, was murdered. Mireille survived the Holocaust but died in Paris after being stabbed 11 times by a neighbor she knew since he was a child. With the help of a friend, her killer then set her body on fire. He told the prosecutor, “She’s a Jew, she must have money.”
With so many murders, we can just ask ourselves, who is next?

A ‘racist travesty’ in Israel

I might have been 5 years old when I found out what racism was. It was in the 1950s, when my mother said, “Many Christians would treat us like they treat Black people if they knew we were Jews.”

Actually, it would take me a few decades to fully understand and appreciate what she said, but eventually I did, most predominantly as a student of the Holocaust at UCLA.

I now see that many in the Knesset are made of the same bolt of cloth.

The article “Israel’s new call to deport African Hebrew Israelites reopens old wounds” (April 28) showed that many in this right-wing government feel that Black Hebrew lives absolutely do not matter.

After 40-plus years of government leaders kicking the can down the road, after a 1980 report suggested a solution that included giving them legal status and land, which was never acted upon, the Knesset is forcing 40 families to be deported, many who have never lived anywhere but Israel, where they were born.

This is a racist travesty that must be called out by Americans who are now, finally, calling out America for hundreds of years of systematic racism.  We know it when we see it.

Oppression must be studied

Regarding the “Opiate of the classes” (April 28) letter to J. by Vladimir Kaplan: While Mr. Kaplan condemns California’s Ethnic Studies Model Curriculum for exploring issues related to empire-building and forms of oppression, I applaud it.

No one denies that the virtues of America are many. But the legacy of slavery and racism affects marginalized groups to this day; it is essential that teachers and students face the truth in all its complexity.

Suggested reading: “The 1619 Project” from the New York Times and “Caste” by Isabel Wilkerson.

Why I dislike Jerusalem Day

I wish I could get past Yom Yerushalayim, but most years, I just cringe.

It’s one thing to have Jewish sovereignty and access and power, but it is also important that we exercise all justly and for the sake of peace. Everyone’s got a point to make, and it rarely gets done with the other side in mind (“Jerusalem in tumult, 9 dead in Gaza, as Israel and Hamas exchange fire,” online only, May 10).

It’s such a waste of energy to point fingers and say, “They throw rocks, or they march ‘in your face’ through the Old City waving flags and shouting insults.”

Tensions are unusually inflamed this year because it’s Ramadan and because the government is seeking to evict residents of Sheikh Jarrah. Davka, why now? (And if we’re trying to extend sovereignty there, one can point to plenty of  competing claims ignored on the other side.)

Meanwhile, the PA canceled West Bank elections because they know they would lose, and Hamas picked this time to start lobbing rockets into Israel from Gaza.

Just because we can doesn’t make it right.

Jerusalem will still be there tomorrow, along with all its problems and challenges and beauty. So once you’re finished making your point, everyone’s got to find a way to live together. Why not start on Jerusalem Day (which was May 10 this year) of all days? Halevai. That would be a fitting point to make on Yom Yerushalayim.

StandWithUs has called for an investigation to determine if the Associated Students of Pomona College resolution “Banning the Use of ASPC Funding to Support the Occupation of Palestine” was publicized to the entire Pomona College student body for an open-comment period at least one week in advance of the student senate’s vote on the resolution (as required by Article IX, Section 2 of the ASPC Senate bylaws).

If the ASPC senate engaged in duplicity and violated its protocol, the resolution must be invalidated on procedural grounds, according to StandWithUs.

It should be borne in mind that the resolution states it was authored by Claremont Colleges Students for Justice in Palestine and the Claremont Jewish Voice for Peace. The political agenda of these groups is clearly reflected in the false assertions that form the basis of the resolution.
You can read these hateful assertions at tinyurl.com/pomona-res (the final version of the ASPC resolution).

A victory press release from one of the resolution’s authors, Claremont SJP, stated, “This resolution is by no means the end of the Pomona College and Claremont Consortium community’s responsibility to push for total divestment from the Israeli occupation of Palestine. Adopting this amendment is an important first step in reducing our complicity with a country that maintains an illegal military occupation and regularly commits crimes against humanity against the indigenous Palestinian population.”

When did enacting duplicitous foreign policy that makes Jewish students feel unwelcome and unsafe become part of the mission of the ASPC?

No such thing as a free lunch

I have one thing to say to J. correspondent Drew Himmelstein, who wrote the column headlined “Stop Packing Lunches! It makes life better for everyone” (April 26).

There is no such thing as a free lunch.

This is the core idea of economics, and definitely something one would want to teach one’s children.

First of all, the taxpayers are paying for all those sandwiches, apples, cookies and milk that her kids are getting for “free.” That is you and me — the taxpayers!

She says giving the lunch to everyone removes the stigma of the kids who are poor.

What is wrong with a little stigma? That is life! Parents need to work, and they need to get out of bed and make the lunches before school, at least until the time that the children can learn to fend for themselves in making lunch.

I shudder to think of these spoiled brats in the public school she describes, and their entitled parents. Why should the rest of us have to pay for their food?

What is coming next? Universal free child care? Universal basic income? Free contraceptives for all? Followed by free college?

Who is going to pay for all this “free” stuff?

As a nation, we can’t afford it!

Teach your children well, using your own good example. Make their lunches with love and care. And when they are a little older, teach them how to assemble their own sandwiches and cut up their own fruit. Some day they will be capably self-reliant. They might even make you a special lunch on Mother’s Day! 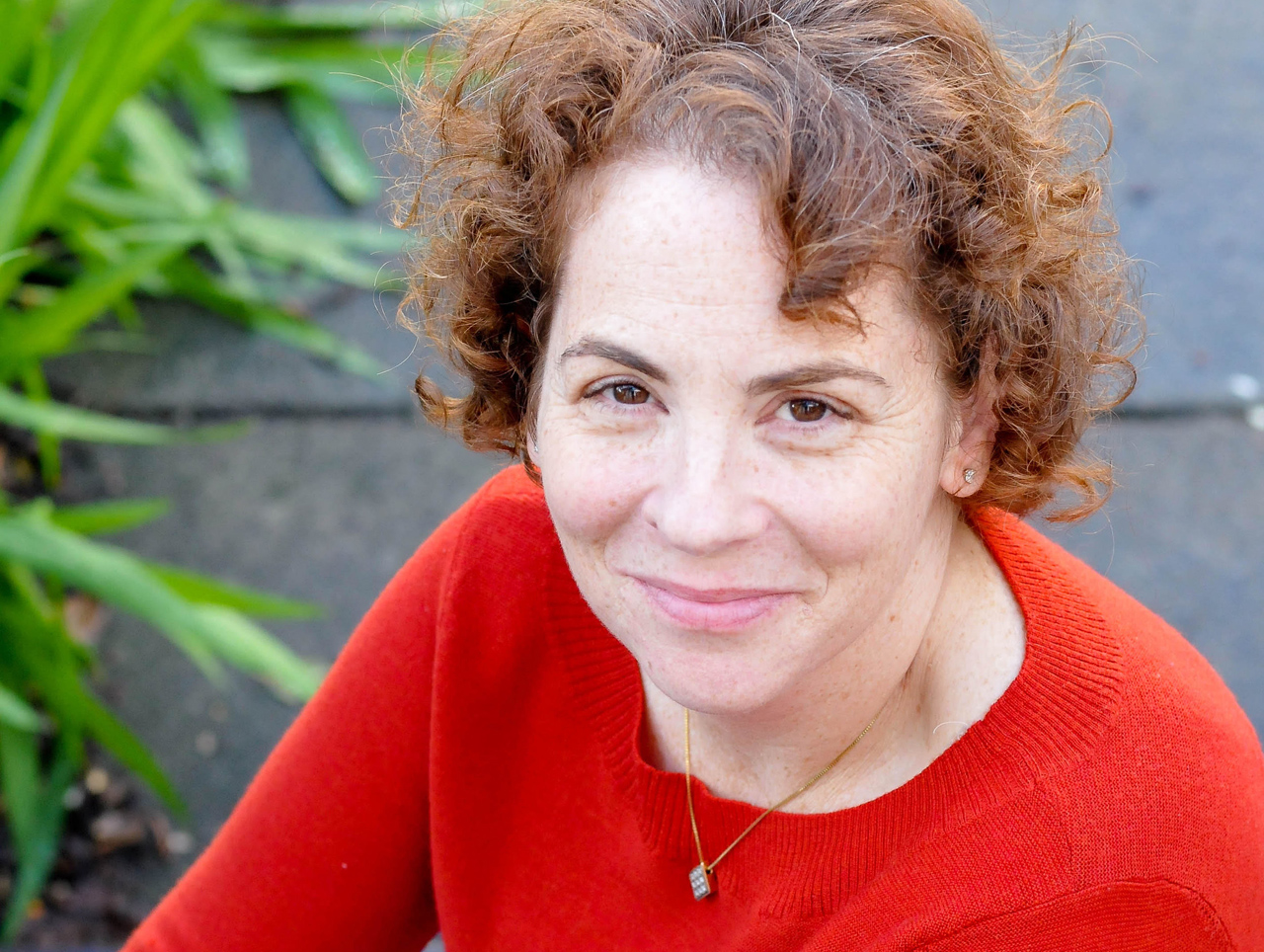