The Jewish community has obsessed over the slow-toned narrative beats of haredi life on “Shtisel,” and criticized the escape-from-ultra-Orthodox-Brooklyn plotline of “Unorthodox.”

At the same time, the unscripted/reality show trend continues to barrel through television culture. Now “My Unorthodox Life” — a new, unscripted show that will drop July 14 on Netflix — strikes at the nexus between these two worlds.

The show is about a mother-of-four, Julia Haart (formerly named Talia Hendler), who left her ultra-Orthodox community in Monsey, New York, and within seven years became CEO and co-owner of Elite World Group and creative director of its fashion division.

Julia shares small pieces of the journey she has made from dressing modestly and wearing sheitels (wigs for Orthodox wives) to donning on-brand heart-shaped sunglasses, miniskirts, jumpsuits and hot pants. Her revealing fashion proclaims her self-reinvention and displays her newfound freedom as she ambitiously runs her businesses and tries to influence her children’s lives.

“I was covered my entire life, so every low-cut top, every miniskirt is an emblem of freedom,” she says in the first episode.

The unscripted production is slick and there’s an interesting core story: Julia’s goal to liberate and empower people in a way that she thinks allows them to be the most authentic and free versions of themselves.

At Elite, a talent media conglomerate, Julia encourages clients to become influencers and start their own brands, to revolutionize the modeling industry and to expand career life.

What Julia has managed to achieve career-wise in about seven years in her 40s is impressive. The show illustrates her self-confidence and ambition in a manner that may seem unbelievable to those of us who have spent seven years working hard and yet not becoming a key player in a global company.

“I had no money. No margin for failure,” Julia says in a release distributed by Netflix. “I had to succeed — for my sake and the sake of my children. And I did.”

In many ways, “My Unorthodox Life” is a typical reality show in the ways that it manipulates the audience, such as by using ominous music to indicate a dramatic scene.

But some scenes seem inauthentic and over-orchestrated.

One example of a scene that seems particularly unnecessary is when Elite’s chief operating officer Robert—Julia’s second in command and her constant companion—has to babysit Julia’s sister’s kids.

Elsewhere, “dramatic moments” fail to deliver: Will weather prevent the Haarts from taking their helicopter to the airport before their Paris Fashion Week trip? (Is this a real problem that rich people have?) When a young, married couple gets fertility tests, what will they discover? (Nothing, really.) And what happens when one of Ima’s bags goes missing and she doesn’t have an Hermes outfit for the Hermes show? (Julia on the show: “You can’t wear Louis Vuitton to an Hermes show.” Me to an empty room: “Of course not.”)

Julia is the consummate meddling mom who rails against fundamentalism as an excuse to orchestrate life for the people she loves. She’s ambitious and devoted to her business, sometimes at the expense of spending time with her husband. She entraps Robert into meeting with a matchmaker, even though he said he’s not ready to be dating.

She talks about not wanting to hurt or embarrass family members with her memoir, but wrote some incredibly graphic scenes about her sex life and gave them to her kids to read.

She wants others to experience freedom the way she defines it. For example, her youngest son, Aron, self-identifies as a “black hatter” and wants to remain in Monsey’s world of Torah, but she wants him to be part of the outside world. And when a young woman is on the verge of leaving her religious community, she wants her to find empowerment through makeup and wardrobe makeovers.

While I can appreciate her embrace of a world she was denied, the imposition of her “freedom” on others struck me as its own version of oppression.

What the Monsey community would pronounce as profane is sacred freedom to Julia; she doesn’t compromise or censor herself. She advises her daughter and son-in-law to role play and change up positions to keep things sexually exciting. She recommends women use vibrators because self-knowledge includes knowing what brings you pleasure. She drops f-words galore.

We’re not in Monsey anymore.

When Julia meets with her book editor, she says her memoir isn’t really about Judaism, but about fundamentalism, and is therefore relatable to people from “any fundamentalist upbringing, any lifestyle where women are less than.”

While some ultra-Orthodox Jews might object to being tabbed fundamentalist (if they ever happened across this show, which they might not), there’s no denying the seriousness of one of Julia’s declarations to the camera: “If I hadn’t left the day I did, I would have killed myself.”

Most TV and big-screen depictions of ultra-Orthodox communities focus on their restrictions and resulting conflicts.

But “My Unorthodox Life” deviates from this “Orthodoxy as oppression” script in its depiction of a relatively healthy co-parenting situation after Julia’s departure. Though he stays in the community, her ex-husband understands what his family members need and comes to terms with it. The worlds are separate, and the ex-spouses each live within their own comfort zones, with the kids landing at various points on the religious spectrum between them.

I was covered my entire life, so every low-cut top, every miniskirt is an emblem of freedom.

Daughter Batsheva — whose style and vocal inflections render her a little bit Alexis Rose (“Schitt’s Creek”) and who is identified in the press kit as “a TikToker” — wants to dress modern, but her husband, Ben, tells her he needs some time to come to terms with it religiously. Son Shlomo has just started dating, and has trouble removing his date’s bra (Congrats, Shlomo). Daughter Miriam, who is bisexual and an app creator, seems the most comfortable within her mother’s new world, especially when it comes to her prolific dating life.

“I don’t think I should stop doing what I want based on what society thinks is too much,” Miriam says after a makeout session at a party with a girl she’s dating. “I’m just trying to be myself and that’s what’s most important.”

The overlay of Judaic touchpoints in the show’s narrative is both baked-in and, at points, superficial.

For instance, when Paris Fashion Week overlaps with Sukkot, aside from an outdoor meal in a sukkah in a 12th-century castle rental, there’s no conflict for anyone who’s present, even Julia’s religious sister and family. Perhaps that’s because money makes all observance possible anywhere, or maybe it’s a reflection of how Julia relates to Judaism: acknowledging its presence, but giving it no control or real influence on what she says or does. But by the end of the series, Judaism gets a bit of PR redemption. “That’s the nice thing about Judaism in general,” Julia’s ex tells his son in a conversation about his Jewish observance. “It’s not one-size-fits-all.”

In one scene — an overly dramatic funeral-at-sea for a friend’s insecurities — Julia invokes the ritual of tashlich, in which bread pieces (representing sin) are symbolically cast into a body of water.

In this moment, Julia takes something she found meaningful during her upbringing (amid the oppression) and brings it into her current life.

Those of us who grew up with a deep Jewish education may not call on those moments in daily life, and very likely do not have “insecurities funerals” in a Jewish framework. But moments like these in “My Unorthodox Life” remind us that we can use the things we’ve learned as tools to shape meaning for ourselves, and others, in whatever world we live. 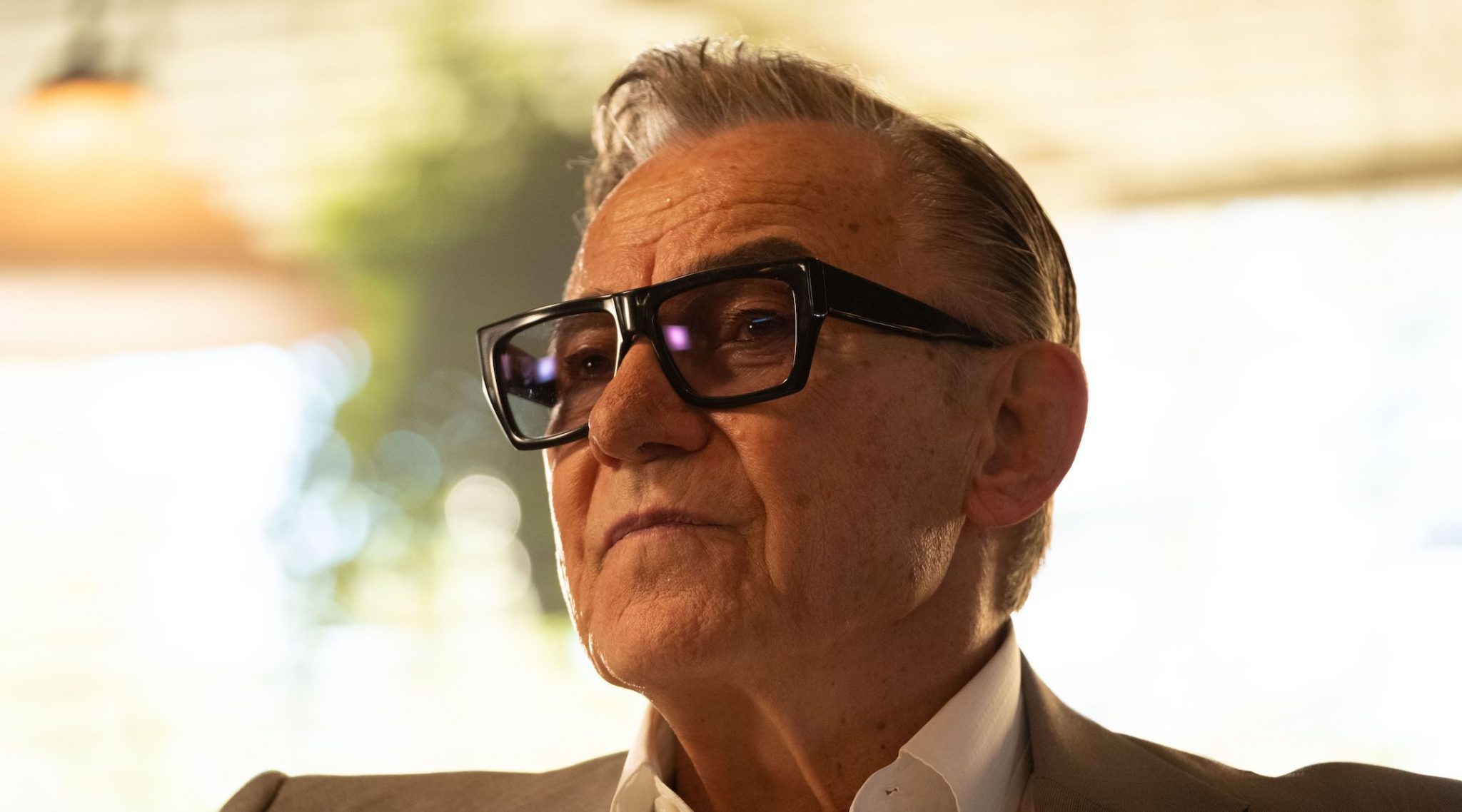 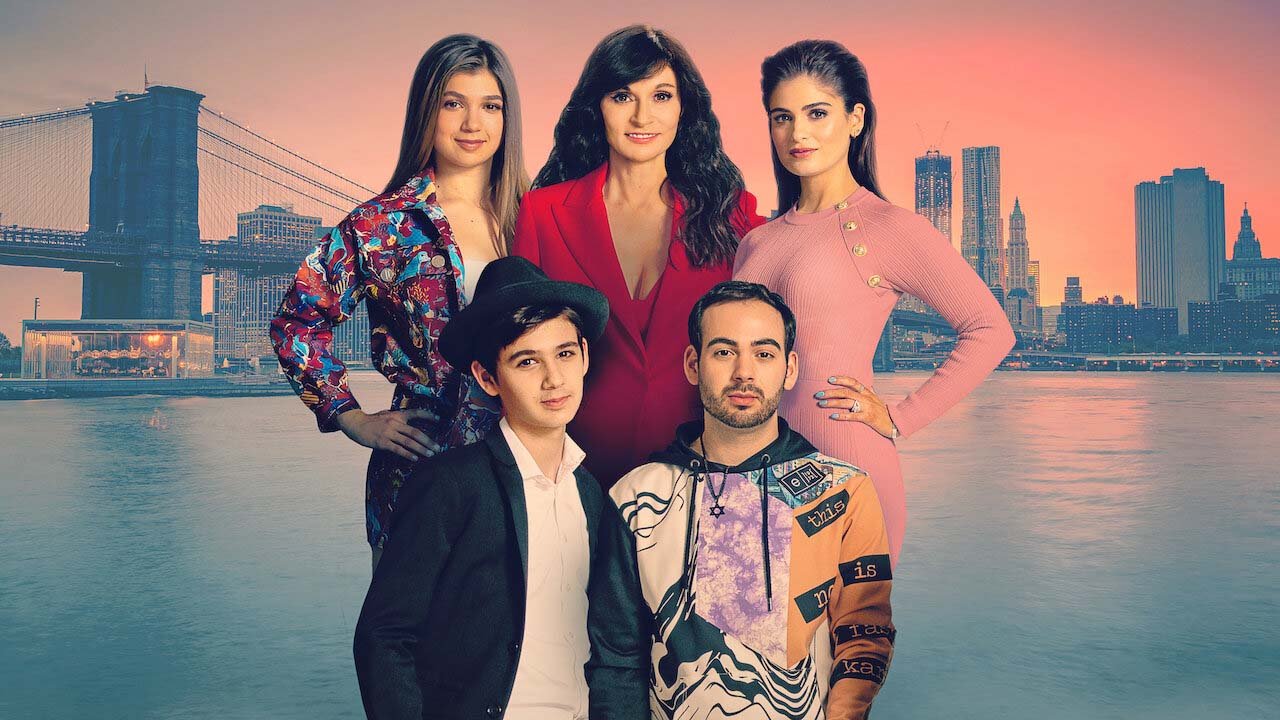 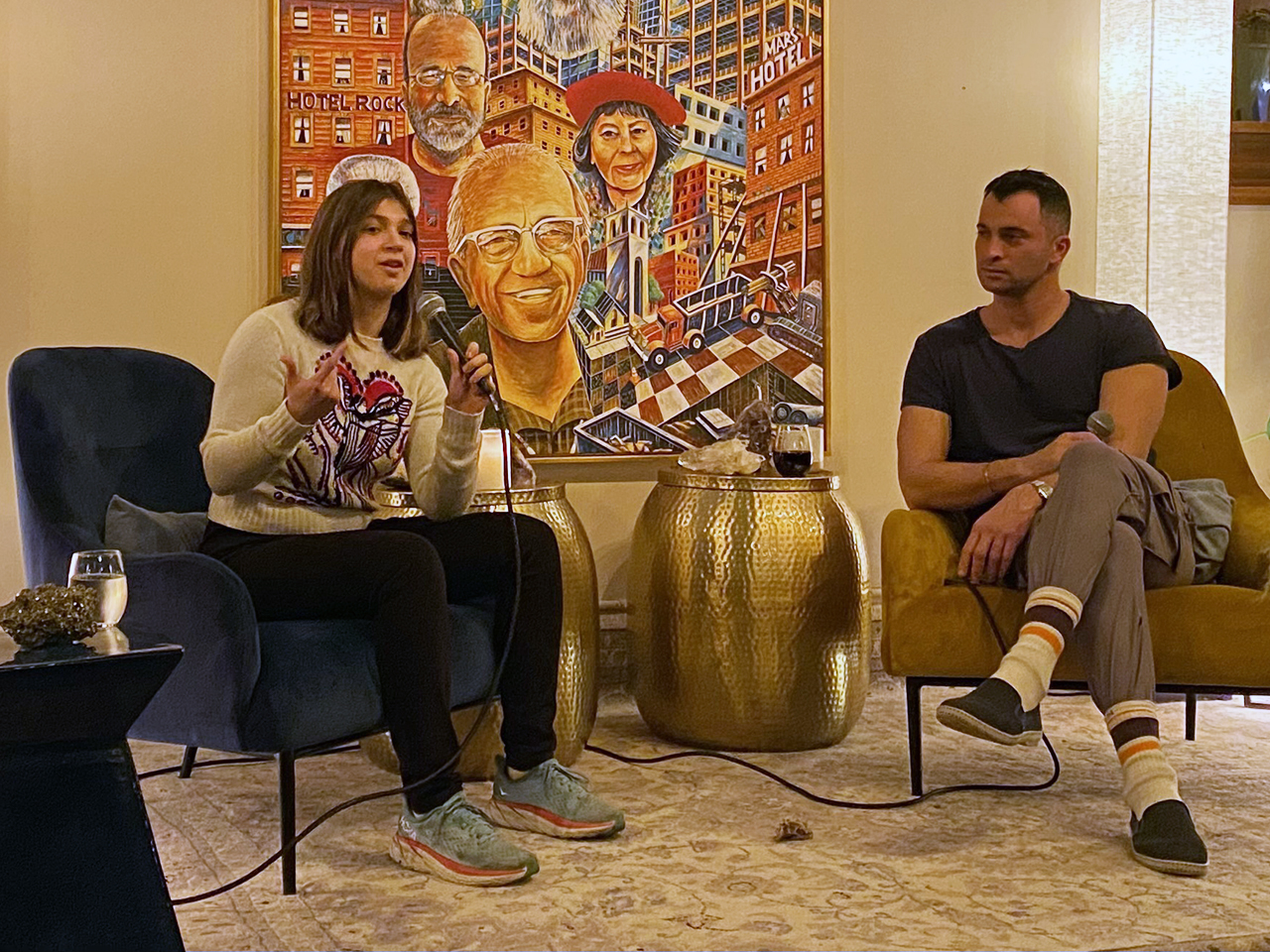