As climate coordinator for Oakland, Shayna Hirshfield-Gold took the lead in creating the city’s new climate action plan and recently was awarded a NextGen Public Service Award for advocacy. “Most of these awards go to leaders of federal agencies, with only two awards nationally for local government staff,” her supervisor noted, adding that Hirshfield-Gold’s ideas and programs are “transformational.” She lives in Oakland with her husband, Raphael Gold, a violist, and their two children.

J.: In the Oakland 2030 Equitable Climate Action Plan, it says, “Oakland cannot afford not to lead the fight against the climate crisis.” Why?

More than that, we can’t afford the devastating impacts that the climate crisis has on our communities, especially those that are historically underserved. We can’t afford the impacts, but we can’t afford to not be at the forefront of the fight. We have the resources and the ingenuity, and we live in a place where … we don’t have to waste time convincing people what’s right in front of our noses. The community in Oakland is ready to lead; it’s up to government to partner with them in doing the right thing.

Why is “equity” now part of the conversation about climate change?

You couldn’t have climate change if we weren’t in systems that consider some to be expendable. If we didn’t consider certain people and communities to be expendable, we could never have landfills, plastics factories, e-waste, strip mines and coal factories in the way we do.

When we first found we could burn coal in great quantities, we didn’t right away realize the negative impacts of doing so, but pretty soon we did, and it kept going on anyway. That’s because certain people were considered expendable. These things are inextricably linked, so the solutions need to be linked, as well. We can’t have solutions only available to those who can afford them. We’ll never get out of the mess that way.

The plan says Oakland was an important player in the 2015 Paris Agreement. How?

Mayor Libby Schaaf was there [among] city leaders arguing for the important role of sub-national actors. Up until a few years ago, people were talking about what national governments needed to do, but they haven’t been able to move fast enough. Local governments are more nimble and have to be more responsive to the critical needs on the ground, like public transportation, for example.

Does the NextGen Public Service Award mean you will be invited to the next global climate summit?

I doubt it. You don’t get a job with local government for fame and glory. It’s all about serving the greatest needs of our community. I hope this award can raise awareness that climate justice is a critical government function. Maybe it will help me make that case with my peers and higher-ups.

There are 40 items on the plan’s “list of actions” that Oakland can do. Some are obvious, like making public transit more “abundant, affordable and accessible,” some less so, like neighborhood car sharing. Are all realistic goals by 2030?

Yes they are. And [each has] different levels of action. The city’s first climate plan, developed between 2009 and 2012, had 175 actions focused on what needs to happen, but was less focused on “is this really feasible?” With the ECAP, we were focused on what is needed [but] we also have to be realistic in what we can accomplish with the resources we have and what is within our sphere of control.

How did you enter this line of work?

I entered graduate school interested in poverty work and child welfare. But the more I studied, the more I was drawn to environmental justice. I started to see the links between our connection to the Earth and how we’ve treated it as related to resource extraction, and how that’s connected to poverty and social inequity. When I first started to think about poverty and how it’s related to climate change, that was a bit of a revelation.

Judaism has a lot to say about taking care of the environment. How do you see it in your own life?

My family instilled in me the concepts of tikkun olam (healing the world) and tikkun adamah (taking care of the Earth). One of my favorite quotes is from Rabbi Tarfon, who said, “It’s not up to you to complete the task, but nor are you free to turn away from it.” Climate change is so overwhelming and urgent, we can’t not deal with it, but at the same time, we can’t address it on our own, or even address it in our lifetimes, which is profound, terrifying and comforting. The Jewish people … are nothing if we’re only thinking about our own people. We have to stick together, yes, but also fight against injustice against all people. 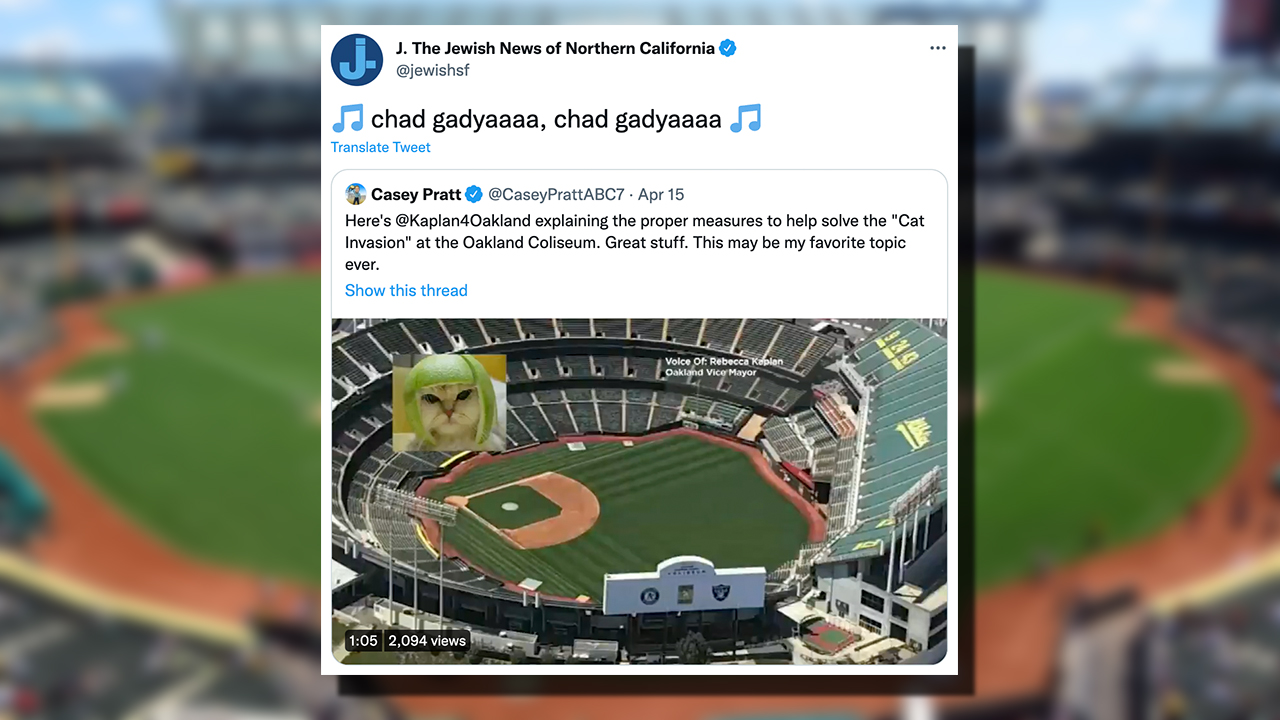