In May, as the latest violent Israel-Gaza conflict heated up, Ty Kelly did something he could never do in any other professional baseball dugout: He turned to some teammates to learn more about the situation.

Kelly, a 32-year-old currently playing for the Tacoma Rainiers in the Seattle Mariners’ minor league system, was in Arizona for a training camp with the Olympics-bound Team Israel squad.

Most of the 24 men on the team are, like Kelly, American Jews who have obtained Israeli citizenship to play for the team in Tokyo and in other international tournaments. Four, however, are Israeli-born players who have emerged from the country’s nascent baseball scene and Kelly, who was feeling caught between sides of the public discussion of Israel, wanted to hear from them.

Kelly, who has spent most of his professional career in the minor leagues but had major league stints with the New York Mets and Philadelphia Phillies, approached his teammates before practice with a question: How did they feel about the continual Israel-Gaza violence, as people with personal stakes in it?

Some of Kelly’s fellow American teammates gathered round to hear the discussion. Most of the Israeli players criticized Hamas — the militant group that rules the Gaza Strip that the United States and Israel consider a terrorist organization — but at least one also criticized some of Israel’s actions. They also talked about hearing from their families, who were in and out of bomb shelters.

“You’re only going to get the side of whoever you’re going to. So I wanted to talk to the Israelis,” Kelly said on the phone from a hotel lobby in Las Vegas, where the Rainiers had traveled for a series of games. “It is nice to hear that there are multiple sides, even from Israelis, and that it’s not, you know, always just that whatever Israelis do is perfect and they can do no wrong. But obviously it also doesn’t mean that liberal outlets are covering everything that is truthful, or whatever. So I think it was really good for everyone to hear.”

The moment underscored Team Israel’s unique power. Beyond being one of just six national teams competing in the Olympics and having a decent chance to medal, thanks in part to the presence of Ian Kinsler, a former major league All-Star, the team has also bound together different types of Jews from the baseball diaspora into a tight-knit group — and pushed several of its American members to get more in touch with their Jewish identities.

Kelly, for example, was born to a Catholic father and Jewish mother in Dallas and grew up playing CYO (Catholic Youth Organization) basketball, eventually attending a Catholic school. His family celebrated both Christian and Jewish holidays, but he didn’t feel a strong connection to either, or to religion in general.

“I never put together that there was anything conflicting in there just because I assumed that every person in the world was American and lived exactly like I did,” he said.

Kelly is one of several players with at least one Jewish parent whom Israel Baseball Association President Peter Kurz has scouted over the past decade as candidates for the team. His trip to Israel, the process of obtaining citizenship (which involves providing family history records to prove one’s Jewishness) and becoming close friends with many of the Jewish players on the team have all made him feel a lot more connected to Jewish culture.

His mom’s side of the family, some of whom live in Florida, has kvelled over his participation on the team.

“Getting to sort of rediscover everything and kind of get closer to Israel and to Judaism, to the Jewish people — it’s been so cool,” he said. “Hanging out with my mom’s side of the family … everybody has stories of either Hebrew school or friends in Israel, like ‘you have to go see this person the next time you’re in Israel.’ I think it’s been really cool because they’re all so proud of me. And [they’re] so happy to have more of a tie to Israel. They’re all so proud to be Jewish.”

These days, he lives in Los Angeles in the offseason — where there are, in his words, “a lot of people to celebrate” Jewish holidays with. Shlomo Lipetz, one of the team’s few Israel-born players and a pioneer of the sport in his native country, noted in an interview that Kelly’s Hebrew pronunciation, which he practiced on the popular app Duolingo, is spot on. (Kelly has focused recently on Spanish in the app, feeling that he couldn’t become fluent in Hebrew without being in Israel more.)

Some Team Israel players are now invested in helping popularize baseball in Israel, a country where few people are knowledgeable about the sport, let alone play it. Kinsler, one of the team’s de facto captains and its only former major league All-Star, says that’s his “main goal” in playing for the team.

“Medaling for Team Israel would create that buzz,” Kinsler said, and “obviously bring more attention to the sport. So it’s exciting to think about all that.”

The Jewish National Fund-USA’s Project Baseball initiative, which has funded the team for the past several years, is working on building a field complex in the city of Beit Shemesh, which Kurz hopes can host winter leagues in the near future — similar to those in Latin American countries, Florida and other warm places where professional players go to hone their skills in the MLB offseason.

Kinsler, 39, was one of pro baseball’s best second basemen throughout his 13-year career, which began in 2006. He finished one hit shy of 2,000 — an exclusive club with fewer than 300 members. Kinsler is one of the reasons that the team believes it has a decent chance of acquiring a medal in Tokyo competing against only five other teams — the U.S., Japan, South Korea, Mexico and the Dominican Republic. (Many American and Dominican players in the major leagues are not leaving their teams to take part in the games.)

Israel’s first game, against the U.S., takes place on July 30. It will be the nation’s debut in Olympics baseball, which is returning to the Summer Games for the first time since 2008.

Kinsler grew up in Arizona with a similar religious background to Kelly — he had a Jewish father and Catholic mother, and didn’t identify with either tradition, entering synagogues and churches only a handful of times in total. But watching his father compile his Jewish family tree sparked an interest in his Jewish heritage. He learned more about his paternal grandparents, who fled Germany in the 1930s.

“My dad was able to contact the temple in New York where he had his bar mitzvah,” Kinsler said. “It was a lot of work. And it was a lot of phone calls and legwork. But you know, in the end, it was definitely worth it.”

Kinsler made it to Israel to finish the application process in March 2020 on one of the last flights allowed into the country hours before it closed off foreign flights due to the rising spread of Covid-19. He was only there for a few days but thoroughly enjoyed the experience — photos spread on social media of the player holding a shofar like a baseball bat.

“We were up at 6 a.m., and we were going until 10 p.m. Basically the whole week. And we did everything,” Kinsler said about the trip, on which he was accompanied by his wife. “We went to Jerusalem, we went to the Dead Sea … the whole experience was just eye opening and moving. And I want to get back. I want to bring my kids there.”

Kinsler said that in the major leagues, his few fellow Jewish players were familiar with each other and felt a certain sense of camaraderie. For example, on a bus at an All-Star game, Jewish slugger Ryan Braun came up to Kinsler and asked, “You’re Jewish, right?”

But the feeling of being in the Arizona training camp surrounded by only Jewish players was “surreal,” he said. Kinsler, who said he doesn’t follow the news much, added that the Israel-Gaza talk initiated by Kelly was a highlight of the experience.

“There’s got to be a better word than exciting … it felt right,” he said. “It’s just a group of a bunch of really good guys that are enjoying their time together enjoying this opportunity. I guess you can say it was refreshing.”

Some of the players already were more in touch with their Jewishness. Pitcher Jeremy Bleich, a former minor leaguer who played briefly in the majors with the Oakland A’s in 2018 but now works for the Pittsburgh Pirates’ front office, helping players understand and digest takeaways from complex analytics. He grew up in a Conservative and kosher home in suburban New Orleans and has been to Israel four times, including one time through Birthright.

Bleich said this team closer than any he’s been on because of the sensibility formed from the collective Jewish experiences of the players.

“As a professional baseball player, there’s like a buffer period of getting to know your teammates. And in this case, we didn’t need that buffer period,” he said. “That familiarity kind of propelled us forward.”

Throughout the 2017 World Baseball Classic, the team’s mascot — a life-sized Mensch on a Bench — encapsulated the fun that the team had together. It might not be returning for the Olympics, since the man behind the idea, former player Cody Decker, is no longer on the team. But Kelly said it’s not too big a deal.

“That was very much a Cody Decker thing … so I don’t know,” Kelly said. “I feel like everyone probably wants to separate the World Baseball Classic from this, since it’s so much of a new team also. But I mean, if [Decker] happens to make his way out to Tokyo … we can use any support that we can get.” 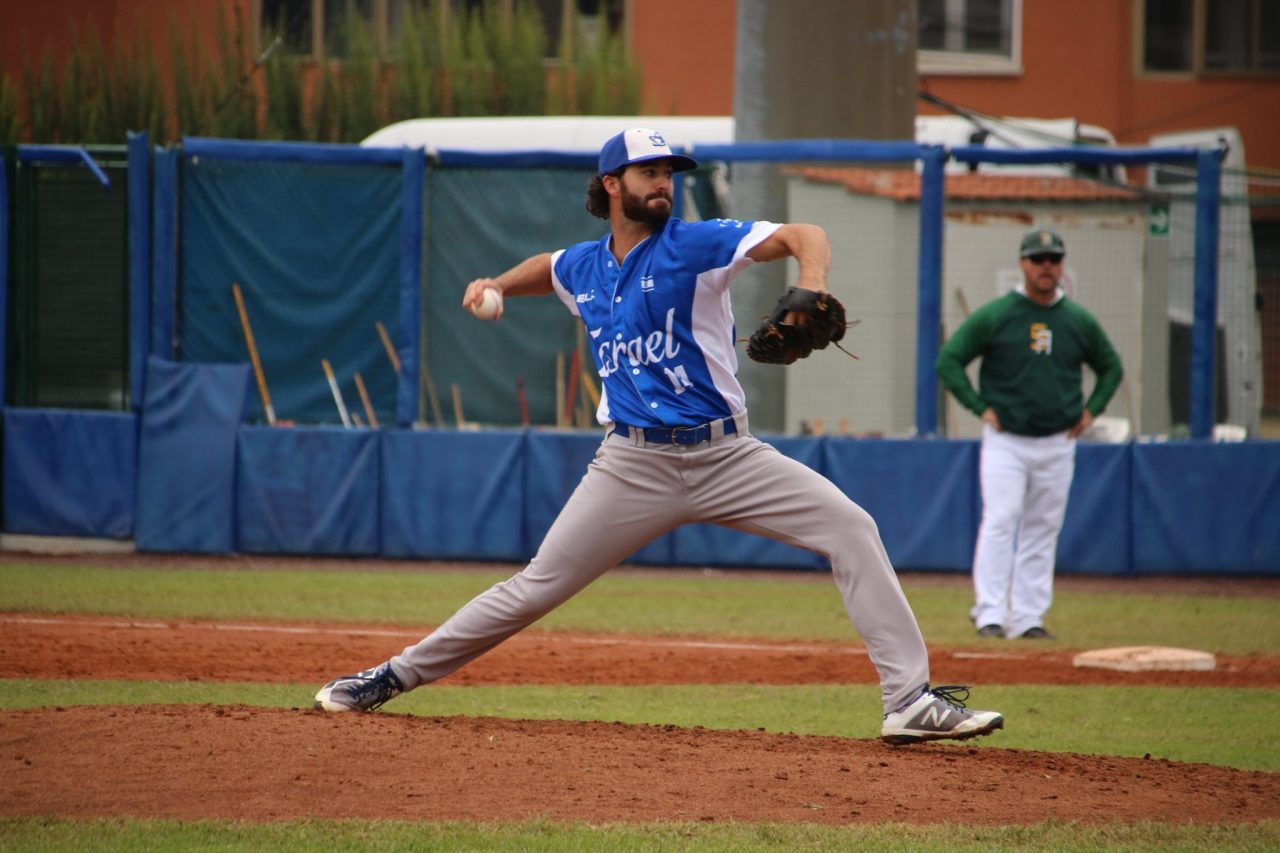 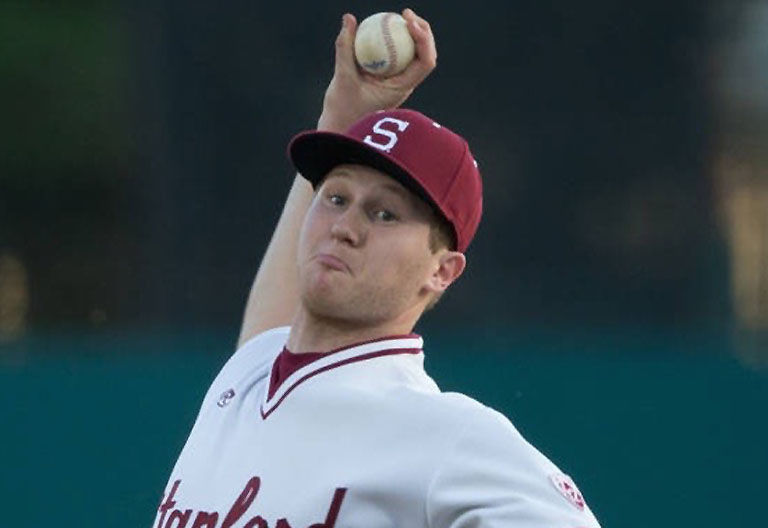 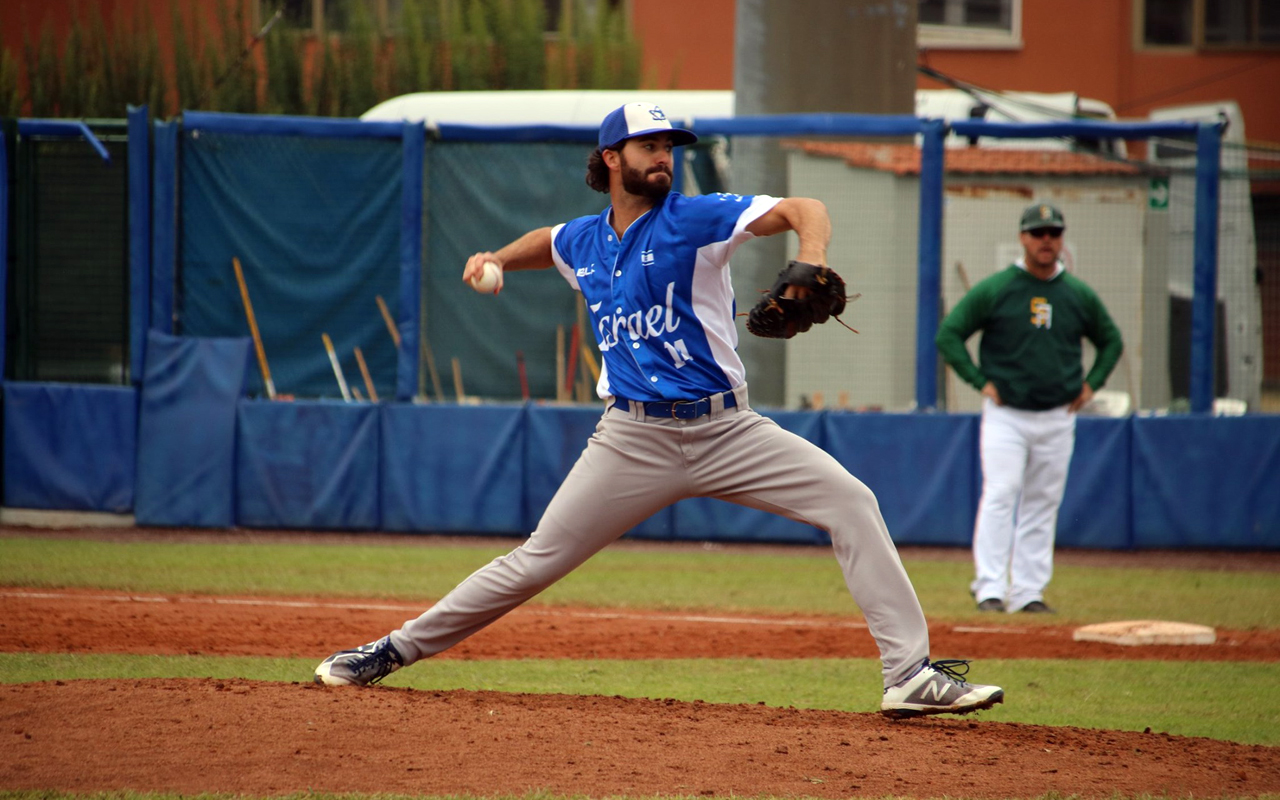 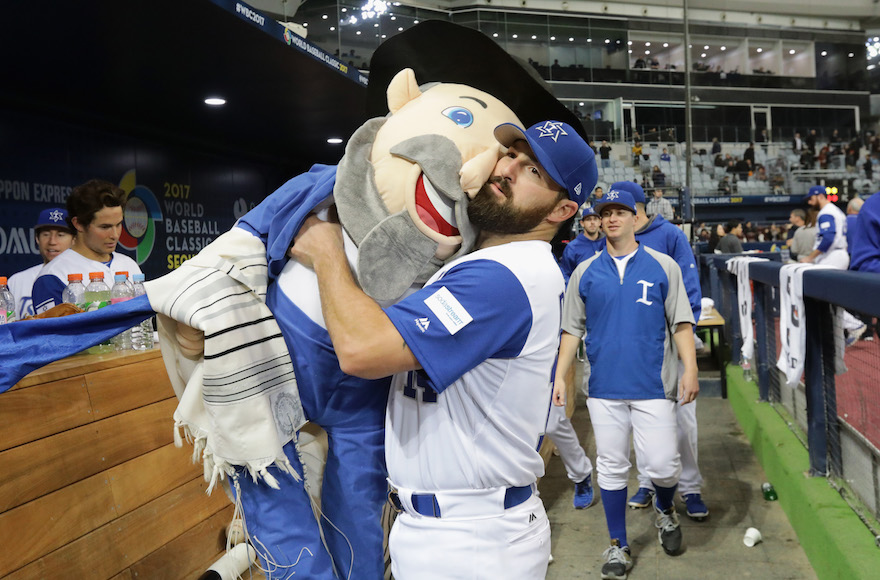