Ronald C. Wornick got a lot done. He turned an MIT degree in food science into a sterling career as a corporate executive and business owner, creating thousands of jobs. He headed a large and loving family. He was an accomplished woodworker and art collector. He sat on scores of Jewish community boards, and he became a high-impact philanthropist.

Yet nothing made him happier than interacting with students at the Foster City Jewish day school that has borne his name since 2004. Wornick died July 31 in San Francisco after a long illness. He was 89.

“He never left anything half done,” said his son Kenneth Wornick. “He self-assigned huge projects in every sphere of industry, philanthropy and art.”

Mervyn Danker, who for 11 years served as head of school of the Ronald C. Wornick Jewish Day School, extolled his friend’s qualities of “civility, refinement and understanding. He had old-school Jewish values of being concerned and interested in people. He was a man who personified the word gentleman.” And above all, he said, Wornick was humble.

Born in 1932 the son of Russian Jewish immigrants, Wornick grew up in the Boston suburb of Malden. As a teen, he loved music, leading him to form his own dance band. It was as a trumpet-playing frontman that he met his future wife, Anita Lev, to whom he would be married for 65 years.

Wornick graduated from Tufts University, then joined the Army. A placement in an Army food lab spurred his interest in food science. He would go on to earn a master’s in the subject from MIT.

While still a grad student, he landed a job at United Fruit Company, helping to eradicate a soil fungus harmful to the banana crop in Central America. The company promoted him, and he soon rose up the ranks of senior management. His career further took off when he bought from the company a freeze-dried foods factory. Eventually, Clorox bought his company in order to acquire Wornick as an executive.

“When he retired from Clorox in 1981, he bought the business back and then built it into the largest supplier of military rations to the U.S. government,” his son said.

It was the Wornick Company that created the product that replaced the military’s C-rations with the ubiquitous MRE (meals ready-to-eat). The company also developed MREs for humanitarian use, including kosher and halal meals. In 1995, Wornick sold the company to his employees.

Throughout his life, Wornick always pursued various interests. He became an expert woodworker, furniture craftsman and artist. He and Anita became renowned collectors, and also endowed a permanent annual woodworking prize at the California College of the Arts.

But it was as a Jewish community leader and philanthropist that Wornick perhaps made his greatest mark. A visit to his ancestral Russian village, Kobrin, which had lost most of its Jews to emigration and the Holocaust, was a turning point. So, too, was his first trip to Israel in 1974.

“After my father went to Israel, he came to understand the wealth of 5,000 years of Torah study,” said Ken Wornick. “He immersed himself in Torah and Talmud, and became quickly convinced this was material that not only improved the lives of everyday people but could possibly save the world.”

Wornick served on the national board of the Jewish Joint Distribution Committee, Clal (the National Jewish Center for Learning and Leadership) and Jewish Education Services of North America. Closer to home, he sat on the boards of the Bureau of Jewish Education, the Jewish Home of San Francisco, the Contemporary Jewish Museum, Koret Israel Economic Development Funds and the S.F.-based Jewish Community Federation. Supporting AIPAC to ensure a thriving Israel also was of paramount importance to Wornick.

However, he will forever be linked to the Foster City school named for him.

The North Peninsula Jewish Community Day School opened in 1986. Housed in a San Mateo public school, it was in danger of losing its lease by the late 1990s. It took the intervention of several local Jewish philanthropists, among them Wornick, Tad Taube and Bobby and Fran Lent, to save the school and build a permanent home. Said Danker, “Ron rescued us.”

In 2004, the school was renamed the Ronald C. Wornick Jewish Day School and moved to a new location on the North Peninsula Jewish Campus in Foster City, where it remains to this day.

Adam Eilath, the TK-8 school’s current head of school, remembers his friend warmly, noting that Wornick made a point of visiting often. “He loved students and loved learning,” Eilath said. “He had a real thirst for knowledge and it really excited him.”

Eilath recalls a visit last year at which Wornick met students in a science class. Wornick, he said, never talked down to the kids. “He humbled himself before students,” Eilath said. “He made them feel like they were the most brilliant people in the world. He could make a first-grader feel like a giant.”

Added Danker: “Over the years, nobody has reflected the school better than Ron Wornick. He was proud of the fact that the school is named for him. We were blessed, and we could thank him every day of every year.”

Ken Wornick remembers his father as a supreme role model. “His wife and children felt that there was a standard to meet at all times. He was extraordinarily inspiring. He never told us what to do, but it was clear we were to follow his example. He believed in the power of the individual, and he did everything he could to empower individuals.” 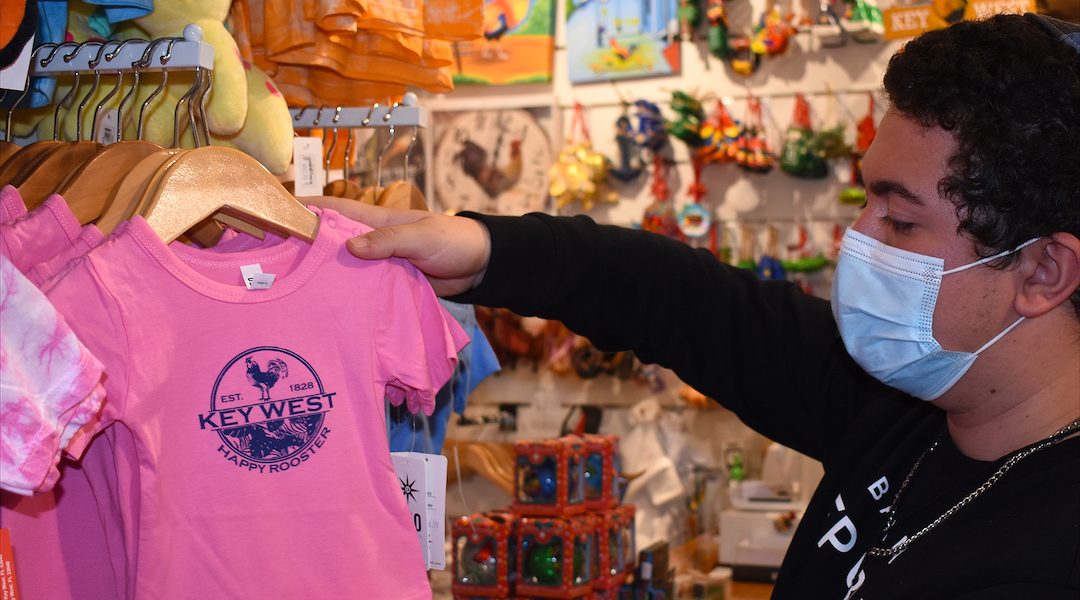 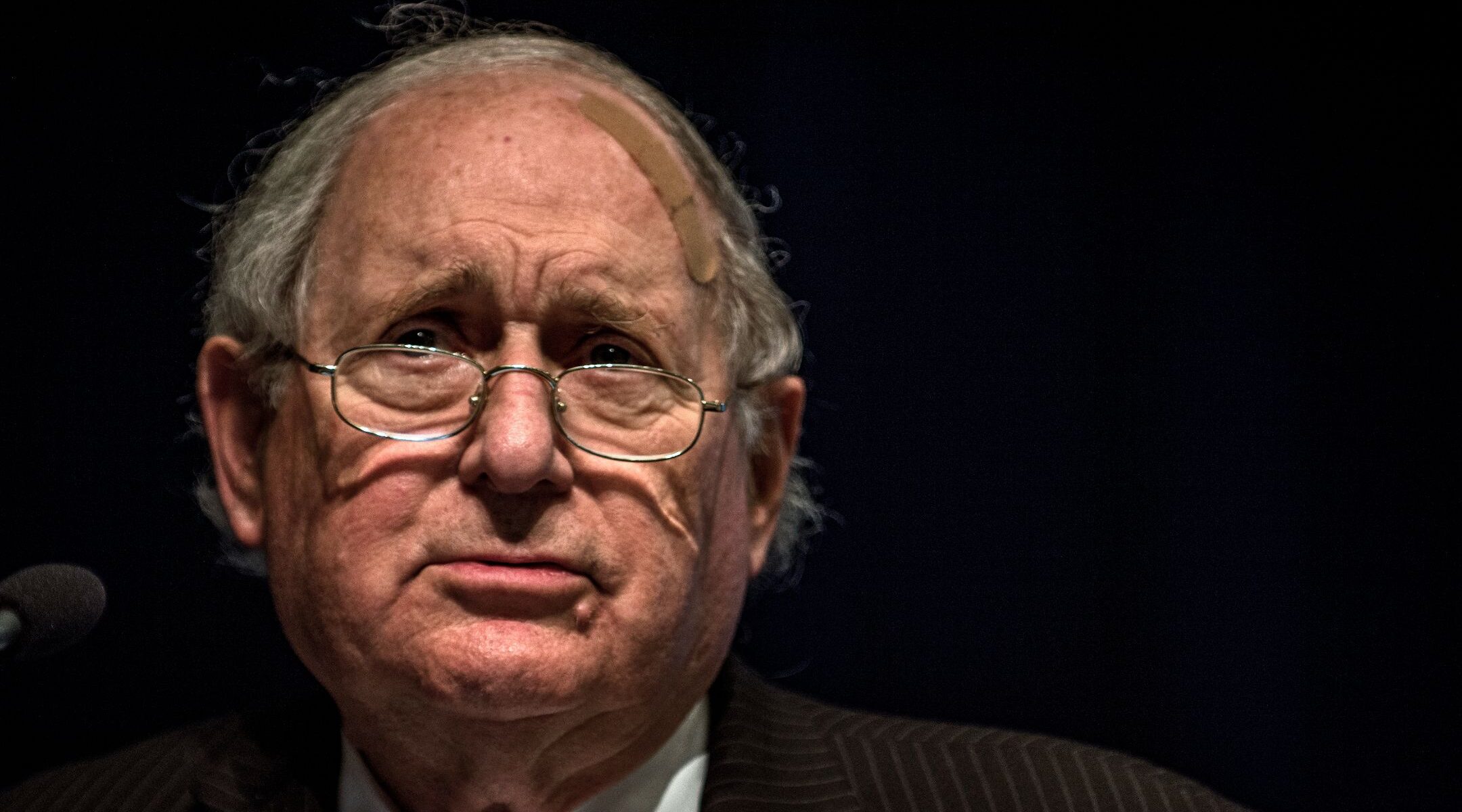