Our 20-week ultrasound was scheduled on a Friday morning, during the intermediate days of Passover, and we looked forward to the appointment with eager anticipation, anxious to see our child’s face for the first time.

After a miscarriage a little more than 7 months prior ended with a dilation and curettage procedure, we were elated that this pregnancy was going well; there was a little scary spotting during the first few weeks, but our doctors had indicated no reason for concern.  We had even scoured the web for a little April Fool’s joke to play on our parents — high-definition ultrasound images of pregnant dolphins and elephants to send as email attachments under the subject heading “We’re having a…”

We couldn’t have known then, as the ultrasound technician prepped Dena for the exam, spreading the cold gel on her belly, what the next months held in store for us.  A few minutes into the exam, the technician left the exam room. She returned a few minutes later, now accompanied by the physician who furrowed his brow in a look of serious concentration. We noticed on the screen that he was measuring and remeasuring a structure in the fetus’ brain. He exited without a word while the technician instructed Dena to get dressed. Instead of giving the results in the exam room, he called us into his office where a medical textbook sat open on his desk.

He explained to us that the ultrasound had shown an irregularity in our baby’s brain structure. The ventricles that drain cerebrospinal fluid were enlarged; normally they were 6 millimeters; in our child, they were double that size. That finding, he explained, meant that our child was at heightened risk for a host of disorders, ranging from Down syndrome to much scarier outcomes. There was also a remote chance — one in a thousand, he said — that the baby would be completely healthy. We needed more testing and soon; Pennsylvania, where we lived at the time, did not allow pregnancy termination after 24 weeks.

Instead of concluding Passover in joy, we spent a tearful weekend anticipating amniocentesis and Googling scholarly articles on “mild isolated ventriculomegaly.” We scheduled a battery of tests at one of the best children’s hospitals in the country and began to settle into a period of anxious waiting.

The whole time we were aware of the deadline set by the Pennsylvania Legislature. We had just four weeks to gain as much information as we could and decide whether we were going to carry this child — whom we so desperately wanted — to term.

We were blessed; test after test came back negative. Finally, after Dena spent hours in a fetal MRI machine at the Children’s Hospital of Philadelphia, our doctor told us that the cause of the ultrasound finding was likely benign — a mysterious blip during early brain development. Over the following months, we returned for follow-up ultrasounds and watched in amazement and profound gratitude as our child’s ventricles returned to the normal range. In August, our beautiful, perfectly healthy daughter was born; our wise pediatrician told us to put the whole affair behind us.

Today, when we watch our daughter — a bright, joyful, 8-year-old who goes to ballet class and sings with the San Francisco Girls’ Chorus — we often wonder what would have happened if our day in Philadelphia had turned out otherwise. It was entirely possible that we would have left the hospital knowing as little as we had known before: that we had a substantial risk of bringing a child into this world that might know only suffering and death.

Would we have carried such a pregnancy to term? We do not know. We do know, though, how outraged we were to have an artificial deadline imposed by the state.

Women who choose to surgically end pregnancies often face unimaginable choices. They are frequently grappling with ethical and religious questions that no loving person should ever have to face. Our Jewish tradition teaches that life begins at birth, and that abortion is permissible in certain situations. We know and respect other people of faith who have different views. The wonderful thing about America is that we don’t enact legislation on religious doctrine.

That is why we were so sad to read this week of the enactment of Texas’ new, highly restrictive abortion policy banning abortions after the detection of a fetal heartbeat. Such laws prevent women — especially those from marginalized and at-risk communities — from making health care decisions that are in the best interests of themselves and their families.

We were lucky. We were financially secure and had support networks that could come to our aid. There were no barriers to the care we needed. If we had needed to fly to another state that provided for abortion after 24 weeks, we would have been able to.  But what if Dena were a single mom? What if our families and communities were not able to offer support? Where would we have turned?

The decision to terminate a pregnancy is a painful, highly personal choice — one that parents should be allowed to make in consultation with their physicians and spiritual counselors and without intervention from the state. Texas’ new, highly restrictive right denies families and parents this foundational right. It is now incumbent on the Supreme Court to intervene and protect the liberties that have helped make our nation so great.

J. covers our community better than any other source and provides news you can't find elsewhere. Support local Jewish journalism and give to J. today. Your donation will help J. survive and thrive!
Support J.
Dena Stein and Rabbi Daniel Stein 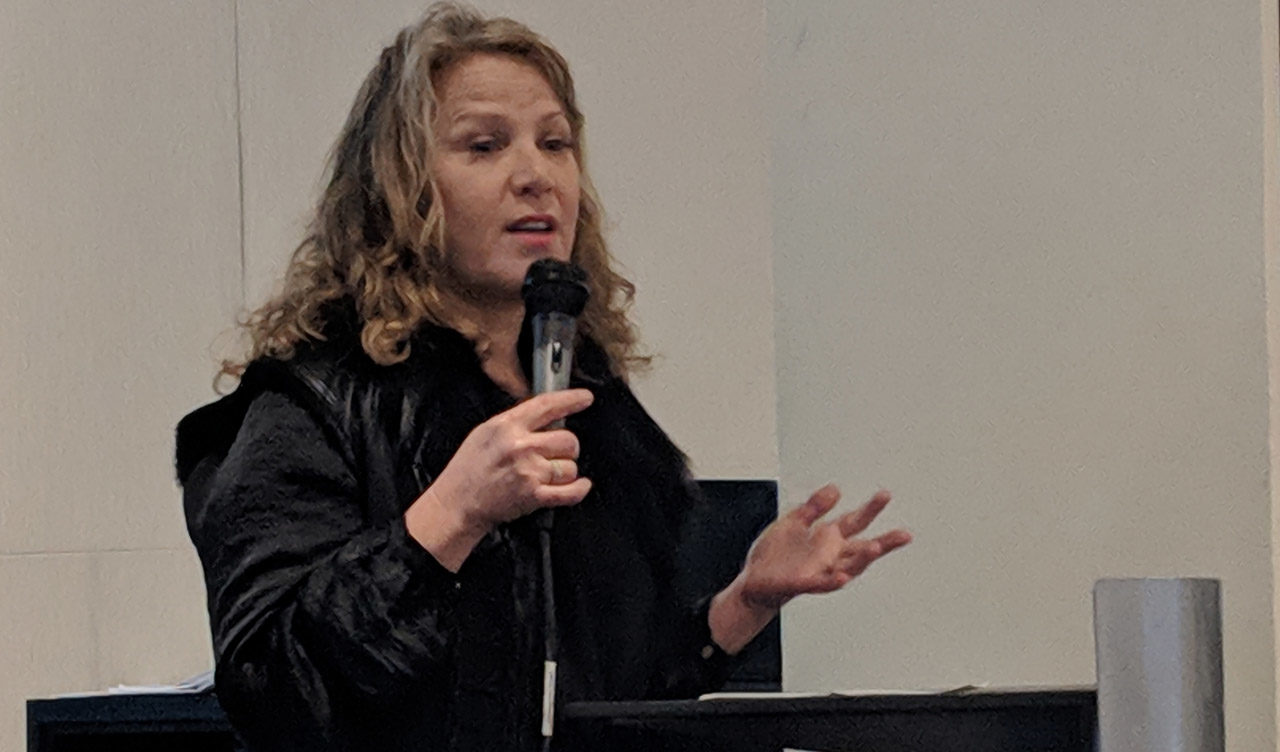