Can a new word — ‘Zionophobia’ — clarify the debate over Israel?

Israel sits in the center of the roiling debate over what is and isn’t antisemitic.

Top Jewish establishment leaders have twisted themselves into knots trying to explain precisely when and how criticism of Israel crosses the line into antisemitism. And even when they draw what seems to be a red line, there are caveats.

Meanwhile, many progressive Jews and Palestinians balk at what they see as frivolous accusations of antisemitism leveled at those trying to stand up for Palestinians suffering under Israeli rule.

Now, a new term has entered the debate, one promoted by pro-Israel advocates who say it can bring clarity to the confusing feud over the definition of antisemitism. Zionophobia — “an obsessive animosity toward the idea of a homeland for the Jewish people” — represents the idea that discriminating against Jewish Zionists is a form of bigotry distinct from antisemitism.

“Zionophobia,” however, seems to have touched off more wrangling — between those who deem it yet another way to delegitimize any criticism of Israel, and those who say it captures the discrimination they experience for supporting the Jewish state.

Judea Pearl, a computer scientist at the University of California, Los Angeles who is active in the campus debates over Israel, appears to have originally coined the term in 2018. But it only drew widespread attention earlier this month after it was used in a letter from University of Southern California faculty concerned about statements made by an engineering student on campus.

More than 65 professors wrote that they were not only concerned with “the continuing instances of anti-Semitism and Zionophobia on our campus.”

The term’s appearance in the letter — and a social media post from the controversial pro-Israel group Canary Mission — quickly drew a mix of mockery and condemnation from pro-Palestinian activists online. Critics seized on the idea that embracing a political ideology like Zionism could make one a member of a group that should be shielded from discrimination.

An Open Letter to @USC & @USCViterbi signed by 64 professors including Andrew Viterbi himself!

"We, the undersigned faculty, wish to register our dismay about ongoing open expressions of anti-Semitism and Zionophobia on our campus that go unrebuked."https://t.co/dMW2Egu1EF pic.twitter.com/tdrwu4RABB

“We are absolutely NOT making ‘zionophobia’ a thing,” novelist Rebecca Podos wrote on Twitter. “Zionists are not an oppressed or marginalized class of people.” Others were more flip: “They keep creating new ridiculous terms,” another user wrote. “Yeah, I’m definitely apartheidphobic.”

But Pearl argued that discriminating against Zionists is a form of religious bigotry aimed at Jews, even if those attacking the movement are not otherwise antisemitic.

Despite this, Pearl said that claims of antisemitism leveled against anti-Zionists are too blunt to capture this form of discrimination because many of those who oppose Zionism are either Jewish themselves or friendly toward Jews outside the context of Israel.

“I see hordes of BDS cronies volunteering to fight for the right of Jewish students to have a Kosher cafeteria, to pray three times a day, and to wear Yarmulke in public,” Pearl wrote in a 2018 blog outlining the term. “And they truly mean it, as long as the Yarmulke is not decorated with blue and white Magen David.”

The term has other proponents, including Jewish Journal editor David Suissa who lamented that Zionists on college campuses lacked the protections given to gay, Muslim and transgender students.

“All societal phobias — from homophobia to Islamophobia to transphobia — are unacceptable, except, apparently, for Zionophobia,” Suissa wrote in a column last year.

And while the term has been slow to catch on outside of southern California, other Israel advocates have floated similar arguments about how what is traditionally called anti-Zionism can effectively discriminate against Jews even if not all Jews believe in Zionism or support Israel.

Misha Galperin, chief of the National Museum of American Jewish Heritage, has compared Zionism to Shabbat observance. While Jews may differ in their approach to both concepts, Galperin said, demonizing either one strikes at the heart of an important religious belief for many Jews.

Still, Pearl’s promotion of “Zionophobia” runs counter to the way most major Jewish organizations focused on both antisemitism and advocating for Israel have treated anti-Zionism. The International Holocaust Remembrance Alliance’s working definition of antisemitism, which has been adopted and aggressively promoted by much of the Jewish establishment, states that “denying the Jewish people their right to self-determination” in Israel may be antisemitic but that it depends on the context.

RELATED: Thirty-nine words about antisemitism are splitting the Jewish community

In recent months, both the American Jewish Committee and Anti-Defamation League took what appeared to be more unequivocal approaches to the question of whether opposition to Israel’s existence as a Jewish-majority state is antisemitic.

“We as an organization certainly believe that anti-Zionist rhetoric and speech should be treated as antisemitic in every respect,” Avi Mayer, the American Jewish Committee’s senior spokesperson, told Forward opinion editor Laura Adkins in October.

Similarly, ADL chief Jonathan Greenblatt responded to the controversy over Sunrise D.C.’s boycott of three pro-Israel Jewish groups in October by stating on Twitter: “To be clear: excluding groups solely because they support Israel is antisemitic.”

However, we remain concerned that these litmus tests targeting Jewish groups are becoming increasingly common.

To be clear: excluding groups solely because they support Israel is antisemitic.

But others in these organizations subsequently qualified those bold declarations.

Kenneth Bandler, director of media relations for the AJC, said that the organization believed “anti-Zionist hate speech,” as opposed to all expressions of anti-Zionism, “should presumptively be treated as antisemitic.”

And a spokesman for the ADL shared with the Forward a definition that the organization uses, which noted that anti-Zionism was not “inherently antisemitic,” although it became so if it was used to disparage Jews who feel a connection to Israel.

Pearl prefers to sidestep the messiness these definitions can foster.

“Every time we label an attack against Israel ‘anti-Semitic’ we lose the high moral ground and the conversation drifts to where we cannot win,” he wrote in the 2018 article titled, “Zionophobia — our only fighting word.”

If Pearl hopes that his new word will free the debate over Israel from a back-and-forth over the definition of antisemitism, he may be disappointed. Alon Confino, who helped organize the Jerusalem Declaration on Antisemitism over concerns that too many institutions were treating anti-Zionism as antisemitism, said the invention of “Zionophobia” seemed like an attempt to stifle political speech. 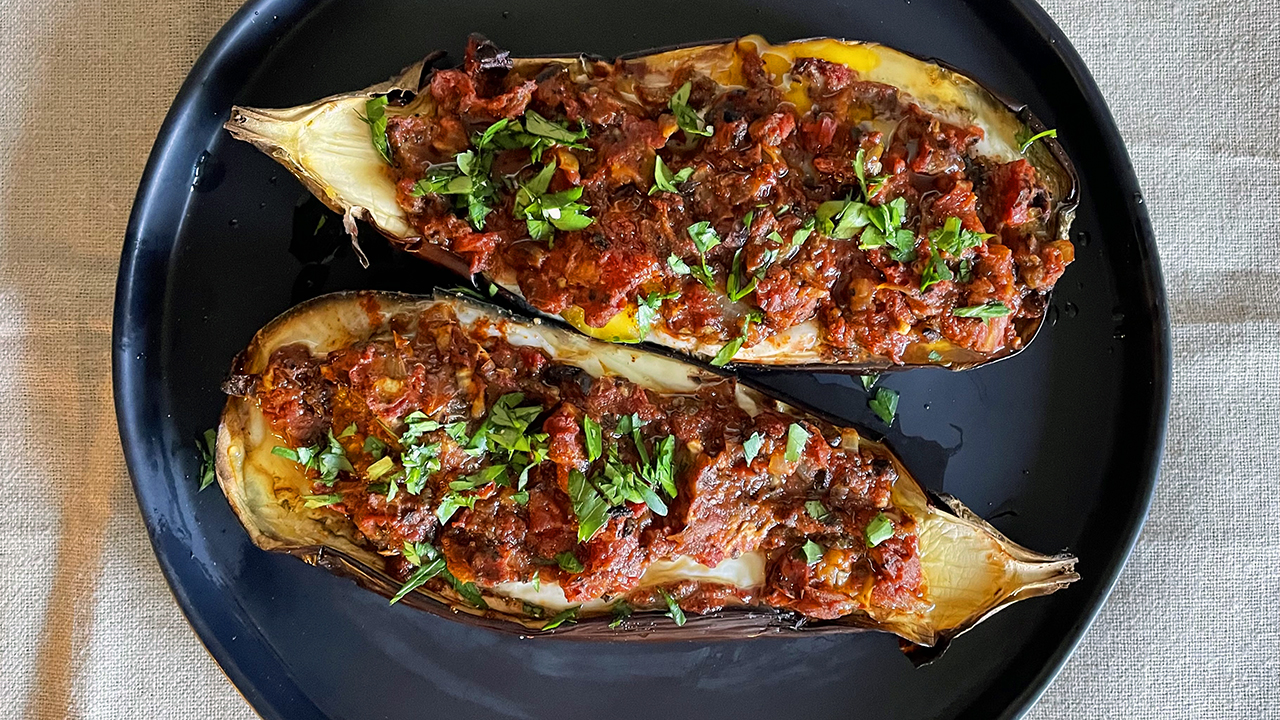 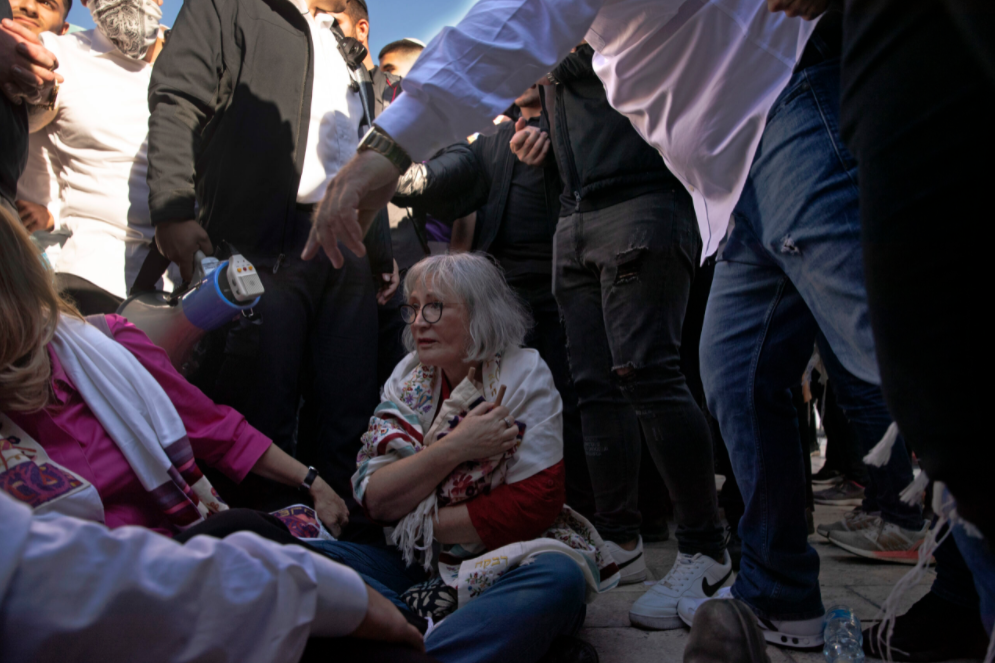