After living in San Francisco for 70 years, Leon Rajninger speaks nearly perfect English. But traces of his Romanian accent still linger, ever so slightly, hinting at some sort of story from long ago.

Indeed, as a child, he and his family were trapped in the nightmare of the Holocaust. And yet, miraculously, all of them survived, eventually making their way to America and to freedom.

Rajninger, 90, was the main speaker at an International Holocaust Remembrance Day event, held Thursday on Zoom and sponsored by the S.F. office of American Jewish Committee, the Holocaust Center at S.F.-based Jewish Family and Children’s Services, and the local Israeli, French and German consulates.

The event began with a slideshow of names and faces of those who, at great risk to their lives and livelihoods, worked to save Jews in Europe some eight decades ago. Many were diplomats, some were Christian clerics. All became members of an elite club: the Righteous Among the Nations, recognized by the Jewish people as true heroes.

Another speaker was California Lt. Gov. Eleni Kounalakis, a former U.S. ambassador to Hungary. “Every day brought a reminder of the Holocaust,” she said in describing her time in Budapest. “I will never forget the hundreds of stories and many survivors who told me their stories.”

Consul General of France Frédéric Jung noted that Jan. 27 — designated in 2005 by the United Nations General Assembly as International Holocaust Remembrance Day — was the date in 1945 when the Soviet army liberated Auschwitz-Birkenau. He also talked about the importance of the recordings of survivors’ stories.

“Future generations will not benefit from firsthand testimony from survivors,” he said. “It’s up to all of us that there will always be solid knowledge of this chapter.”

S.F.-based German Consul General Oliver Schramm called the Holocaust “the most horrendous crime that humankind had ever seen,” adding that the reconciliation that took place in the years since “is only possible if we Germans accept our history as it really was, and profess our collective shame and responsibility, and oppose all efforts that trample on human dignity.”

He went on to celebrate the revival of Jewish life in modern Germany, calling it “an amazing gift to our country. Vibrant and full of dynamism, yet it is still under threat. Jews are part of our common identity, and Germans must take a decisive stand against those who call this into question.”

On Jan. 20, the United Nations adopted a resolution condemning distortion and denial of the Holocaust, and encouraging social media to combat it. Shlomi Kofman, Israel’s S.F.-based consul general serving the Pacific Northwest region, addressed the resolution by saying, “It is needed now more than ever. Holocaust denial is spreading like a cancer.”

Of antisemitism today, Kofman added, “We see the same kinds of propaganda that were once publicized in the ’30s.”

Rajninger, who spoke next, was a direct victim of that cancer. Born in the town of Czernowitz, Romania, in 1931, he remembered Operation Barbarossa in 1941, when German armed forces invaded Eastern Europe, including Romania. The Jews of Czernowitz were herded into a ghetto, placed 10 to a room and given little food.

Brazenly, the Rajninger family asked a German officer for help and, inexplicably, he gave it to them, sending them to a slave labor factory in Ukraine, which allowed them to sidestep death.

It turned out there was no work there, but the family found a hut to live in, and it became their home for three years. Battling winter cold, typhus, lice and other miseries, young Leon and his family scrounged for food and somehow stayed alive. After liberation in 1945, they made their way on foot back to their Romanian home. At one point, Rajninger’s father was arrested by Soviet forces and sent to Siberia, but after nine months there, he was able to leave and the family was eventually reunited. After a few years in displaced persons camps, they all got their golden ticket to America in 1951.

“When we passed the Statue of Liberty, all 4,000 souls on deck, we were speechless and breathless,” Rajninger remembered. “The world finally had sunshine.”

Rajninger went on to serve in the Army in Korea, get married to Eva, raise two children and enjoy the blessings of grandchildren and great-grandchildren. He ran a clinical lab for decades and, in retirement, became a Holocaust educator, telling his story to thousands of students around the Bay Area.

Rajninger concluded by saying he has “an obligation to the young generation. The Holocaust history must be told over and over again to ensure that we remain vigilant, that crimes are not repeated, that we fight antisemitism, and that we fight all hatred.”

It was an echo of what Schramm, the German diplomat, said earlier in the program. Citing the iconic phrase that has come to symbolize Holocaust remembrance, Schramm’s words sounded more powerful in German: “Nie Wieder.” Never again. 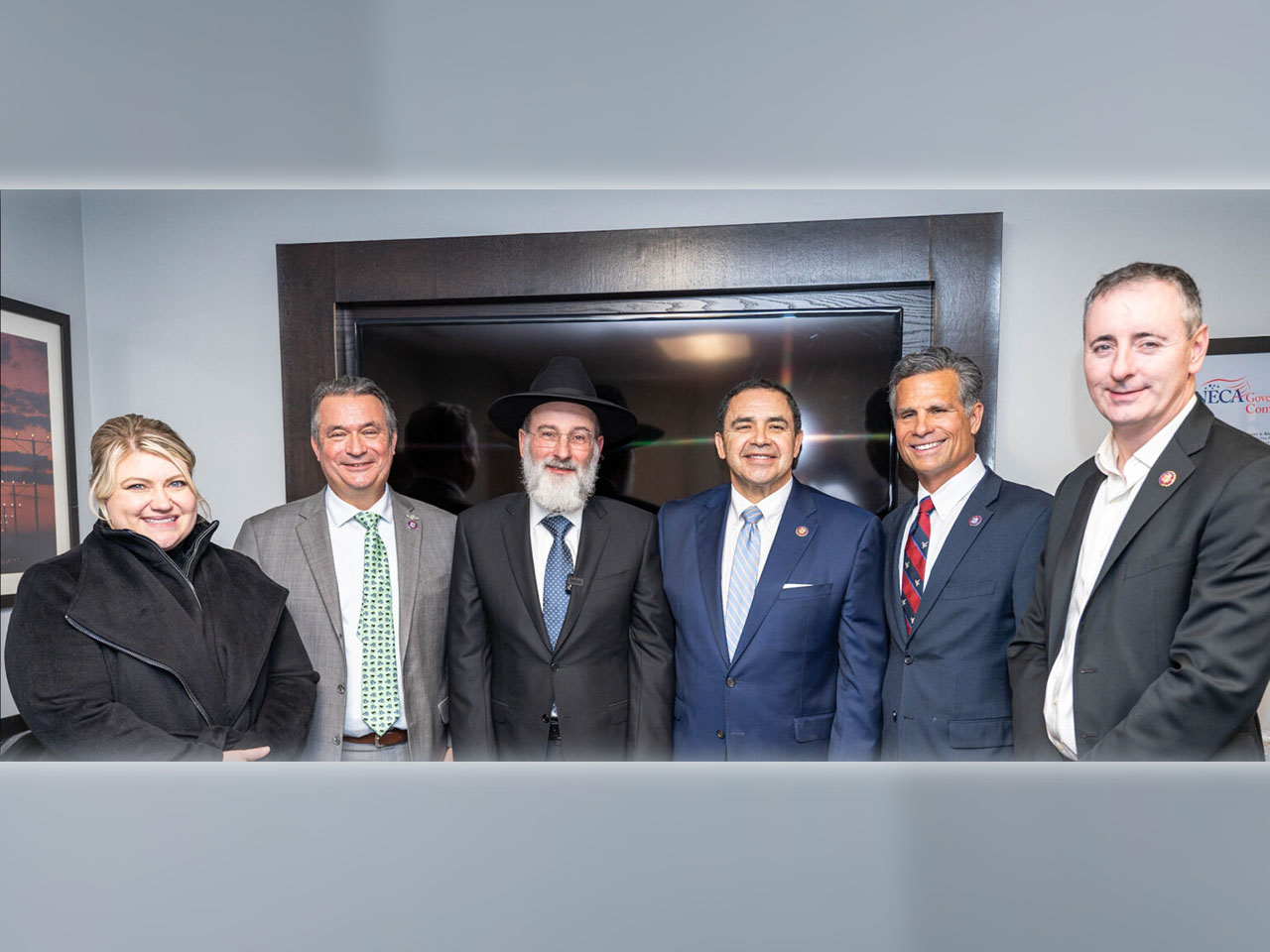 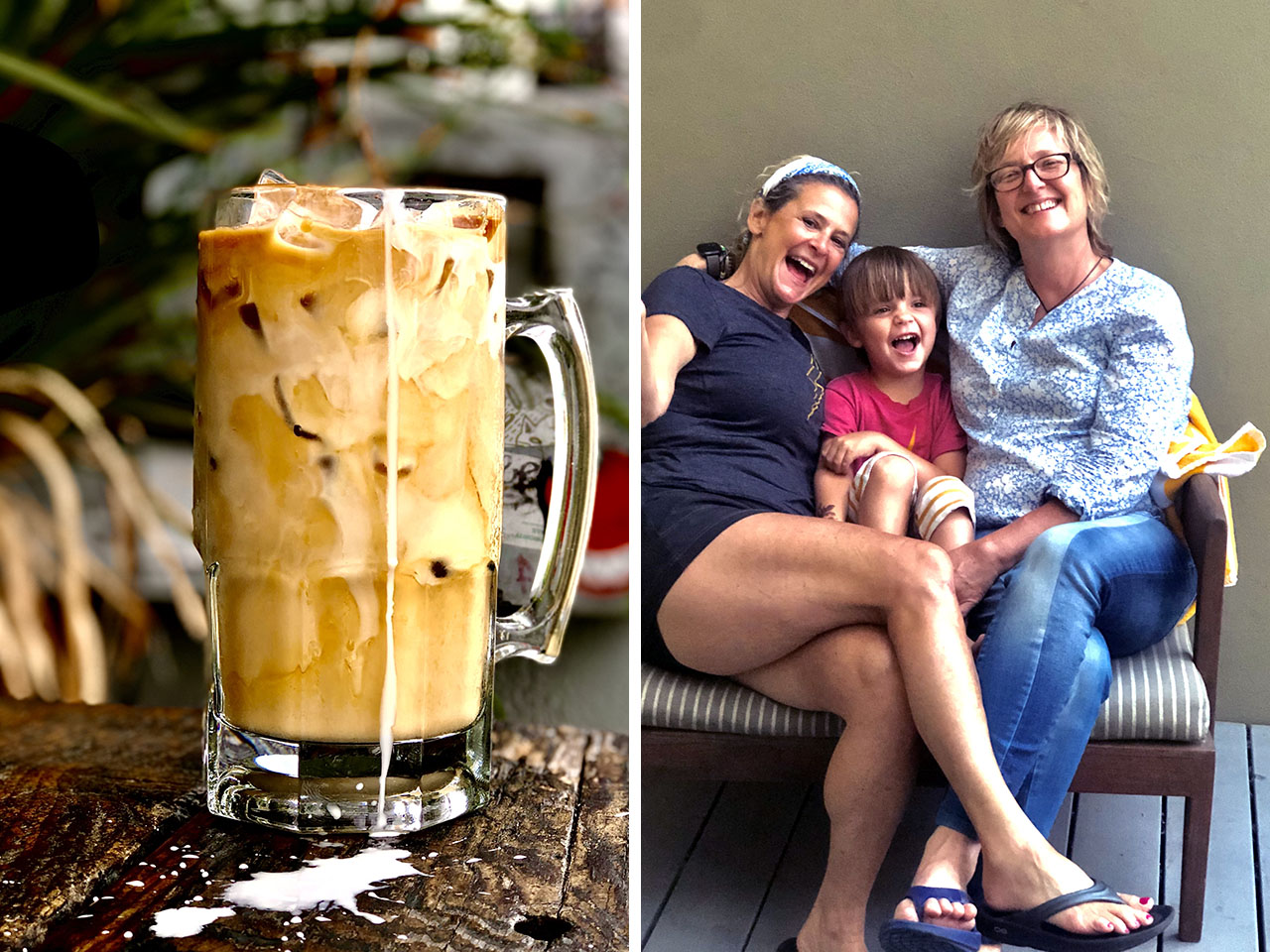