Sophia Zohar has a way of doing Jewish that’s all her own. Take how she designed her bestselling “goth chai” T-shirt. In 2018 she was working for a gothic-themed fashion company in San Francisco, but something annoyed her.

“I love the goth aesthetic, but it’s all really cross-based,” she told J. during a recent interview. “There’s a lot of Christian imagery in it. And so I started thinking, wouldn’t it be cool to do stuff like this for Jews?”

So she created a line of clothing and home goods called That Goth Life, featuring a ghoulish white chai on a black background. That creative take is typical of the 30-year-old Zohar, a San Francisco visual artist and Jewish social media star. Nearly 16,000 people follow her Twitter account, @maimonides_nutz, where she posts jokes and memes about the Talmud.

For example, she recently tweeted: “There are plenty of amazing Talmudic insults, I’m sure. But you really don’t need more than ‘woe unto the generation that has you as its leader.’” To which her followers responded with their favorite insults.

My Sunday school students occasionally get, "When you speak, it ages me greatly."

Sometimes Zohar’s esoteric humor goes over peoples’ heads. As a writer for Hey Alma put it, “Oftentimes, I won’t even understand the Jewish thing she’s referencing … but when I do get the joke, I am always (1) laughing and (2) impressed by Sophia’s ability to transform Jewish knowledge into a meme.”

Partly through her exposure on Twitter and Instagram, where she has another 11,000 or so followers, Zohar said she makes a real — if modest — living off the art she sells, including zines, prints and apparel. Her online store carries a line of Passover-themed shirts, leggings, masks, bucket hats and other items depicting each of the 10 plagues. It also offers a line of golem-themed merchandise displaying the Hebrew word emet (truth) and the traditional spell that animates the golem. The first letter of emet is smudged. Erasing the letter completely is believed to deactivate the golem by changing emet to met (death). The golem apparel is a big seller, Zohar said.

“I couldn’t speculate on why the golem is so popular, other than it’s really cool,” she added. “It seems to really, really resonate with Jews of all ages.”

Zohar also has an account with Patreon, the online service where fans can support an artist through monthly donations and receive exclusive artworks in return.

Zohar told J. that neither as an artist nor as a Jew did she ever think she’d end up where she is today. Although she celebrated her bat mitzvah, she didn’t go deep into Judaism until after she’d graduated from UC Davis and returned to San Francisco, where she was raised. There she joined a Jewish community — she declined to specify which — and began to immerse herself in Jewish text.

“I like that it’s different every time you go back,” she said. “I like how complex [the text] is. And you sort of unwrap the different complexity the more you go back.”

Zohar created the social media handle Maimonides Nutz in the middle of the night while caring for her ailing dog and feeling sleep-deprived. The pun — a combination of “Maimonides” (for the medieval sage) and “Deez Nutz” (for the internet joke) — just came to her.

Zohar started her Twitter account in late 2019 and credits some of her success to people staying connected via social media during the pandemic. Despite her large following, she feels ambivalent about her online fame.

“Sometimes it feels like I’m two different people,” she said. “I’m really shy — or, not shy, but reserved. And I don’t think that comes across in my online persona, and that’s been really interesting for me.”

Zohar is about to go more public. Starting April 26, she’s teaching a class presented by the Torah Studio online learning platform. “Pirkei Avot for Goths,” which consists of six sessions between Passover and Shavuot — the traditional time to study the ancient text on ethics — is already full. While Zohar teaches kids in Hebrew school, it’s her first time teaching adults.

“There’s already a waiting list, which is nerve-wracking to me,” she said. “But it’s been motivational for sure.”

The name of the class came to Zohar in a flash, and she’s still figuring out what it means.

“I think with a lot of Pirkei Avot study, the impulse is to go very academic,” she said. “So the subversive nature is really rooting it in emotion. But I could be wrong about that!”

Zohar isn’t sure where, over the next few years, she’ll take Maimonides Nutz and her art career. She’s considered scaling it all back and taking a job in tech, but she’s also thought about applying to rabbinical school.

Zohar hinted at such aspirations last year in an absurdist tweet: “I want to become a rabbi someday so I can make a ruling on the whole ‘can you eat Cheerios with oat milk?’ question and the ruling I will make is that we all just need to go to bed.”

She told J., “I think I have a good resume now, if not a little weird.”

I want to become a rabbi someday so I can make a ruling on the whole “can you eat Cheerios with oat milk?” question and the ruling I will make is that we all just need to go to bed 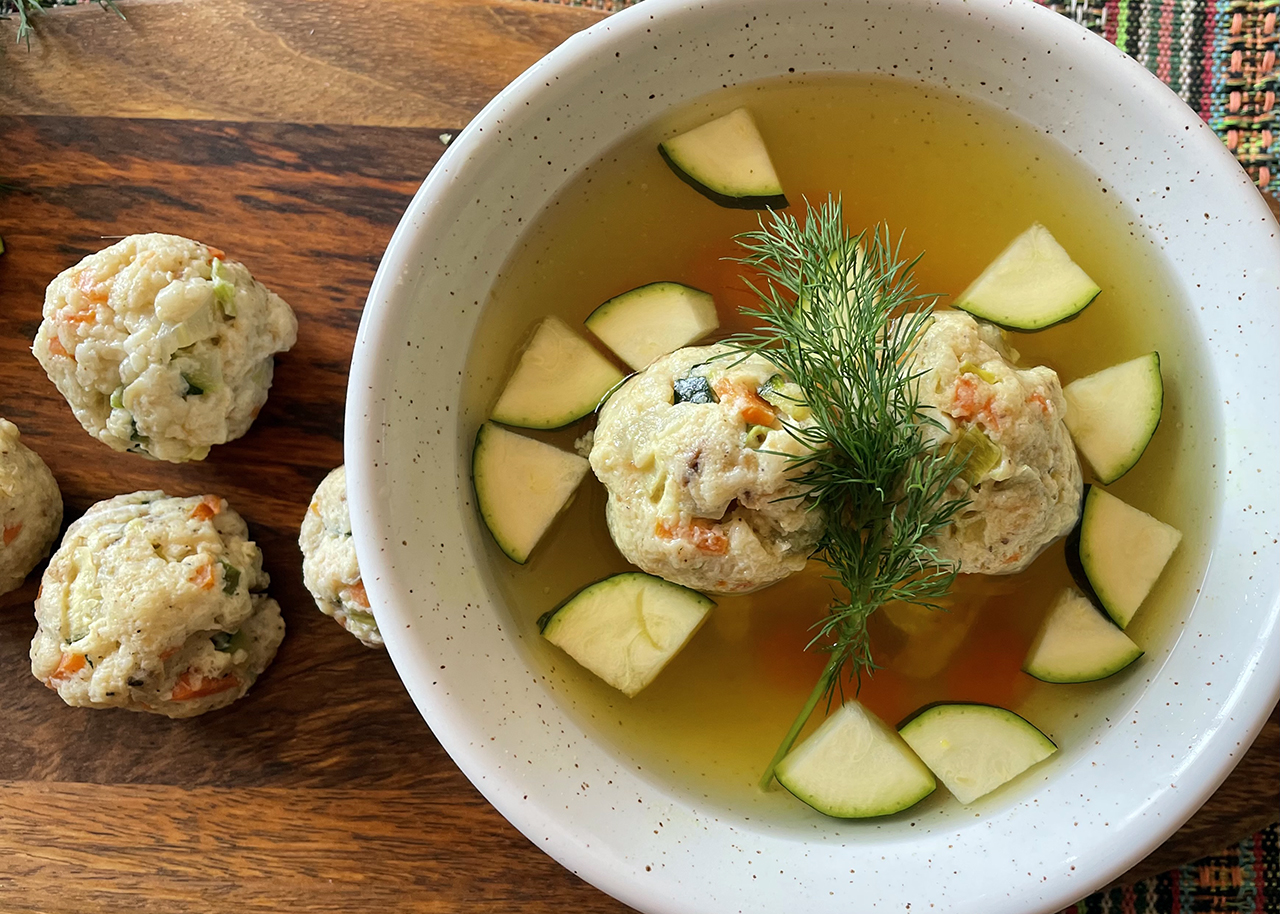